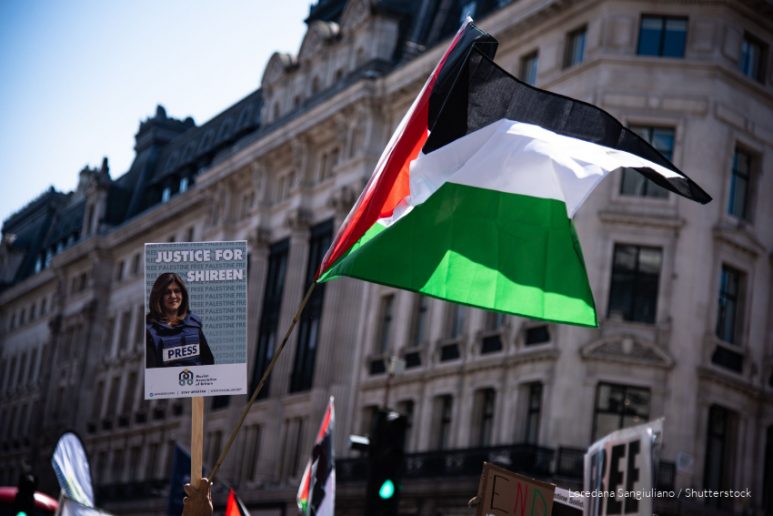 Shireen Abu Aqleh became a war journalist at a time when seeing women in such fields of journalism was almost unheard of, and continued to highlight the voices of women in the region simply by being on screen and doing the work she did.

Palestinian-American journalist Shireen Abu Aqleh, who was Al Jazeera’s correspondent in Palestine and Israel and had been covering the Israel-Palestine conflict for the last 15 years was killed while covering a raid by the Israeli army at Jenin refugee camp. The Palestinian Authority and Aqleh’s employer blamed Israeli forces for her death, while the Israeli military alluded on social media that ‘Palestinian armed gunfire’ might have been responsible. UN human rights experts condemned the murder and called for ‘a prompt, transparent, thorough and independent investigation into her death’.

Shireen Abu Aqleh was seen as an icon within global journalism, and a voice for many Middle Eastern women from a time when seeing a woman of colour in a press vest was almost unheard of. The reaction to her death was immediate shock and horror across the globe. However, amidst that shock was also a certain level of confusion as certain media outlets took to reporting about the incident in various ways. 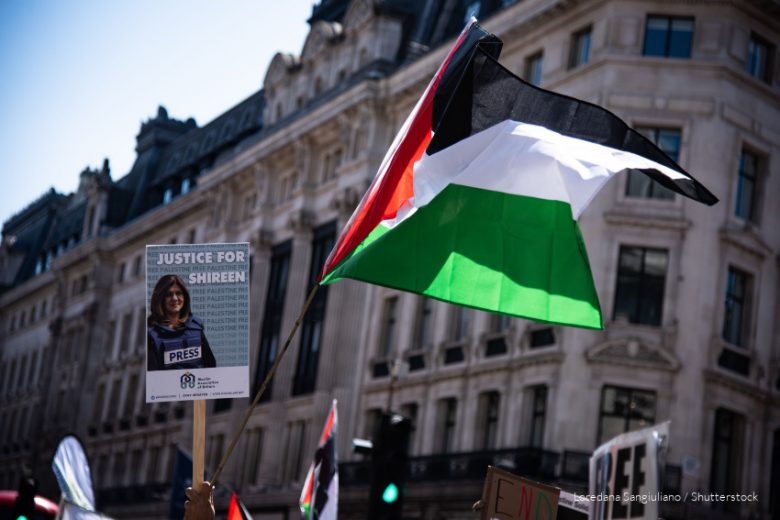 For those familiar with media policies often employed when covering the Israel-Palestinian crisis, much of how the situation played out was not new at all. Time and time again we’ve seen how the crisis in Palestine gains social media attention only for nothing to change once the noise dies down.

‘The truth is Abu Akleh’s death would not have made headlines had she been an ordinary Palestinian journalist but she was a US citizen as well as probably the most high profile female journalist in the region,’ Yvonne Ridley, author and journalist covering the Middle East and Asia, tells Media Diversity Institute.

But even with her identity as a US citizen lending some possible support, the very same media outlets that called her a trailblazing journalist were not as quick to be as clear regarding the instances surrounding her death. Many media consumers, and even experts in the field have been quick to call out the constant use of passive language across much of the media coverage. In fact the confusion created by such perceptions at the beginning was so great that Ridley says:

‘Initially you could be forgiven for thinking Abu Akleh’s death was the result of crossfire because of the way in which Western media reported the breaking news story. The narrative from most right wing media, including Israeli media, went further and blamed “Palestinian militants/gunmen” for her death.’

It was only after eyewitness accounts and much backlash around this narrative, including from Israel human rights group B’Tselem, caused the official narrative to claim that Shireen was killed by an Israeli sniper. But despite that acknowledgement, there is a distinct lack of accountability seen within media coverage. One that continues to talk about how Shireen ‘died’, or ‘lost her life’, without really pointing to what caused her death.

‘One of the patterns we see oftentimes when Palestinians are killed by Israel is that passive voice is used. So instead of Israel killing Palestinians, somehow Palestinians die, there’s something that happens that makes them die,’ Diana Buttu, lawyer and political analyst at the Institute for Middle East Understanding, tells Media Diversity Institute when talking about the patterns used against Palestinian narratives.

Recent coverage around other global conflicts, particularly in the case of Ukraine have made it all the more clear that these decisions around language and narrative are not universally used within reporting. Russian soldiers in Ukraine are reportedly being investigated for war crimes after killing civilians and there are multiple instances of civilians in Ukraine and even Belarus being supported for taking up arms against the Russian military.

The problem is that it is not just Israeli media narratives perpetuating disinformation or skewed perceptions around Shireen Abu Aqleh’s murder or other instances of violence in Palestine but the fact that reputed global media outlets often take the same passive or even biased stance.

‘Even when it became clear that she had been shot by an Israeli soldier, rather disappointingly some of the mainstream media continued with a diluted narrative. As one of the founder members of Women in Journalism, I was even more disappointed that Israel was not mentioned at all in a WIJ statement condemning her murder,’ Ridley shares.

The continuation of such narratives, even in such high profile incidents will only cement certain perceptions of the crisis in the minds of everyday media consumers. The western media’s failure to report accurately on Shireen Abu Aqleh’s death only seeks to perpetuate further beliefs of just how dangerous the work she did can be. It will continue the cycles of young Middle Eastern women, and women of colour not wanting to follow in Shireen Abu Aqleh’s footsteps because both in life and death she found no safety or justice.

‘These issues are important because unless you understand that Shireen was killed by an Israeli sniper as she was covering Israeli occupation then you cannot really understand the context. Secondly if you begin to use passive voice versus active voice it makes it seem like she was somehow a casualty of war. She wasn’t a casualty of war, she was a person deliberately targeted by the Israeli army for her extensive coverage on Israel’s occupation of Palestine. And if you hide that it makes it a tragedy rather than a pattern of behaviour Israel has put up. We already know Shireen is the 47th journalist, at least, to be killed since 2000 and all of these attempts to use passive voice or talk about clashes is an attempt to obscure reality,’ Buttu points out.

Shireen Abu Aqleh became a war journalist at a time when seeing women in such fields of journalism was almost unheard of, and continued to highlight the voices of women in the region simply by being on screen and doing the work she did. For her death to now be covered in such a way, it almost seems to close all the doors she opened for the women who looked up to her.

‘Only when the mainstream media reports fairly and truthfully on the conflict will ordinary consumers be able to understand the injustices around the Palestinian people,’ says Ridley