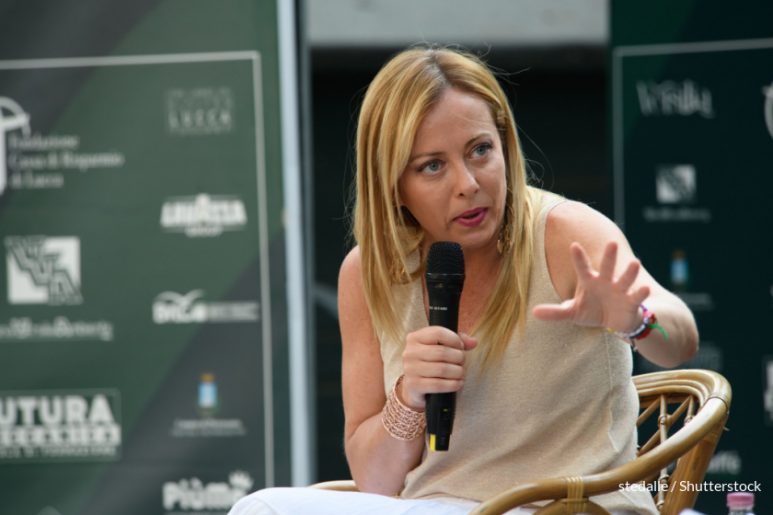 Everything suggests, unfortunately, that this relationship between flawed coverage and ruthless propaganda will occur more and more often.

Last August, Giorgia Meloni, leader of the Italian far-right party Fratelli d’Italia and the country’s likely next prime minister, was at the centre of fierce criticism. The backlash followed the politician’s decision of posting graphic footage of a Ukrainian woman being raped by an asylum seeker in Piacenza. Shared across all of Meloni’s social media accounts, the video was used as a hook to call for “more security”, suggesting that women should be protected from foreign aggressors. This is despite the fact that, according to the statistics, when it comes to violent crimes against women the aggressor is usually a person close to the victim (a family member, a friend, or a colleague).

The video, shot by someone who witnessed the scene from afar, ended up in various newsrooms. Some newspapers decided to publish it but pixelated the faces of the people involved. Others did not. Meloni’s staff took the video from the newspaper il Messaggero and mentioned the news media outlet as a source. The woman featured in the footage later told the Italian Journalistic Agency (Agenzia Giornalistica Italiana) that the video led to her being publicly recognised, which caused her great distress. The publication of the video provoked a strong backlash and was widely reported across the world, from Reuters to CNN. 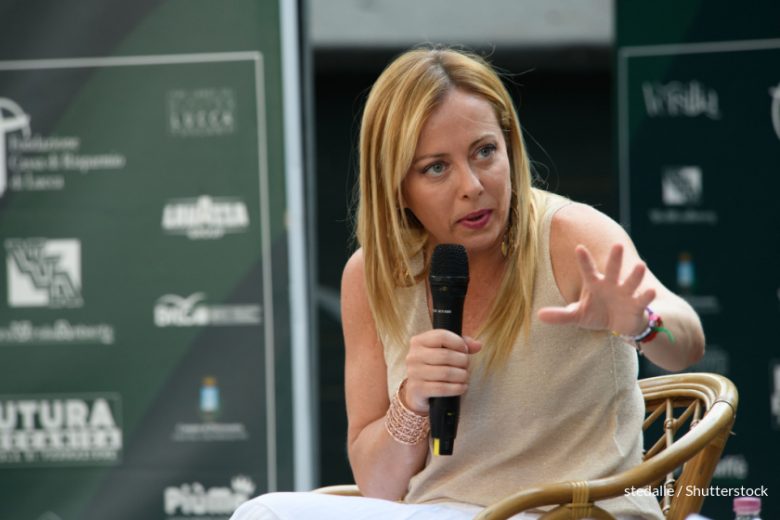 On the same day the video was published, the Order of Journalists (Ordine dei Giornalisti) condemned the incident and called for the establishment of a media and social media regulator. Still, the organisation does not appear to have taken any action yet. The Piacenza Public Prosecutor’s Office opened an investigation about the video and its distribution, and the Privacy Authority opened an inquiry. Then websites removed the pages where the video had been published, while the various social media platforms removed the videos from Meloni’s channels. No one apologised, there were no resignations or dismissals.

The only exception was a journalist from a newspaper who also published the video, Carlo Felice della Pasqua. He wrote on Medium an apology, even if he wasn’t involved in the incident: “Journalistic ethics requires us to correct mistakes, personal morality asks us to apologise. Nothing happened as I had hoped. That is why, after a dozen days, I decided to write this apology, even though I am a simple journalist and can only represent myself.”

What happened raises several issues. First of all, we have the exploitation of rape. Nothing can mitigate the unjustified pain, discomfort or humiliation that the published video had inflicted on the survivor woman or those who have undergone similar experiences. There is a point of no return that has been reached in this episode: this is the first time a politician has weaponised a rape video, while also exploiting the media’s anxiety to pursue click-baiting. But, as Sarah Harris explained, ‘femonationalism’ isn’t a political novelty and Meloni’s choice embraces this ideology.

In fact, Meloni responded to the criticism on the same day she released the video by attacking “the left” for its “delusional mystifications against her”, while she was only expressing her solidarity with the victim About ten days later, during a rally, Meloni showed she did not want to back down from this strategy: “They show [the Left] solidarity with women who suffer violence as long as the perpetrator isn’t an illegal immigrant because, in their rock paper scissors game, illegal immigrant wins against raped woman,” she said.

Women’s representation in the Italian media is another fundamental aspect of this issue. Italian publications are often guilty not only of objectifying women, but of spectacularizing cases of sexual harassment, violence, and even femicide. One common instance is, for example, that of scouring the victim’s social media profiles looking for selfies wearing a bikini or photos where she appears happy together with the person who killed her. These pictures are then accompanied by headlines that insist on the tropes of “jealousy”, “crime of passion” or “love raptus”. Not to mention the victim blaming or the double standard when it comes to the race of the perpetrators.

In this regard, Giovanna Cosenza, Director of the Master in Communication, Management and New Media at the University of Bologna, is very clear. “In my opinion, the proliferation of images and footage of the victim should be banned, since the media do not want to understand the issue, and do not have the sensitivity to do so,” she tells MDI.

This conviction stems from her long-standing experience as an academic and journalism trainer, which leads her to believe there are but very few exceptions to this rule.

“I’m clear because I’ve been thinking about it for years,” Professor Cosenza says. “I have this personal mantra that you don’t fight violence with images of violence. These are not simulacra, there is always a person with a name and a surname who has suffered violence or been killed”.

For Professor Cosenza, there is also a complete misconception of the duty of reporting that is applied in these cases and used against the dignity of the people involved. And the inability to admit mistakes and apologise, which, as we have seen in this particular case, was completely lacking, is also part of this disregard for dignity.

If those issues cannot be addressed by raising ethical awareness and through training, perhaps more pragmatic paths can be taken. Professor Cosenza gives the example of another industry where in Italy the stereotypical representation of women, sexism or even rape culture has been problematic, but where one has managed to intervene over time: the advertising industry.

Although different in purpose, traditional media and advertising are both industries that have to sustain themselves economically and generate profits. Professor Cosenza brings the case of the Institute of Advertising Self-Discipline (Istituto Autodisciplina Pubblicitaria, of which she is a member), “a private body that has always functioned better over the last few years”.

“When the IAP sanctions a campaign, it is withdrawn. There is an obligation to withdraw the campaign, and there is publication in the newspapers of the IAP’s sanction. If you withdraw a campaign you have lost money for those who financed it,” explains Professor Cosenza, who points out that this has, over time, increased the awareness and attention of the companies themselves.

What makes ethical codes work, in this case, is the direct link between complaints, their assessment, and potential reputational and economic damage. This link, on the other hand, is largely absent in the media system, where click-baiting and sensationalism are unhinged responses to a real problem. “The hunt for clicks, for the shocking paper press first-page, for an audience, is linked to economical survival, but it is a response full of holes,’ Professor Cosenza says. And when mistakes occur, a corporative mindset prevails, meaning the idea that journalists must protect their colleagues.

This follows a logic that does not stop the chronic crisis in the sector. It’s a very dangerous slope, and not only because of its most obvious effects, such as the dehumanisation seen in the Piacenza case. Going down this slope, journalists might stop asking “is this event newsworthy?”, and increasingly ask “Does this event provoke extreme reactions?”.

This second question is also topical in the propaganda of populist parties and follows their need to polarise. By indulging it and considering the actual political landscape, the media put themselves in a dangerous relationship. Everything suggests, unfortunately, that this relationship between flawed coverage and ruthless propaganda will occur more and more often.