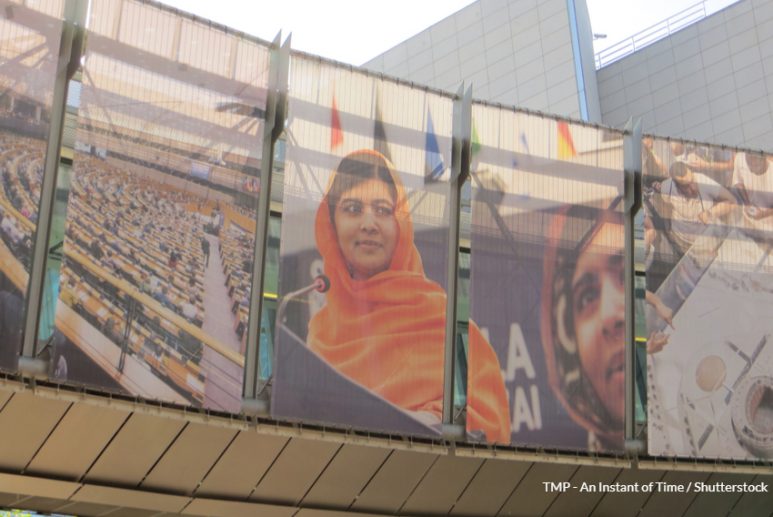 In 2015, a documentary based on education activist Malala Yousufzai, the world’s youngest Nobel Peace Prize Laureate was released. Following Yousufzai’s harrowing journey after being shot by the Taliban when she was 15, the young activist quickly came under the eyes of international media. As someone who was always inspired by those working around education inequality I was keen to see how amplifying Malala’s work and story on an international scale would further aid education inequality in Pakistan. Instead, I was met with a film that – instead of starting off with Malala’s work, spent a significant amount of time after leading in by asking her whether or not she had a boyfriend and if at all she was allowed to have a relationship. Despite my best hopes for the film, the questioning left me with a bitter taste in my mouth as it was eerily reminiscent of all the ways in which brown Muslim girls are often exoticised and alienated by media and painted out to be victims without actually letting them take up their own narrative.

This is often either because filmmakers want to stick to the beaten path in order to get a tried and tested audience, or they simply don’t want to look beyond their own privilege. 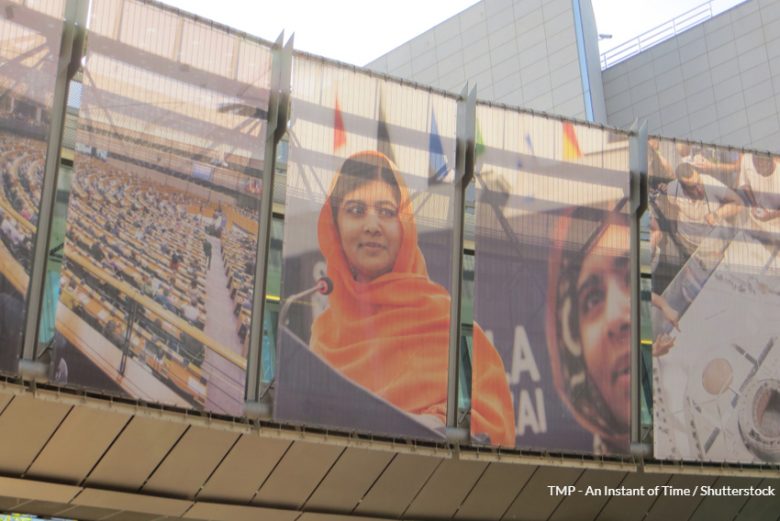 “Films and documentaries that show activities and events around the world from a western gaze will earn more money as they will be watched and consumed by a richer audience with a greater influence, and so this will push the larger production of such content, which in turn will mean it is shown internationally and even influences countries and areas not western,” Dawood Qureshi, a wildlife filmmaker and Researcher at BBC Natural History Unit and BBC Earth, tells Media Diversity Institute.

As a 16 year old at the time when Malala’s  documentary came out, I was still a naive hopeful who believed that when someone said they were making a documentary, it would be nothing but fact. He Named Me Malala was the first time I realised how everything we consume should be understood through the eyes of the creator making it – because whether it’s as obvious as this incident or far more subtle, everything has a certain bias to it. But filmmaker Rahul Aijaz, who is also a film and culture journalist points out that perhaps it would be wrong to even want to remove bias in all cases.

“The more important question is whether that bias is helping make the film better or not,” he says while adding, “the documentary ‘For Sama’ by Syrian filmmaker Waad Al-Kateab is a subjective and extremely personal journey. The objective reality of the situation – war and chaos and death – that she finds herself in is reflected through her perspective and it’d be ridiculous to remove that and make the documentary ‘neutral’.

Documentary filmmaking is not journalism. And even as journalists, you can never be completely neutral. Objective truth is a myth, I believe,” Aijaz tells Media Diversity Institute.

Keeping a check on your own influence in your work as a filmmaker is also equally important, Aijaz points out.

“When making a film, if you’re close to the subject, you are bound to be emotionally charged about it and sometimes, it makes the work easier, and sometimes, not so much. With fiction, it’s almost always good to have a perspective and a personal approach towards the subject. When it comes to documentaries, it gets slightly tricky, because once again, you can never fully be objective. There is always your perspective, from choosing what to narrate, in what sequence and how. You “edit” a documentary so in essence, you are choosing what to show and when and how. That in itself is manipulation of the so-called objective truth,” he says.

Still, he also shares that one way in which he counters one-sided views is by engaging with the other side no matter how polarising the topic may be. He is also careful of what films he consumes, and how he takes their messaging – adding that he makes sure to read up on filmmakers and the making of a documentary, as well as trusting his own instincts about whether a film showed the whole picture.

As a viewer it can be much harder to delve into the details of a film and understand what goes on behind it, but awareness and education can go a long way in bringing about change.

“If you are aware of someone else’s perspective on a topic, and if you are aware of the issues that are occurring around the world from a non-western, non-Eurocentric point of view, then you will be able to pick up on the biases that are presented to you in many of the films we are provided,” says Qureshi.

The lines also get blurred further because despite what we think about documentaries being completely cut and dry, and fiction having no connection to fact, the reality isn’t as black and white as that. She refers to how Seaspiracy, a 2021 Netflix documentary focusing on the harms of the fishing industry ended up being quite heavily dramatised. Those blurring lines aren’t necessarily a bad thing, and Aijaz points out how sometimes fictional films can do better in helping audiences engage with social justice issues.

“Especially when it comes to social justice issues, fiction films are undoubtedly superior because documentaries tend to become preachy like religious clerics. Nobody likes being preached to. Not the audience, not the makers. So, in effect, when filmmakers present a character and his or her journey, and you care about the characters, it becomes a more effective way to empathise with them. For example, the Egyptian film ‘678’ has given me more perspective and empathy about women going through sexual harassment than perhaps any documentary could,” says Aijaz.

Maybe it’s to do with the changing media landscape, or perhaps it’s that a greater demand for transparency and more awareness is leading viewers to ask these questions. But at the end of it, we can no longer neatly categorise documentaries and commercial films as full fact or fiction because both exist within a specific context. In learning that, we would do alot better to really understand the media we are consuming.