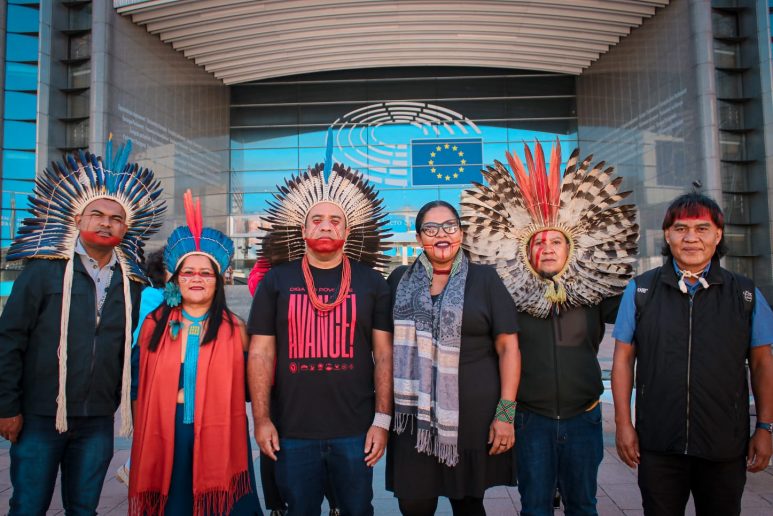 The environmental and humanitarian disaster represented by the Bolsonaro government has opened more space for dissident voices to express the circumstances they live under as well as to denounce the crimes they have been suffering.

The so-call ‘discovery’ of Brazil in 1500 was the beginning of a long and continuous process of genocide of the country’s indigenous people. Their struggles have been neglected for years, however, more recently they have been gaining more and more space in the media. The environmental and humanitarian disaster represented by the Bolsonaro government has opened more space for dissident voices to express the circumstances they live under as well as to denounce the crimes they have been suffering. But it is still far from ideal.

Historically, the indigenous issue has always been a footnote in the traditional media. 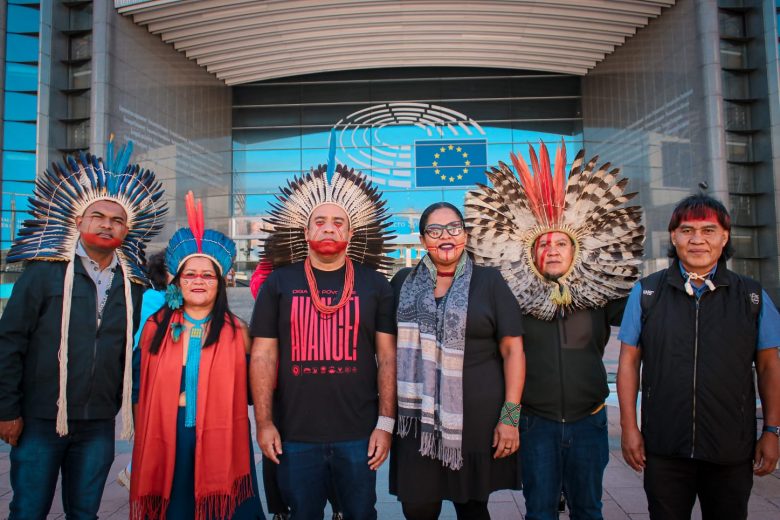 ‘[Nowadays] the indigenous issue in the Brazilian media is [still] little addressed. The indigenous issue today appears mainly in stories about the invasion of demarcated lands, or confrontations with miners, for example, or when there is some high-profile case,’ Eduardo Barbabela, Political Scientist at the State University of Rio de Janeiro (UERJ) tells Media Diversity Institute.

‘The coverage is normally limited to discussing the facts briefly and there is little concern in the media to delve into the indigenous discussion in the country. When reports get a bit off the police pages, however, the indigenous people are presented as protectors of the forest, and their rituals and culture are valued in the reports. But this type of reportage today is much smaller than police reports,’ he continues.

‘The media needs to give us visibility; it’s just that the mainstream media doesn’t do it because the interest in profit is much greater,’ she tells Media Diversity Institute.

At the same time the elites benefit from forest destruction.

She explains that before talking about the climate crisis and its impact on indigenous communities it is necessary to understand that,

‘there are crimes committed and that these crimes are planned, they are programmed to happen: the environmental crime, the health crime, and several other crimes that are committed against the forest and against us – indigenous people. And there is no greater information and clarification by the media about these crimes.’

The climate crisis serves to stir passions, feelings; it affects everyone; it generates solidarity, but specific crimes against indigenous populations and the forest where they live are hidden, treated as something minor.

‘During the Bolsonaro government, both the climate issue and the concern with indigenous people gained some space in the newspapers. The main reason for this was the government’s inaction in guaranteeing the preservation of the environment in the country,’ recalls Barbabela.

The climate crisis is an issue that is on the media’s agenda and is here to stay, ‘especially with the global concern about climate change, but the impact on indigenous populations has never been a concern of the Brazilian media. This issue is presented as a secondary theme, tied mainly to issues such as the preservation of the Amazon rainforest and the invasion of demarcated lands, for example,’ he adds.

Caetano Scannavino, co-ordinator of the NGO Projeto Saude & Alegria (Project Health and Joy) in the Amazon region, thinks that the way Bolsonaro talks about the indigenous populations and the environment has played a role in the media’s attention to these issues.

‘In a country in which the president wakes up and goes to sleep talking 24/7 about indigenous issues, the environment, the Amazon, agribusiness, the climate, NGOs, it is clear that a very large space opens up in the media for a counterpoint. In a certain way, Bolsonaro has even contributed to increasing the spaces, whether on television, in the news, in print journalism or on the internet itself, for discussion of socio-environmental and indigenous issues,’ Scannavino tells Media Diversity Institute.

Managing to bring a debate that often carries scientific complexity which, historically, has not had so much relevance to the lay public while facing a government which aggressively opposes environment and indigenous agendas is a tremendous challenge.

‘In the midst of all this, of all the crisis, comes a Bolsonaro government with an anti-environmental discourse, which in a way forced media companies, journalism itself, to accelerate its preparation to be able to cover this type of agenda, especially in relation to the Amazon, in relation to indigenous issues, in addition to the climate issue,’ Scannavino tells Media Diversity Institute.

‘The issues dealt with by the media take into consideration what the newspapers understand as hot topics and that attract the public’s attention to consume the story. So as long as we are in a government that does not take care of environmental preservation, the theme comes back, because the data will present worrying information,’ says Barbabela.

It is necessary, he adds, ‘to create an engagement to attract periodic attention and build a routine of concern for the forest and the indigenous people to keep the theme under constant discussion.’

And to a large extent the media has been guided by social networks, forced to address the issue by the presence of activists and indigenous leaders and NGOs on social networks with a large following.

Yxapyry explains that indigenous people today have social networks as a means to express themselves.

‘Today, technology has arrived to show our reality, what we suffer, how we are persecuted and killed, how we are politically persecuted within the processes of demarcation of our lands,’ she says.

She also says that the world can see ‘who are the defenders of forests, of biodiversity,’ and how the government of far-right president Jair Bolsonaro has done everything possible to attack these populations and the environment.

Today, says Scannavino, ‘an indigenous leadership records a video and posts it on the social network about an illegal mining dredger invading their land, the indigenous land there where the village is located’. There is no need to wait for the media to pick up on a story, they can do it by themselves.

Beyond the Bolsonaro government, Scannavino understands that the pandemic has brought an opportunity for Indigenous influencers, for the Indigenous movement as a whole.

‘We see an Alessandra Korap Munduruku, a Txai Suruí, among other indigenous activists, participating in lives, expressing their thoughts on Instagram and Twitter, bringing the reality of their regions and ethnic groups and making denunciations. And all this has intensified with the pandemic,’ says Scannavino.

And it is these activists who end up bridging the gap between the reality of indigenous communities and the mainstream media. They end up serving as sources and are, together with NGOs, regularly consulted by the media.

Yxapyry explains that thanks to this recognition that social networks bring, the government is increasingly trying to make indigenous populations invisible.

‘All these years, since 1500, we have managed to preserve our forests, to tell people why we preserve the forests, it is for life, and we have been attacked especially by the Bolsonaro government, which has released mining within the territories, releases weapons and through this comes violence, the death of women, contamination of waters by mining with mercury that is killing our children; all this is done to make this erasure precisely because we are having recognition,’ she says.

It is a constant struggle for the indigenous community to maintain its online presence, seek representation and space in the media, combat attempts to make them vanish as well as battle a government that continues to promote the genocide of indigenous populations.