Event: Religion and the Media: Telling the Untold Story 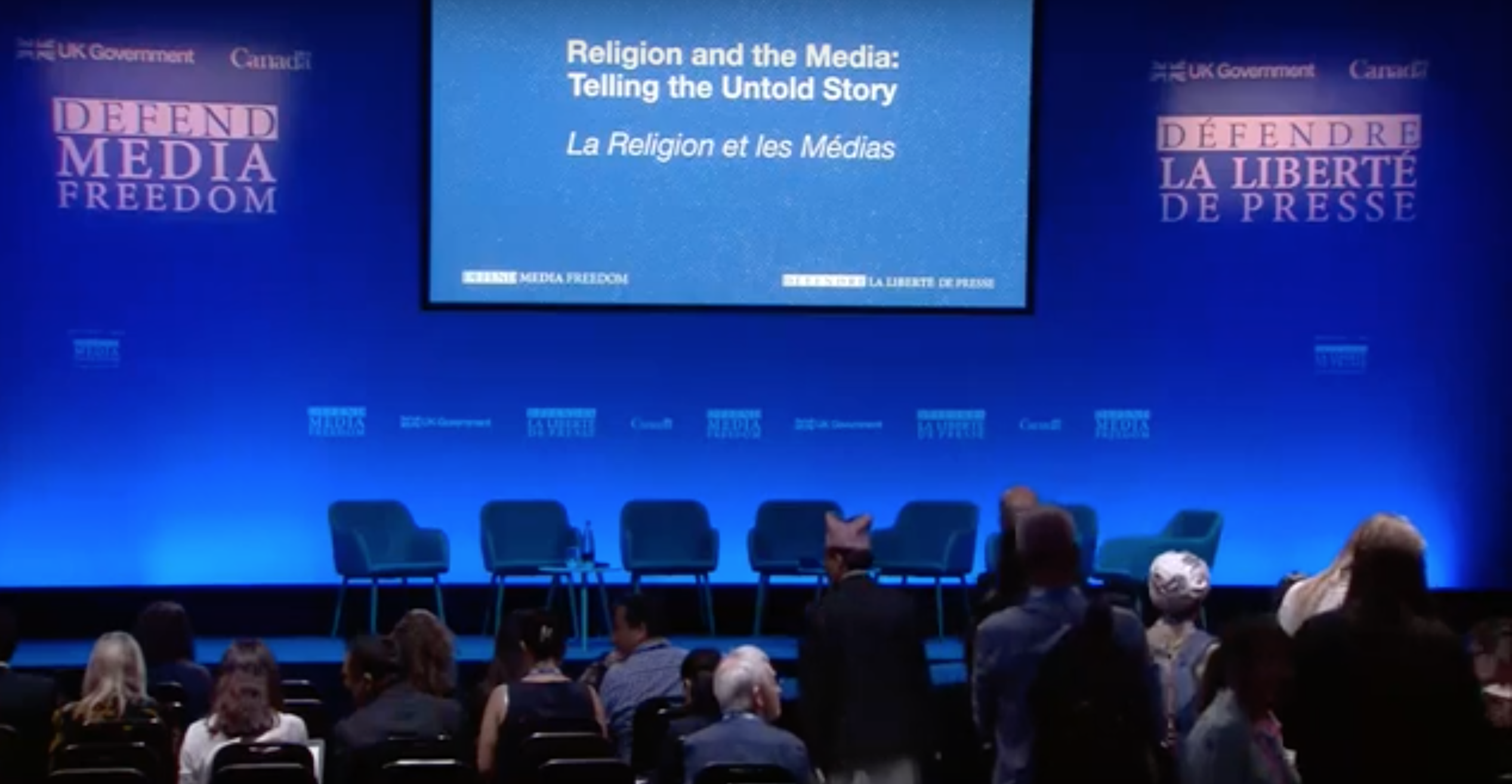 “If politicians come with a nasty discourse, journalists need it give it some context,” said MDI Executive Director Milica Pesic, making the point that journalists often craft their articles around quotes from political figures, and—when those political figures are known for hateful rhetoric—make their media outlets into a de-facto propaganda outlet.

Many of the other panelists provided examples of how this has played out in their countries. In Pakistan, Christians are sidelined in the media, normalizing hate crimes and persecution. In neighboring India, it is difficult to find a media that isn’t religiously affiliated—and therefore, religiously biased. Meanwhile in Europe, particularly secular states like France, many journalists do not come from a religious background, and therefore find it challenging to report accurately and responsibly on communities of faith.

In past conversations, we have noted that this is one issue that could be improved with greater diversity in the newsroom.

“We can fight for a free media, but if we do not also fight for a responsible media, we are left with tabloids like the Daily Mail,” Pesic continues, elaborating on the fact that sloppy coverage on religion can have very real consequences for communities of faith. Just recently, the Muslim Council on Britain released a study that found that 59 percent of the tested media outlets’ coverage of Muslim communities is negative.

We look forward to continuing the conversation this week at the Ministerial to Advance Religious Freedom at the US State Department in Washington, DC later this week.

For more on MDI’s coverage of this topic, check out the video from our 20th anniversary event, where we examined the growing importance of religion in the media.