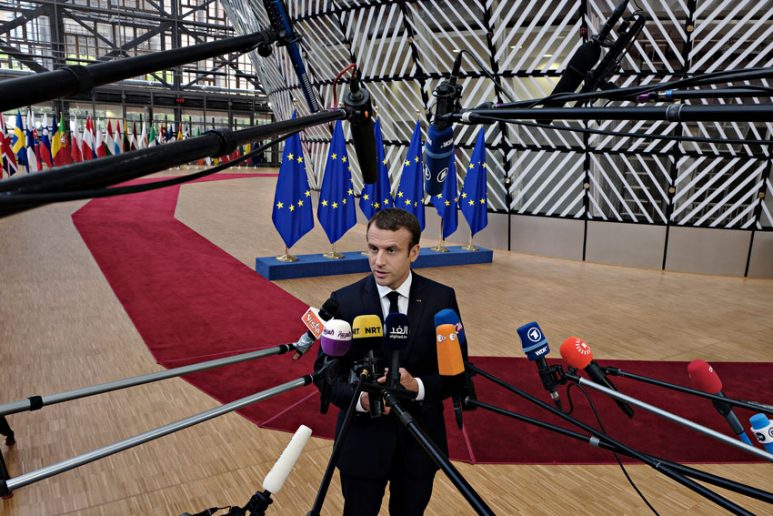 France's hardline governmental and media offensive against "Islamist separatism" is tightening the screws on already marginalised Muslim communities in the country, prompting many French Muslims to consider leaving the country.

In the midst of the Covid-19 crisis and its attendant economic aftershocks, French President Emmanuel Macron chose a strange time to give a speech on 2 October concerning what he dubbed “islamist separatism” in France. Despite opening with a more neutral statement against “separatisms” in general, Macron soon focused on Islam, singling it out as a religion “in crisis all over the world” and mentioning Islam and Muslims 62 times throughout the speech. He then went on to outline his government’s new five-point plan of action, most notably targeting associations which “in reality deploy clear strategies of indoctrination”. He additionally proposed a project to create “an Islam of the Enlightenment […] a French Islam”, involving creating a French training curriculum for Imams, increasing the power of police commissioners to close mosques and dissolve associations, as well as reinforced monitoring of school-aged children to make sure they are attending public or state-contracted educational institutions.

This speech – combining an unclear reasoning with unambiguous discrimination – raised eyebrows and drew criticism across the French civil society, but the government’s rhetoric became harsher following the terrible attacks on teacher Samuel Paty and in the cathedral in Nice on the 16th and 19th of October, respectively. Speaking on TV on 20 October, the Minister of the Interior – Gerald Darmanin – railed against halal and kosher aisles in supermarkets: He stated that he was “shocked” and warned “that’s how communitarianism begins”, using a term that frequently serves as a synonym for separatism or tribalism in French. 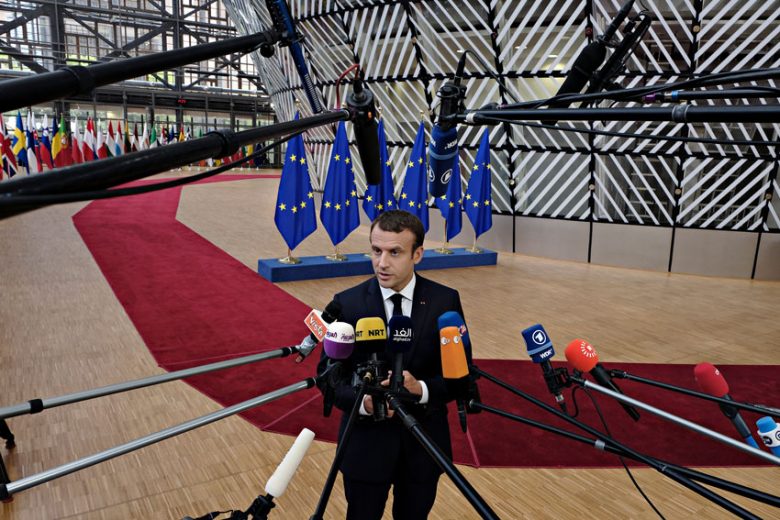 Meanwhile, the Minister of Education – Jean-Michel Blanquer –  gave an interview published on 24 October in which he criticised “intersectional theses”, insisting that these theories “imported from American universities” represent a grave danger: “[they are] the breeding ground of the fragmentation of our society, and of a vision of the world which converges with the interests of islamists”. In doing so, Blanquer plays on the conspiracist trope of a secret alliance between leftist academics and “Muslim invaders”, a trope rooted in France’s far-right political theories.

In addition to these right-leaning statements, Macron’s government also took swift repressive action: closing down a large mosque in Paris’ suburbs, arresting and questioning 10-year old children for hours, dissolving a Muslim humanitarian charity and calling for the dissolution of an anti-islamophobia advocacy NGO, conducting raids on Muslim activists “not necessarily linked” to the attacks in order to “send a message”, calling for the deportation of over 200 undocumented migrants, and heavily criticising foreign press coverage of these actions.

“There is a clear evolution of the government’s discourse and actions,” explains Marwan Muhammad, a statistician who, until 2017, was the director of the Committee against Islamophobia in France (CCIF), an NGO which has chosen to leave France following its notification of dissolution by Macron’s interior minister.

“The heaviest and most painful dynamic in the lives of Muslims in France is that for almost 3 years now the Islamophobic speech of certain persons is now completely unleashed,” he continues.

Marwan Muhammad is not the only activist to have noted this uptick in hate speech over time: “It comes from the way Muslims – and not just the Muslim faith – are treated in the media”, confirms Saphia Aït Ouarabi, the vice-president of SOS Racisme, one of France’s leading anti-racist organisations.

“These are media that – as we’ve seen more and more in the last few years – will give a platform to the right and the far-right much more easily. There is an under-representation of guests or experts from the left or the far-left because it corresponds to the editorial and political line of these media to favour guests from the far-right. The far-right has been welcomed onto TV studios, and their discourse has become legitimised and deployed everywhere.”

The vanguard of this sharp right-wing turn in France’s media landscape is without question the 24hr news channel CNews.

“CNews is truly the prime example of a ‘Trump-isation’ of France. A sort of French Fox News,” clarifies Saphia Aït Ouarabi.

“With this channel, the National Front in France – which today is known as the National Rally – doesn’t even need to make advertisements or campaigns,” she continues.

CNews, which was known as I-Télé before its rebranding in 2017, has emerged in the past year as both having markedly far-right editorial policy as well as surging popularity, both due to the channel’s decision to platform infamous far-right pundit Éric Zemmour.

“SOS Racisme has taken Zémmour and CNews to court with the CSA (France’s media regulator) many times, to condemn his statements,” Saphia Aït Ouarabi wearily explains, “because they were statements calling for hatred of Muslims and unaccompanied [immigrant] minors.”

As a result of this climate of hatred, many Muslims are facing severe pressure:

“When people talk about you, you are criminalised every day on TV. Every day you are described as an ‘internal enemy’,” says Sihame Assbague.

For Sihame, the constant Islamophobic rhetoric being spewed by CNews and other media leads to constant discrimination, an observation supported by the CCIF’s data: From 2017 – when Emmanuel Macron was elected – to 2019, Islamophobic acts have risen 77% across France.

The desire to leave France, according to Marwan Muhammad, is present in every conversation of every Muslim family who are questioning their place in the country. Despite declarations of unity and of a diverse society and culture, the reality of the French society is brutal.

“Those who have the luxury of being able to leave are asking themselves: Do I want to raise my children in a context like this one? Do I want to give the best years of my life to a country where I don’t feel respected as a man of faith or person from this or that background?” he tells MDI.

Life in France seems to be becoming harder and harder for those French Muslims who cannot leave – or who choose to stay and fight – and both the government as well as the media have their share of responsibility for this.

For more coverage on the French’s media coverage of French Muslim’s read: “‘The Enemy Within’: Media Coverage of Samuel Paty Murder Fuels Hatred against Muslims” on the page of our project Get the Trolls Out!