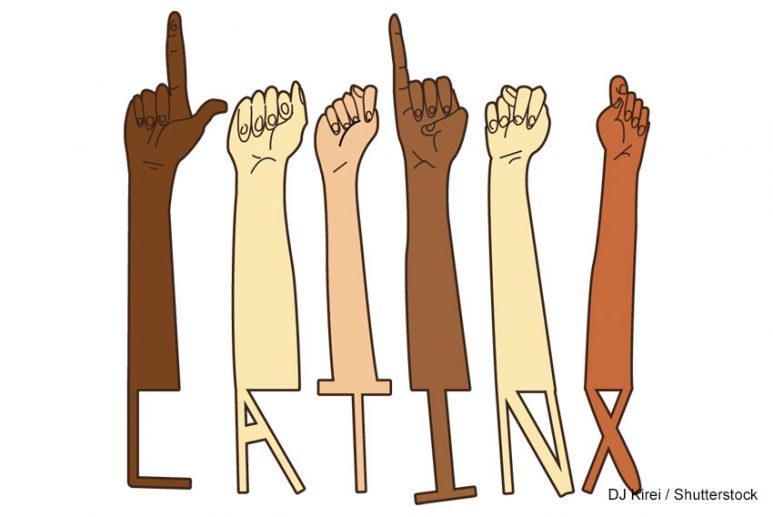 From Broadway to Hollywood: ‘In The Heights’ Aims to Break the Barriers of Latinx Representation

Until a Hollywood film accurately represents the Latinx community, there will still representation battles left to fight, and the glass ceiling will remain in place.

Long before Hamilton, Lin-Manuel Miranda was known for his first successful project, a Broadway Musical called In The Heights. It was a significant achievement in 2005, with Latinx voices and stories being represented and celebrated on what had always been a predominantly white (and wealthy) audience. This celebration of diversity is the crux that the musical defines itself as. When it first debuted on Broadway, critics praised its ‘distinctive, cultural roots’.

Sixteen years later the film’s trailer received an outpouring of positive YouTube comments saying the trailer alone made them feel seen in a way Hollywood had not done so before.  On the surface, it is a triumph that is breaking the glass ceiling. The cast and crew routinely declared in the pre-release press how this is a celebration of all Latinx culture and Latinidad of which Hollywood has never made before, with thousands online comments to the trailer concurring. 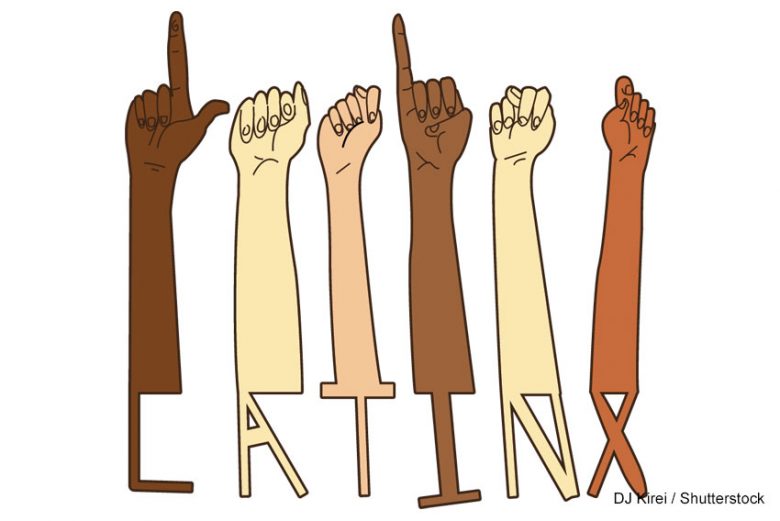 “It skillfully incorporates characters of different national origin, race (the Afro-Latinx component is extremely important here, as this has historically been doubly marginalized), and age (amongst other factors). The latter, importantly, demonstrates both how long Latinx bodies have been in the US (dispelling the political talking point of an ‘invasion’ at the border), and shows how different generations have had to deal with different challenges (both cultural and political),” he continues.

Pre-release publicity also highlighted the diversity of the cast and crew, and the rarity of a big-budget summer blockbuster being distinctly Latinx. Shortly after the film’s release however, it received passionate criticism for its lack of dark-skinned Afro-Latinos in leading roles.

For all its joyous song and dance numbers, multi-lingual dialogue, Latinx cast and crew and endless shots of Washington Heights’ residents waving flags from all across Central and South America, In The Heights was never going to be just an example of how far Latinx representation has come. Though it does achieve this and deserves that credit, it also has similar faults which explain why that representation has been so hard to come by before now. For all marginalised groups, being represented at all in a historically white-centred industry is one achievement but being represented accurately is often another fight entirely. In The Heights, has both achieved and failed at both.

The situation for LatinX representation so far in Hollywood has been dire. According to a 2019 Forbes article, “Latino actors barely landed 4.5% of 47,268 speaking roles in the 100 top-grossing U.S. movies from each of the past 12 years and only 3% were leads or co-leads.” There is little positive news to mention prior to this. Silent films briefly included a high number of LatinX stars (though only light-skinned actors were given leading roles) and, of course, no accents would be heard. Rita Hayworth (born Margarita Carmen Cansino) was one of many leading actors who anglicised their identity before achieving success in the early days of Hollywood, while famed Mexican actress Dolores Del Rio often complained that she was often described as Spanish.

For the rest of the century, roles for Latin leads declined, with most parts available were for degrading and negative stereotypes; victims incapable of defending themselves, characters who were overly sexualised, and, significantly, the image of lower-class criminals which would become a major stereotype for the Latinx community which is still prevalent today. The same Forbes article found that “among the findings across 200 films from 2017 to 2018, 24% of all of Latino speaking characters were depicted as criminals (mostly gang members or drug dealers).”

West Side Story (whose Steven Spielberg’s remake is also out this year) is as close as Hollywood has come to positive Latinx representation in the minds of the majority community. The musical, and its 1961 movie adaption, was one of the first times the Puerto Rican diaspora were represented in Western popular culture, certainly in a commercially successful way. It has also become a vehicle which has helped hundreds of Latinx performers to gain recognition and employment in front of the audiences on Broadway. But it is also hugely unauthentic, and remains as a product of its time – a white-washed interpretation of Latinx culture.

Many of the Puerto Rican characters in the 1961 film wore brownface, the famed choreography relied heavily on Spain-inspired dance as well as showbiz jazz, and the film’s crew were almost exclusively white non-LatinX, with song writer Leonard Bernstein even admitting he had “never even met a Puerto Rican” prior to writing the show’s numbers. The main representation the LatinX community have supposedly ever had in Hollywood is still, regrettably, the Latinx community as seen through the white lens.

In fact, Disney’s 2017 animated film Coco is probably the closest any Hollywood commercially successful film has gotten to positive representation of LatinX, with Disney hiring a crew of Mexican and Mexican-American screenwriters, voice actors and the film’s co-director Adrian Molina. But in the big picture of LatinX representation on screen, an abstract representation (including singing animated skeletons) does not quite hit the right note.

But West Side Story and Coco showed that the musical did seem to be the main entry point to Hollywood to depict positive LatinX culture. Dr Venkatesh,  explains to Media Diversity Institute why the format has worked in connecting audiences with Latinx culture compared to other film styles:

“It [a musical] allows for a plural reading of the narrative, the characters, and the diegesis. This is key, as it gives the viewer certain autonomy in actively engaging with the image, sound, lyrics, etc. in more productive relationship than would be the case in a strictly narrative format.”

Which is where In The Heights film comes in. Through its singing dialogue and impromptu barrio dances, it portrays the film’s characters are happy, loving and proud of their community

The film itself is clearly passionate about following through on its promise to be a positive showcase of Latinx culture. The music mixes Latin rhythms of Samba, Salsa and Merengue, as well as African American Soul, R&B, Motown, Rap and Hip Hop. In the ‘Carnaval del Barrio’ number, a variety of dance traditions from different Latin countries are performed, such as bomba y plena for Puerto Rico, Afro-Cuban for Cuba, folkórico for Mexico, even some Cali-style quick-steps for Colombia.

There is a constant interplay between English and Spanish, where only very occasionally is Spanish subtitled. There are Spanish in-jokes, phrases in songs and references to Latin icons throughout which show that this is a film that is made by, and for, the LatinX community. The film’s most emotional number is Pacencia y Fe, when Abuela Claudia reminiscences about her life as an immigrant and inheriting her mother’s dreams, giving a powerful moment for viewers to recognise the historical significance of the sacrifices made by Latin immigrants.

The glaring issue in the film, however, was the lack of dark-skinned Afro-Latinx actors in the leading roles. While the film is meant to reflect the diversity of Washing Heights, a large portion of the neighbourhood’s population is actually Black LatinX. This criticism exploded online shortly after the film’s release, and has led to Lin Manuel Miranda – the musical’s creator – to apologise and admit he has to do better in his next project. As Dr Venkatesh mentions above and the history of LatinX representation in Hollywood shows however, this criticism is not new.

Afro-Latinx communities have almost universally been erased from the collective conversation of Latin people. Colourism and pigmentocracy have been constant for centuries, exterior to and within communities of colour. In the entertainment industry, light-skinned Latinx actors have overwhelmingly received more exposure and landed more prominent roles than black and dark-skinned Latinx actors. This is also a principal argument against the concept of ‘Latinidad’, due to how often it would erase people who do not fit into the accepted definition of what a Latino looks like.

When In The Heights director Jon Chu was asked by The Roots journalist Felice Leon “where are all of the leading dark-skinned Afro-Latinx folks?”, his answer was a hugely unsatisfying: “when we were looking at the cast, we were looking for the people who were best for those roles specifically” as well as asking in response “did you not see the dancers?”. Background dancers or extras, with no lines or any significant stories to tell are, according to Leon, roles “where we’ve seen Black and darker Latinx people [before]”.

It is clear there have been movements forward from Leonard Bernstein to Lin-Manuel Miranda and the films they have created. ­In The Heights does showcase the positive aspects of Latinx culture that Hollywood rarely does: pride, joy, vibrancy, community. It is an important cinematic milestone to change stereotypes and normalise a different viewing lens. Where it falls short, is mostly from its own marketing, as it proudly declared that the film is a true representation of the Washington Heights district so that “everyone will feel seen”. By making these declarations, it set itself a standard that it simply needed to meet to avoid criticism, and it was something it failed to do. The Latinx culture it presents to audiences is indeed positive, but it is limiting. And until a Hollywood film accurately represents the Latinx community, there will still representation battles left to fight, and the glass ceiling will remain in place.