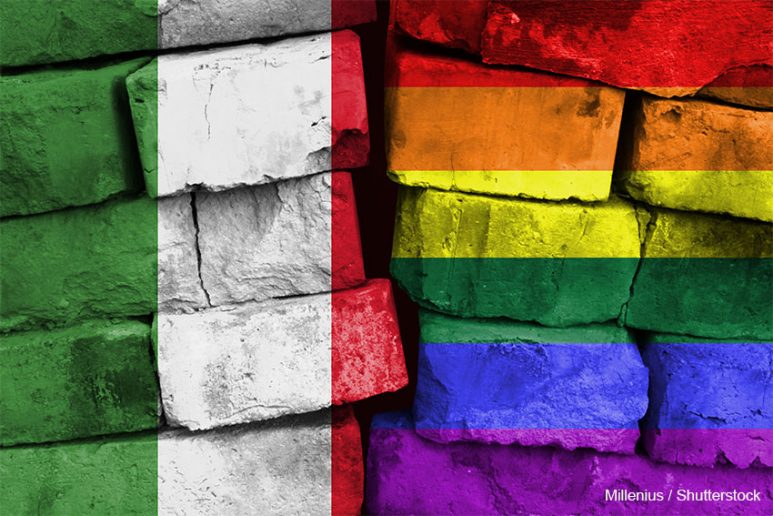 Italy’s Zan Law and the Media Debate around Homophobia

The mainstream narrative in the Italian media is currently promoting toxic and misleading views that might effectively contribute to allowing not just hate speech, but actual violence to continue.

When a law that tackles violence, hate and discrimination against sexuality, gender and disability is introduced in a European country known for its democratic values, it should normally be received with enthusiastic support by all political forces. Alas, when it comes to Italy and the country’s stance on civic rights this is not the case, as the struggle for citizenship of over 1 million Italians, born and/or raised by foreign parents in the country also proves.

The law in question is called Zan Law, after the centre-leftist Italian MP Alessandro Zan, of Democratic Party. Alessandro Zan is known for his LGBT activism and is the main supporter and advocate for the law. 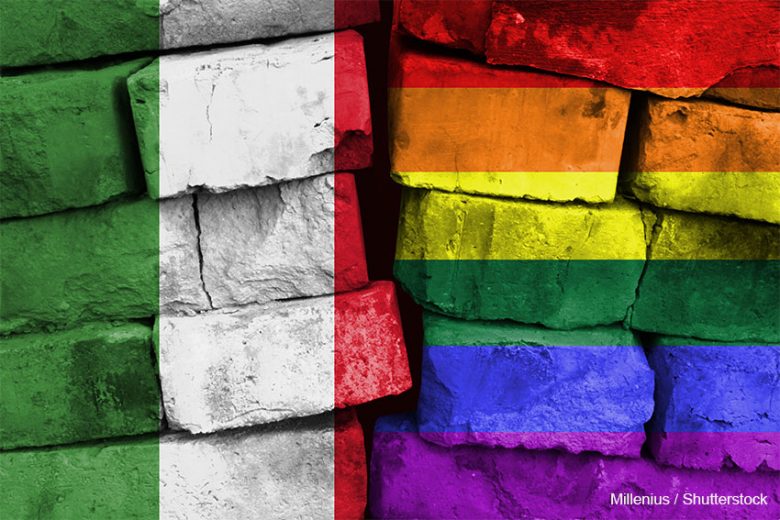 The narrative around the law – which has been approved by the Chamber of Deputies but is currently stuck in the Senate – in the media has been extremely flawed and polluted by propaganda and misconceptions.

Simone Alliva, an Italian journalist whose work focuses on LGBT rights highlights that the Zan Law is not the first of its kind but follows the path of a 2013 legislative attempt called the Scalfarotto Law. The Scalfarotto Law, unlike the Zan Law, did not include positive actions like school courses with the aim to educate pupils against homo-bi-trans-phobia, but only more severe sentences for assaults against LGBT people. Although a law called the Mancino Law that focused on hate speech introduced harsher sentences for attacks and hate speech based on racial and religious discrimination, the Scalfarotto Law, which was supposed to expand it, failed and this is the reason why assaults motivated by homo-bi-trans-phobia are treated like any other kind of physical assault by the Italian courts

According to Alliva the main argument on the Italian media is that the Zen Law threatens freedom of speech and this is an argument that is used even by those who should receive a law against homo-bi-phobia positively.

“What they say is that, if this law is approved, certain homophobic slurs could not be used anymore. This has nothing to do with the law itself, because, as I also said at Propaganda Live [a popular Italian TV programme] it does not extend to propaganda of ideas, but envisions aggravating crimes for physically assaulting LGBT people, as well as disabled and women,” he says.

A very troubling element around the narrative on the law is represented by trans-exclusionary radical feminist (TERF) views; views which became famous in the UK through JK Rowling and have been also “exported” abroad. As Alliva points out “[the law] protects people from discrimination based on sexual orientation, gender, sex and gender identity”.

“The request of Arcilesbica [a lesbian Italian organisation] to exclude the word gender identity does not make any sense because this means excluding transgender people from protection. This organisation has embraced these TERF positions for a long time, labelling transgenders as ‘men who dress like women’,” Alliva tells MDI.

“Arcilesbica is part, since 2003, of ILGA Europe, an NGO part of the wider international ILGA organisation, which also has advisory status with the Council of Europe. ILGA Europe has started the procedures to remove Arcilesbica from its members, due to the latter’s transphobic views. This is a minor group, which can be very noisy though and is currently focused on excluding transgender people from the reach of the Zan Law’s protection,” says Alliva.

According to Simone Alliva, one of the fake news that spreads around the law is that if ratified it will open the doors to the debate on gestation for others which is improperly called ‘uterus for rent’ and is currently not legal in Italy. But this is not the case with the Zan Law. In reality the Zan law is against aggression.

“All these are fake news, but as they are then wrapped altogether they end up making a lot of noise,” Alliva continues.

The debates around the law are not absent in the Italian media, but in addition to the aforementioned fake news which affect the level of the debate, there is also the central element of lack of representation and diversity.

“If someone from the US were to watch a talk show on the Italian TV, given the diversity policies in the States, the impression would be that in Italy everyone is white, male, heterosexual and very old. There is no ‘passage of the microphone’ or space given to LGBT, Black people, women,” says Alliva.

Diversity and equal representation in public debates on the Italian television do not exist.

“The simple way is to pass the microphone. But if we see those who speak about the Zan Law on TV, we can never find an LGBT person and not even the MP Alessandro Zan himself. Even Alessandro Zan is not invited on prime-time evening TV programmes to discuss the law which carries his last name. There is always someone who talks on behalf of someone else and this does not only apply to LGBT people, as it has also been seen with the debate on the citizenship law,” Alliva continues.

“There is the need to ‘pass the mic’ and make some space,” Alliva stresses out.

The law itself at the moment is still stuck in the country’s Senate, as Alliva underlines. Although May during which is the International Day Against Homophobia, Transphobia and Biphobia is observed could keep the discussion live to the public debate, if the law is not modified the next time the Senate will give it a second reading could be around Christmas time.

“The criticism and calls for changes to the law are inappropriate because this is not the law that the LGBT community wants, something that is not really discussed, but is already the result of a mediation between Senators and Members of the Chamber of Deputies,” Alliva tells MDI.

“The idea of changing the law again means bringing it back to the Chamber of Deputies, weakening it and therefore there is the risk of burying it because there are other priorities between the pandemic and economic crises,” he continues.

“This is in fact, factious criticism from people who do not want to see this law approved. I think that, given the current context, as soon as the public focus on the law will decrease, it will be maybe forgotten in the Senate, as it happened before, as it’s been 25 years since there have been attempts to approve a similar law”.

The Italian rapper Fedez has contributed to keeping the law in the public eye, by advocating for it during his speech on the First of May’s traditional concert organised by CGIL, CISL and UIL – Italy’s main trade unions.

Fedez blasted the League, the far-right party led by Matteo Salvini, which is, once again, a coalition partner of the current government, now led by PM Mario Draghi, for blocking the law in the Senate. In addition he read some homophobic statements from the party ranks, and critisised RAI, the Italian national broadcaster, for its attempts in censoring his speech.

Simone Alliva is the author of a book titled “Caccia all’ Omo”, which translates as “Hunt for the Homo”, published in 2019 by Fandangon an Italian publishing house. “Caccia all’ Omo’ is based on his investigation in the Italian weekly magazine L’ Espresso on the rise of homotransphobic attacks. Based on Alliva’s investigation transphobic attacks rose from 109 cases in 2016 to 212 cases in 2019, and these are only the ones that were reported.

Alliva stresses that Italy has a great problem with the visibility of the LGBT community. The LGBT community is not protected by any law against homo-trans-phobic attacks. In addition there is no trust towards the police and reporting any attack of such nature to the police could implies that the victim would reveal their gender or sexuality.

“There is not just the matter of physical attacks, Italy is a country which has an existing homophobic culture, made of languages, attitudes. We have reported, for example, cases of landlords that do not rent to LGBT people, employers that do not hire them or those who cast out couples that show affection in public”.

“All of this happens five years after the approval of civil unions, but the issue with LGBT visibility has not changed. LGBT people in Italy have only been visible since 1971. We have a great problem in relating with and narrating the LGBT community, and this affects society,” Alliva tells MDI.

The challenge for civil rights, either for LGBT rights, or as the aforementioned citizenship ones, continue in Italy. However, the mainstream narrative in the media is currently promoting toxic and misleading views that might effectively contribute to allowing not just hate speech, but actual violence to continue.