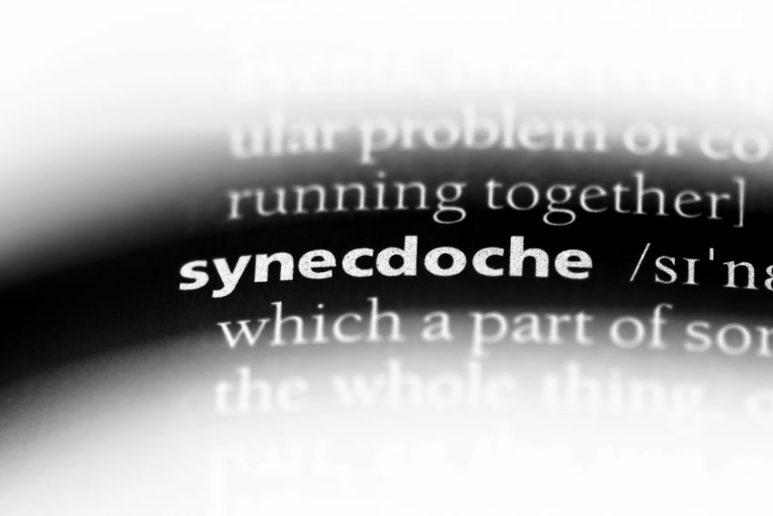 Media and the Synecdoche of Statehood: A Colonial Hangover

Being more aware of synecdoches of statehood in mass media will not in itself fix issues about identity, racism and othering, but it’s one step towards a world that will have shed its colonial past

Experts in the fields of sociology, anthropology, linguistics and beyond will commonly assert that language is not a neutral medium. Within these academic discourses, it is understood that language is historically grounded in complex relations that divulge more than isolated words and their meanings. Yet in practice, the assumption that language is a banal mechanism for the sake of information transferral is astoundingly frequent. In particular, the language of media can disguise itself with an authority of objectiveness, exhibiting a pretence of neutrality that can cause harm either purposefully or inadvertently.

One mechanism which is used widely in the media and yet whose consequences are seldom discussed is the synecdoche of statehood. A synecdoche is a figure of speech in which a part is made to represent the whole, or when a whole represents a part. The synecdoche of statehood is when the name of a nation-state is used in place of a particular entity or organisation belonging or relating to the respective state. Examples include using the name of the country in place of its current government, a privately owned company that is located in the nation, a section of its governing body, or a particular demographic within the state. 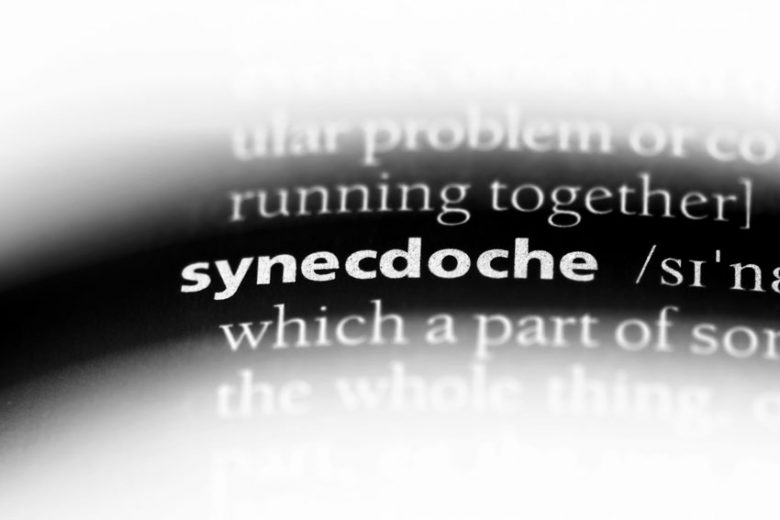 A quick sweep of any major news sources will reveal that most news outlets are rife with these linguistic mechanisms. “Iran passes law threatening to halt nuclear inspections and boost enrichment” was a headline in The Guardian on 3rd of December, 2020. On the 4th of December, there was “Brazil’s latest sales pitch? Come exploit the Amazon rainforest” from Al Jazeera, in partnership with Bloomberg, as well as “Coronavirus is China’s chance to wage a data war on its own people” from The Independent. The prevalence of this type of language is the result of something more insidious than a mere side-effect of speech or a mechanism to save space and produce punchier headlines; rather, it’s a part of a long history of colonial language that continues to pervade collective belief about that which is alien to a culture.

To elaborate on synecdoches of statehood, we can in the first instance look at the tendencies of homogenising nation-states other than our own. Dr Marius Meinhof, a sociologist from Bielefeld University specialising on orientalism, including its expression through language, has researched and written extensively about Western discourse on China. This will prove to be a strong example of the effects of colonial hangovers that permeate language. On the topic of nation-states and identity, he remarks on how we often think of nation-states other than our own as racial nations or ethnic nations when in reality, this is almost never true.

“In terms of identity, there is firstly a distinction between the image of one’s own country that they might identify with and the image of the other country. An individual is usually more aware of heterogeneity in one’s own country, even if they often still underestimate its heterogeneity. In Western discourse, formerly colonised countries are viewed as even more homogenised. For example, if the German media report about the US, they can still distinguish between Democrats and Republicans, but when they report on Ethiopia or China, they often cannot see heterogeneous political actors anymore,” Dr Meinhof tells MDI.

“Then there’s the distinction between discourse and practice. Identities are often at least a bit essentialised when discussed in mass media. But in reality, identity is much more hybrid and contested. People have various dimensions of belonging that they activate, and everyday practices are usually filled with various layers of belonging, while the mass media have to construct clear-cut identities so that the readers can understand easier,” he continues.

Synecdoches of statehood can in some instances be implemented for the purposes of clarity, but there may also be other reasons why they are employed. “We have some deep-rooted orientalist assumptions that are not necessarily conscious,” says Dr Meinhof. “This strong orientalist discursive view comes from the colonial era constructs formerly colonised nations as the other, in opposition to us: we’re individualistic, they’re collectivist, we’re scientific, they’re superstitious, we’re advanced, they’re backwards.”

The false equivalence of nation-states as ethnic nations and the related oppositional view of them versus us, amplified by synecdoches of statehood, has several adverse effects. First, it propagates racism by disguising racism as political discourse. “It gives a chance to mix racist statements and political statements, entangling them so someone can pretend to be a political critic of a government whilst using racist stereotypes when the distinction fails to be clear,” says Dr Meinhof. An example is how some Western criticism towards the way in which the Chinese Communist Party dealt with the novel coronavirus could not differentiate between people from policies, enacting violence towards East Asians regardless of nationality or political inclinations.

The rendering of a nation-state as the “other” also serves to confirm the identity of “us”. For example, when the mass media in the US labels China as authoritarian, it confirms a US identity of liberal so that even a US government with authoritarian tendencies can align themselves with liberalism with this opposition to perceived authoritarianism. This parallels ways in which far-right parties manufacture in-groups and out-groups, as explained by Erika Capecchi, who is currently pursuing a PhD on the aesthetics of far-right and neo-fascist organisations and their presence on social media at the University of Bristol. The construction of an out-group helps to consolidate an enemy or scapegoat even in more centre-leaning politics, harnessing a feeling of belonging for those in the in-group that disregards the out-group as the other.

Further to the division between the in-group and out-group, with the case of China as represented in Western media, actors are often divided into those who are for the state (authoritarian) and those who are against (dissidents). It leaves no room for nuance for those who may have struggled with certain aspects of policy but who are not against the system in its entirety. For example, it takes away the agency of some of the groups who successfully fought for women’s rights in China who do not fit into the narrative of authoritarian versus dissident. To be sure, there are ongoing issues with the freedom of speech in China, and those who struggle within the system face the possibility of repression. But to confine an entire nation, its varied political views and its billions of people to a single homogenised group can make assumptions into self-fulfilling prophecies, wherein those who do not fit the binary of authoritarian or dissident will have their voices and agency erased by the supposed liberal West.

This depiction of China as authoritarian and in opposition to “us” as liberal is again a symptom of an orientalist hangover.

“Articulating a political code of liberal versus authoritarian is a new thing, but it has a lot of similarities to old ideas of individualist versus collectivist and other oppositions. You hear a lot of arguments about why Chinese citizens cannot speak: they are being censored anyway, so we don’t need to listen to what’s being produced in China, they’re brainwashed and so on… Again, this is a political language, no longer explicitly racist like in historical rhetoric of ‘they can’t think rationally’, but the effect is similar. The argument has transformed to be based on something that looks political, critical of censorship, but when this criticism of censorship means that one won’t need to take seriously any media report from China, then it’s basically orientalism disguised. This is inherited from the colonial era that has yet to be completely overcome or reflected upon, and it will prepare the stage for making farfetched claims seem very plausible,” says Dr Meinhof .

The novel coronavirus pandemic provides a particularly interesting example of Western colonial attitudes and the language that it espouses backfiring. Rather than studying how the Chinese government and surrounding nations prevented a second wave of the pandemic, Western mass media was preoccupied with how the Chinese Communist Party changed the narrative about the beginnings of the pandemic. This has been seen in Al Jazeera, Financial Times and the Guardian, to name a few. Whilst important, this focus did not provide any material aid to those who suffered and continue to suffer from the pandemic. It instead detracted from what could have helped to prevent a second wave and save lives in an arbitrary competition of egos for those in power.

Avoiding the use of or being more aware of synecdoches of statehood as used in mass media will not in itself fix issues about identity, racism and othering, but it’s one step towards a world that will have shed its colonial past, healing the scars that remain. As a longer programme of decolonising language, understanding why synecdoches of statehood are so prevalent, as well as understanding its consequences can help prevent future disasters similar to that of the coronavirus pandemic by focussing on what can be learnt from the other rather than succumbing to colonial attitudes of dismissal.