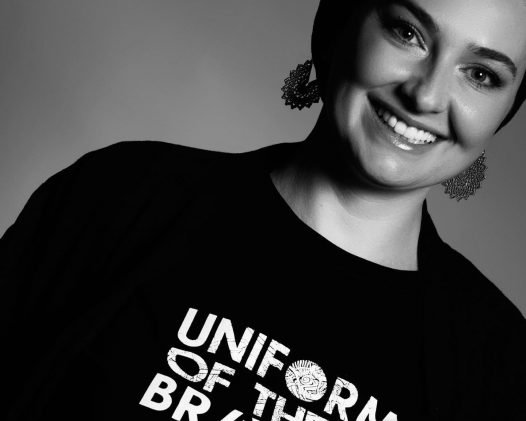 Nejra Latić Hulusić, a director and activist from Bosnia and Hetzegovina (BiH) recently posted on social media that she had been ordered to stop swimming at the Panonika beach in Tuzla because she was wearing a burkini -a full-body swimsuit.

Nejra Latić Hulusić, a director and activist from Bosnia and Hetzegovina (BiH) recently posted on social media that she had been ordered to stop swimming at the Panonika beach in Tuzla because she was wearing a burkini -a full-body swimsuit. This is not the first time for women who wear the hijab and swim in a burkini to face such bans at public swimming areas in BiH. Yet, the criticism Nejra Latić Hulusić published on social networks provoked a barrage of negative comments and insults against her.

“A pious woman does not go to public bath areas…”, “Stay at home, that’s where you belong”, “[She is] not even close to being called a believer. A true believer must not (for one thing) seek to attract attention with her appearance (except that of her husband). And she put on her make-up and her shirt, with her tits almost popping out”, are only a small fragment of the comments she received under her post.

“Banning from swimming in a swimsuit covering the torso, arms, legs, and hair, which is made of the same or even more acceptable material from which most swimsuits are made, violates my freedom to cover or reveal my body to the extent I want, without violating the Law on Public Order and Peace… Removing me from the water only because I covered my arms and legs and put a silicone cap and a lycra cover (which is otherwise desirable in pools with filtration to prevent hair getting stuck in the filters) was an ugly attack on my guaranteed freedom”, Latić Hulusić tells  RDN.

For her, the most hurtful comments were the ones from people who watched her in the water for two days before she was removed from the area, and who found the courage to say something to her only after the lifeguard’s whistle was blown.

“A woman in water with a big straw hat said that she was disgusted by me being wrapped like this. A man shouted that a scarf and swimming do not go together. I don’t care what people say, but it hurts to see that people neither dare to say what they feel nor they know how to articulate it – they are being stunted in silence – until someone blows a horn to announce a witch hunt. This is the case everywhere, from Panonika to the very top of the political establishment. People are silent until they feel they have permission to say something. Let’s face it, here we wait for permission to love as well. This is more visible in an online space because people hide behind keyboards, but it is very similar in real life”, says Latić Hulusić.

This was not the first time that her posts were met with criticism and insulting comments. The local public knows Nejra Latić Hulusić as one of the leaders of “Fight for Life” and “Women’s March”, the protests that demanded the resignations of those in power  because they did not adequately respond to the COVID-19 pandemic.

This case and the responses it received from the Bosnian society made clear that our society is burdened with prejudices. The media unfortunately follow these backwards trends as some  reported about it using an abundance of stereotypes. Latić Hulusić, however, reminds us that there are also media that report properly.

“The entire  “Fight for Life” and “Women’s March” protests that we organized twice for the purchase of vaccines were broadcast live by two large TV stations. There are also the regime media, which spread lies, insults, bias information…”, says Latić Hulusić.

She stresses out the fact that that the weakened financing of the independent media forces them to struggle for survival by using clickbaits, sensationalist headlines, and frequent news from the black chronicle.

“The story of media sensationalism [in BiH] is the Catch-22. The audience does not read or click on normal news but it goes for ‘blood, semen, and scandal’. The media outlets struggling to make ends meet shut down. Being a child who grew up on the hard crust of journalistic bread, it hurts me to see that today there is almost no ethics in this honorable business. Seldom you will find an article that is not commissioned or painted by bias, unilateral. Journalists are fighting one another on behalf of their owners. Journalists today have owners and patrons. They are being bribed, blackmailed, attacked … This is what really hurts me because, to me, journalism is the noblest call in the fight for freedom, second only to art”, Latić Hulusić concludes.