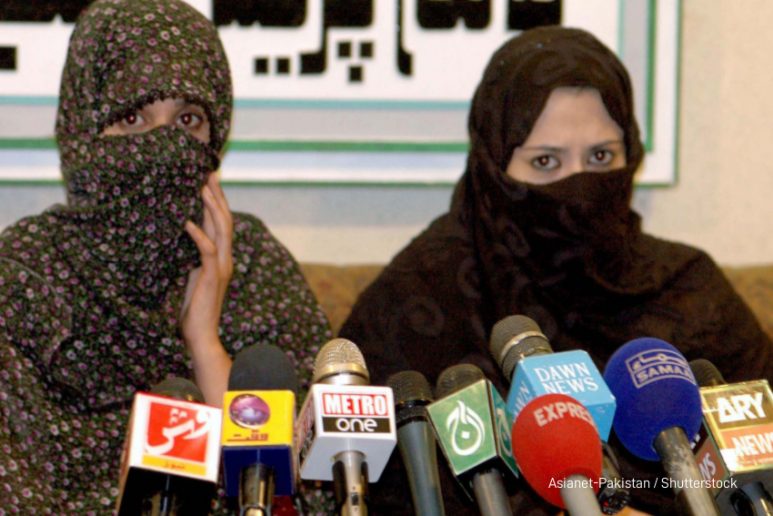 When Pakistan’s mainstream media cover issues related to Balochistan they tend to distort their coverage and misinform their audiences and the country’s wider audience is not informed of human rights violations in the province.

The war of Balochistan – which is Pakistan’s largest province — has again become the focus point of news cycles as the insurgency has worsened as of recent. For women however, this has affected them widely, causing an even greater loss.

For decades, Baloch women in Pakistan have been denied of their basic human rights; like quality education, health facilities, and more. They have been victims of state regressive policies, and have lost their loved ones in warzones. Despite the problems women in Balochistan experience on a daily basis, they have been marching to streets in protest to demand justice for themselves and their loved ones. Many of these women have been victim of the state for a long time. According to international media reports Pakistan has been involved in enforced disappearances in Balochistan for the past 20 years. According to Amnesty International: 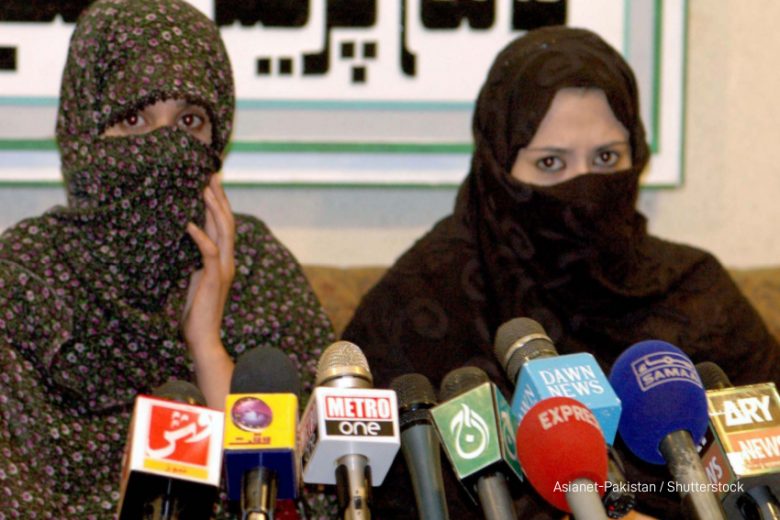 ‘Enforced disappearances targeting students, activists, journalists and human rights defenders continue relentlessly in Pakistan’s southwestern province of Balochistan. People are wrenched away from their loved ones by state officials or others acting on their behalf, placing them outside the protection of the law. The authorities then deny the person is in their custody or refuse to say where they are. Families of the disappeared are plunged into a state of anguish, trying to keep the flame of hope alive while fearing the worst. Many have been in this limbo for years.’

Last month, violence against Baloch women protesters erupted.  Women were seen manhandled and arrested by police, but there was hardly any  coverage from Pakistan’s mainstream media. Their peaceful protest was disrupted and then suddenly put to a violent end. Sammi Deen Baloch,  who is the General Secretary of Baloch Missing Persons, was among the activists who became victim to police brutality whilst protesting in Karachi.

In a recent article on The Guardian she shared: ‘I have spent 13 years in this struggle to know the truth but I have never been as humiliated, harassed, beaten or verbally abused as I was at our recent peaceful protest in Karachi.’

Over the years the struggles of Baloch women have been completely neglected by mainstream media. Citizens living in other provinces of Pakistan rarely know what happens in Balochistan, a region which covers half of Pakistan’s land mass. This give the impression that mainstream media does not have any interests in investing more time covering provinces like these, and that its issues are not appealing for wider audiences. A detailed report by The Human Rights Commission of Pakistan states:

‘A disconcerting trend is that of women being disappeared in certain areas of Baloch belt such as Dera bugti and Awaran. Yet these cases tend not to be reported by mainstream media of Pakistan.’

‘The way that Pakistan’s media [hides] the anguish of Baloch women [who take part in] protests is part of a critical discourse. Not showing their demands and sufferings is a strategic way to sideline their years of struggle,’ Kalsoom Baloch, who has been working as a Baloch women’s rights activist for six years, tells Media Diversity Institute.

From long March, Quetta to Islamabad and the recent incident outside Sindh Assembly, Karachi is an eye-opening example.

An incident that took place in June in Karachi where the police arrested 28 protesters who were protesting against missing Baloch students is one of the many examples of the way the country’s media treats this issue. While the main media concern should be to inform people of the situation in the region as Kalsoom Baloch says the ‘media wrongly propagated the issues which has led to more anger among Baloch people.’

‘It is strange to see that people living across Pakistan don’t have any idea about anything happening with Baloch Women, Children, and Students specifically. Unfortunately, in Pakistan the media is controlled, they create biased information, and deconstruct real narratives. Hence, there is no potent representation of Baloch. At the same time women’s representation is a subject far from the Pakistani media’s agenda; this on its own is a clear disparity and discrimination we always mentioned,’ Kalsoom Baloch continues.

Baloch women’s struggle and activism is not something new but it is embedded in the regions historical past. When the state of Pakistan started following a policy of enforced disappearances of Baloch men, the women in the region did not stay idle. They mobilized and organized in a civil resistance nonviolent movement led by women. Between 2013-2014 Baloch people took part in a long march on foot from Quetta, the provincial capital of Balochistan, to Islamabad, Pakistan’s capital via Karachi. The march was led by Mama Qadeer Baloch whose son had disappeared and found dead two years before the march. However, despite the international media attention that this effort received, the country’s mainstream media remained silent. Talking in publish about the rights of Baloch women is a dangerous act. A year after the long march, a prominent human rights activist, Sabeen Mahmud was fatally shot on her way home after hosting a discussion about Balochistan’s missing.

Kinza Fatima, a student and political activist looks at the media coverage of human rights in Balochistan and the struggles of Baloch women very critically and describes it as a ‘murder of history’.

‘The role of Baloch women is not something new, it has always been a historical memory. Baloch women have been very political and this is why we can see that Baloch women politics itself is rising up as a movement. But maybe media blackout has never made us conscious of their grievances and their spirit,’  Fatima tells Media Diversity Institute.

Fatima goes on to explain that when Pakistan’s mainstream media cover issues related to Balochistan they tend to distort their coverage and misinform their audiences. In many cases the protests are not covered and the country’s wider audience is not informed of human rights violations in the province.

‘The media blackout in Balochistan means that the local turmoil and the people’s grievances never make it to the front.  As Balochistan is a periphery it is not only exploited by the hands of bureaucratic military institutions but also propagandized [by the country’s media],’ Fatima says.

Nevertheless, social media have given the people of Balochistan a voice and a platform to show their struggle and express their grievances. This means that Baloch women now have different platforms and their struggle is clearly being addressed by people who are sharing their real experiences online. Unfortunately, that same transparency isn’t being portrayed in mainstream media.

‘We need to really change our narratives otherwise we would be just imitating what the dictators have fed us,’ concludes Fatima who hopes to change the media representation of Baloch women.