While the case of Ciro Migliore and Maria Paola Gaglione prompted some reckoning inside the Italian media, progress is still in its very early stages.

By Simona Sotgiu and Giulia Dessì

Maria Paola Gaglione died in a motorbike crash in a small town near Naples in September. The motorbike the 18-year-old was riding, together with her boyfriend, was rammed by her brother, who was reportedly chasing the couple in opposition to their relationship. The reason for his opposition is that Maria Paola’s boyfriend, Ciro Migliore, was a trans man. 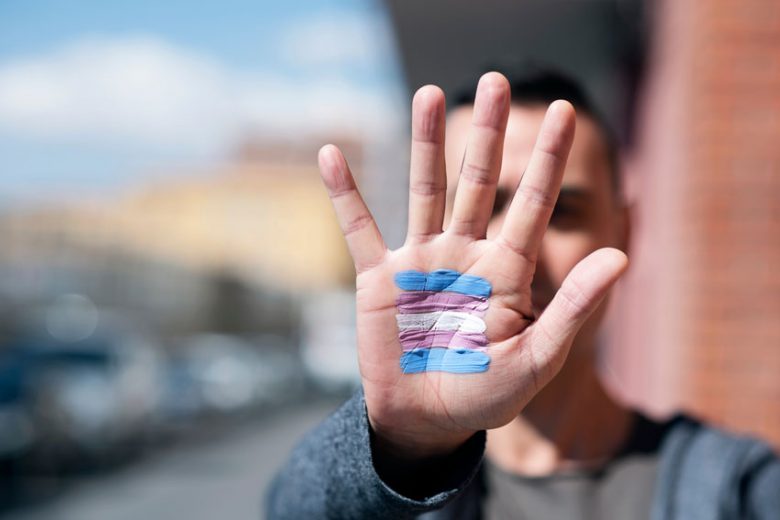 Similar to the RAI1 coverage, very few online media outlets used accurate and respectful words to refer to the protagonists of the story. Not only was Ciro Migliore constantly referred to as “Cira”, but also she/her/hers pronouns were regularly used, and their relationship was called “lesbian”, disrespecting Ciro’s gender identity as a man.

Storm Turchi, a non-binary transgender activist and editor at Trans Media Watch Italia, explains that using Ciro’s birth name is a practice called “deadnaming”. “Although Ciro hasn’t done a medical transition, he says he is a female-to-male trans man, so we should use the name he chose”. Why is it important? “First of all because it’s respectful”, Turchi says. “The second reason is that using the birth name would dismiss his gender identity. If I identify as a man and you call me with a name that ends with “a”, then what you are saying is that I am a woman and not the gender I am saying I am. No one has the right to define the identity of another person”.

In the days following the incident, the incorrect wording used to refer to Maria Paola Gaglione and Ciro Migliore prompted a call for greater awareness and knowledge about LGBTQ+ people and issues within Italian media.

Although Italian news media continue to reproduce discriminatory attitudes when reporting stories about trans people, some things have been changing in terms of legislation and media self-regulation.

The legal gender recognition of trans people in Italy is currently regulated by Law 164/1982 (‘Rules Concerning the Rectification of Sex-Attribution’), which is connected with gender-affirming surgery. However, there have been proposals for change, and recent case laws have reduced the strictness of the requirements.

Last November, a vote in the lower house of parliament passed an anti-discrimination bill that would make violence against LGBTQ+ people a hate crime. If approved by the upper house, this law against homophobia and transphobia would include a definition of gender identity and sexual orientation.

In the same month, the Italian National Order of Journalists (Ordine dei Giornalisti), an organisation that regulates the journalistic profession in Italy, decided to amend its Deontological Code for the Journalistic Profession. The updated part added the responsibility of the journalist to “avoid gender-based stereotypes, expressions and images that harm the dignity of a person”, and states that they should comply with “a respectful, correct and informed language” in media reports about “femicides, violence, harassment, discrimination and news stories about sexual orientation and gender identity”.

While the introduction of new rules is a positive sign, according to Vera Gheno, a sociolinguist and expert in gender issues, what is missing is their implementation. “They are beautiful words, and clearly who wrote them thought them through, […] but they are empty if they stay on paper”, Gheno said, commenting on the amendment to the Deontological Code. “The challenge is not to create a code. The challenge is to change a deeply entrenched mindset in which Ciro and Maria Paola were two lesbian women because for many it [being a trans man] is something incomprehensible”.

Comprehension of trans issues is inextricably tied to language and representation. That is why using accurate and respectful words to talk about trans people has an impact both on the lives of the protagonists of media stories, as well as on the readers. “Language and mindset […] are not parallel but rather interwoven”, says Gheno. “They are like a bundle of intertwined tendrils, so there’s a moment when the mindset goes ahead and is reflected in the language, and there’s a moment when the language goes ahead and affects the mindset”. “It’s important that, from either side, we encourage reflection on these issues”, Gheno says.

While the case of Ciro Migliore and Maria Paola Gaglione prompted some reckoning inside the Italian media, progress is still in its very early stages. Reflecting this, Elliot Page’s recent coming out in December was reported, once again, in an unprofessional and disrespectful way, with almost all of the headlines using the actor’s deadname (here and here are two examples).

A further issue arises when reporting stories that include non-binary people – people whose gender identity does not sit comfortably with the binary of ‘man’ or ‘woman’. The Italian language does not entirely allow for the use of gender-neutral nouns and pronouns. Unlike the English “they/them/their”, the Italian language pushes speakers to always choose between masculine or feminine forms when referring to an individual. This does not mean that it is not possible to find a new gender-neutral form, but the attempts so far have been experimental and there is not yet a consensus on what forms should be used.

For Gheno, these experiments with language can challenge entrenched attitudes, and enhance the comprehensibility of an issue that can be difficult to accept on a cognitive level. “People might start to think about non-binary individuals through language, an aspect that at first appears as secondary”, Gheno says, “but actually this is a call, or a marker; one of those instances when changes to language can prompt a reflection on mindset”. In some areas, progressive change is dependent on experiments with language, but more often than not, it involves strengthening and maintaining rigorous journalistic standards. These include thinking critically about whose perspective is being foregrounded and listening to the demands of those who are subject to discrimination.