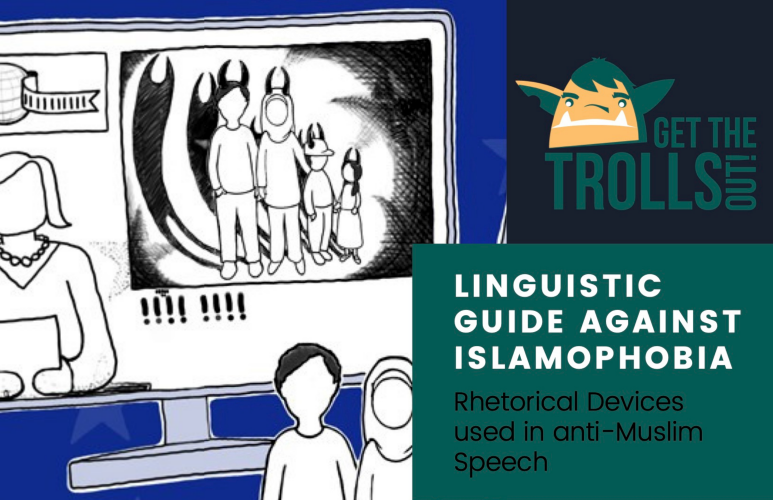 “The language that politicians and the media use in relation to a group of people, fundamentally shapes how the public sees that particular community. One of the most crucial strategies that determines the public perception of a group of people is framing. However, media consumers know very little about this phenomenon and that leaves them vulnerable to manipulation.”

“If one regularly encounters speech without terms that activate positive frames — for example, the frames of humanity or family — in connection with Muslim people, that person might see Muslim communities as devoid of normal human needs and experiences and his or her perception of the Muslim community might be reduced to a distorted, negative image. Therefore, besides paying attention to the words that are present in a speech, it is also important to think of the terms that are missing.” 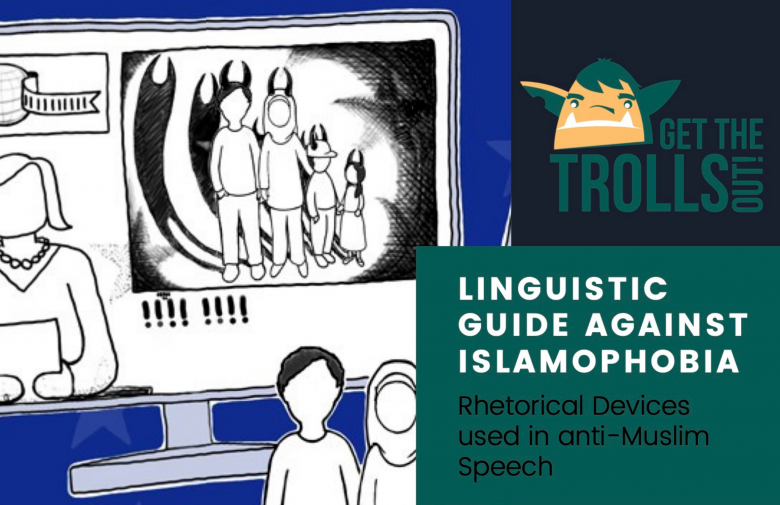 Get the Trolls Out is an MDI-led project and campaign to combat discrimination and intolerance based on religious grounds in Europe.

Linguistic Guide to Islamophobia: Rhetorical Devices Used in Anti-Muslim Hate Speech
We use cookies on our website to give you the most relevant experience by remembering your preferences and repeat visits. By clicking “Accept All”, you consent to the use of ALL the cookies. However, you may visit "Cookie Settings" to provide a controlled consent.
Cookie SettingsAccept All
Manage consent