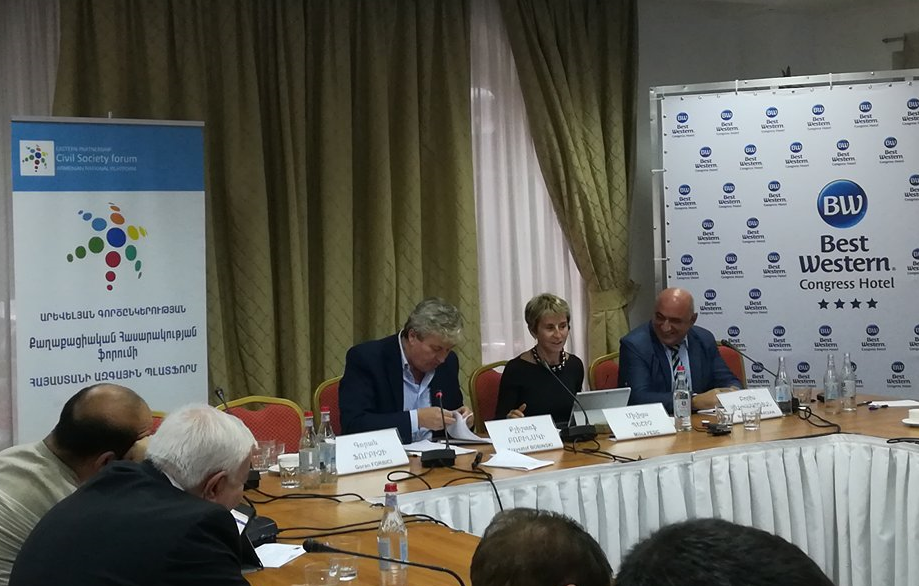 Judged by the conclusion of the Yerevan Civil Society Forum devoted to the EU-Armenia cooperation, majority of Armenians would be ready and willing to join the EU, but only under a condition that Armenian customs and traditions including unequal treatment of women, are kept.

This impression was particularly strong during a debate at the panel on Diversity and Gender where worsening gender inequality in the country raised a few doubts about Armenia’s readiness to promote the EU values. According to the World Economic Forum’s Global Gender Gap Index, over the last 5 years, Armenia dropped from 84th to 102nd place out of 144 countries surveyed in total.

“The overall change seems to be driven by Armenia’s deteriorating ranks in economic and political participation of women. Additionally, there are also social polarization resulting in the increasing gap between the rich and poor causing feminization of poverty, lack of women at the policy and decision-making level, absence of institutionalized gender studies in the formal education, pay inequity,” said a co-founder of Women’s Resource Center NGO Armenia, ,’ said Gohar  Shahnazaryan,. According to her, there are two major reasons for deepening gender inequality in Armenia – a rise of anti-gender movements in the country and deeply rooted stereotypes about men and women’s social roles and advancement. 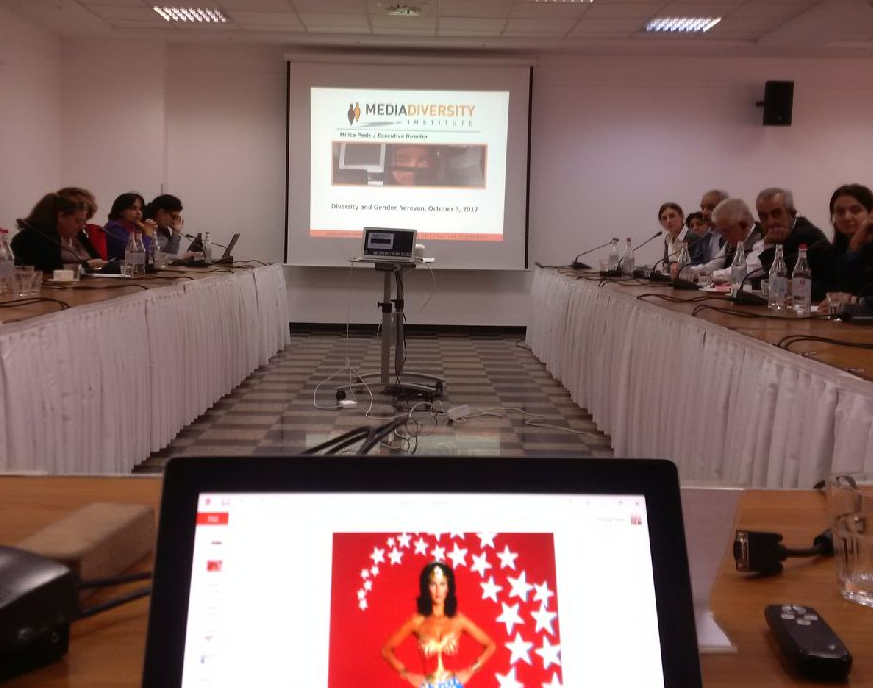 Talking about ‘A Real Woman and her Unreal Media Portrayal’, The Media Diversity Institute (MDI) Executive Director Milica Pesic compared lack of gender sensitivity in Armenia with the organisation’s global experience.  “It seems a little has changed in this respect from the time MDI introduced its diversity and media programme to Armenia 15 years ago.  Although, traditionalists who believe that woman’s place is in the kitchen, were not loud as today.  Cynics would say that Armenia is ready to enter the European Union and the global market, but that even international organizations committed to promote and fight for gender equality such as the United Nations, don’t think that real women are good enough to be their advocates. UN for instance has chosen a cartoon character Wonder Woman as its ambassador. The only way towards the change is a joint work between multi-stakeholders, such as state, civil society, academic institutions, parliament and the media,” said Pesic.

A survey conducted by Yerevan State University Center for Gender and Leadership Studies shows 63% of the population agrees that men make better political leaders than women do. “Since that stereotype is quite popular, it is not surprising that over two-thirds of the respondents agreed with the statement that women are too emotional to be leaders in their communities”, said  Shahnazaryan insisting on the strategy for further cooperation with national and international organisations, the EU in particular.

The objective of the event was raising the advocacy capacity of Armenian civil society in promoting reforms within the EU-Armenia cooperation. This was the focus of the speech given by the EU Ambassador to Armenia, Piotr Antoni Świtalski who opened the event. The Head of the Yerevan Press Club which recently launched a Glossary of Hate Speech in Armenia and Azerbaijan, Boris Navasardian, who is also the CS Forum Armenia Country facilitator  expressed his disappointment that not many media actors participated in the  event.