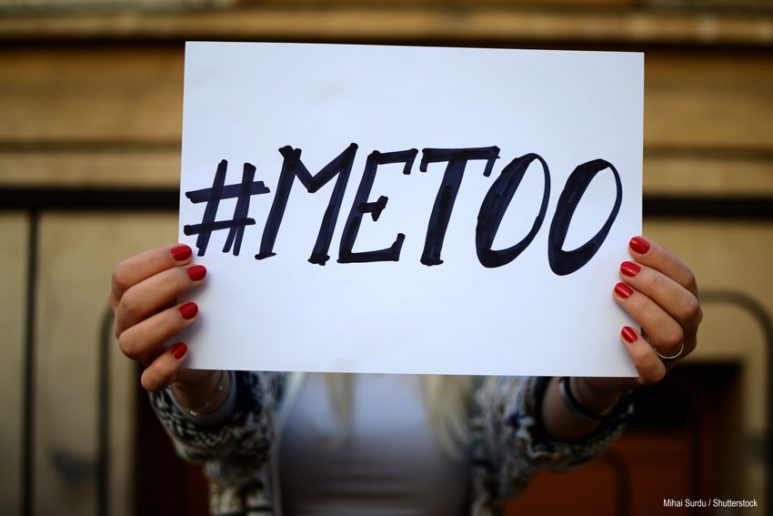 Just like MeToo, similar online groups in Serbia gave women a voice. The digital media provided the platform and space for their voices to be heard.

One year after the global pandemic started, we can see how COVID-19 gripped the world. In terms of violence against women and girls, the pandemic had a devastating effect. Although there is no official data, women organisation helplines have reported a significant rise in cases of violence against women, and the Republic of Serbia was no exception.

Two years after the #MeToo movement rippled through the world, we would expect that media reporting shifted from the victim blaming narrative to one that empowers women to speak out. But in the local Serbian media landscape, coloured by its history in the ‘90s when media reporting amplified the crisis during the decline of Yugoslavia, as well as the ongoing economic crisis, not much has changed on the way women are treated. This was evident in the case of Milena Radulovic, one brave actress who dared to call out her drama teacher, Miroslav Mika Aleksic of sexual assault. At the beginning of 2021, Milena Radulovic accused Miroslav Mika Aleksic of repetitive sexual violence and rape. She was not alone. Within three weeks, seven more young women and girls spoke up. During the last eight years, Aleksic reportedly raped and sexually harassed at least eight of his students, more than 18 times. 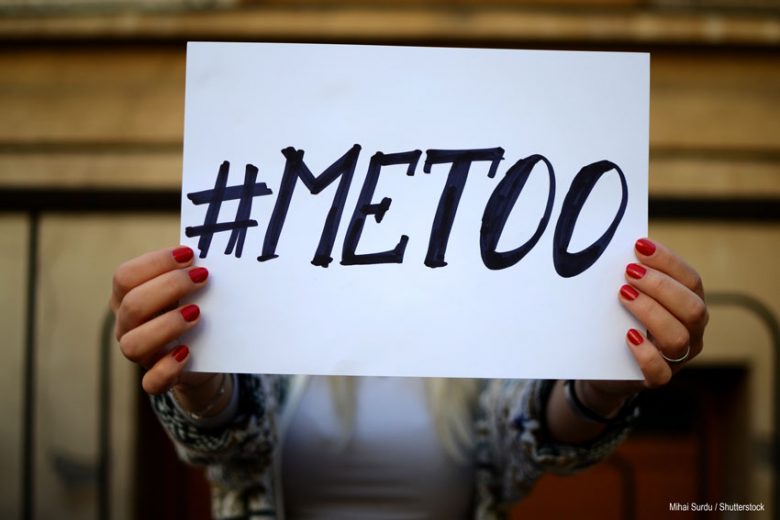 In the Republic of Serbia, the media had the power to constitute our world in the past by influencing public opinion to a degree that people believed everything that was said or written. The ‘90s showed us that what we see on TV or read in the newspapers has the potential to be more real than our actual, experienced existence. In the context of the civil war and the decline of Yugoslavia, mainstream media counterfeited the reality and formed a strong public opinion, which worked in favour of the nationalist agenda. The same thing almost got repeated during COVID-19 lockdowns, until people went to the streets and started to protest over a government announcement of the re-implementation of curfews. While mainstream media marked protesters as terrorists, the digital media, social media primarily, was used as the voice of the people, as the voice of reason. Moreover, social media helped protesters coordinate the protests and evade the beatings and illegal arrests by police.

Six months after the summer protests, social media did the same, in the above-mentioned case of accused serial rapist Miroslav Mika Aleksic. Unfortunately, the mainstream media also followed the previously shown incompetence to accurately report on the current events and distort our reality. The media covers opened a space for questioning Milena Radulovic’s and other women’s motives for reporting Aleksic years after the violence occured and usage of a persuasive victim blaming narrative in the comment sections, based on the rape culture’s “she was asking for it”. Sadly, the defenders of rape culture, both men and women, were given a platform on the national frequency television channels to further distort the truth.

In other words, just as the mainstream media reporting in the ‘90s fabricated public opinion concerning the dissolution of Yugoslavia, the mainstream media in Aleksic’s case tried to do the same. But there is one important difference. While the mainstream media, controlled by the government, in the ‘90s tried to preserve the ruling order, in the post transition era of free and democratic media the commercial motive shaped the tone and angle of reporting. In this particular case, as well as in other cases of reporting on sexual violence, the conservative and patriarchal agenda went hand in hand with the greed for profit. The click-bait headlines such as “Horror school of drama! Details revealed!”, or those with detailed description of rape leaked from the police files and prosecutor’s office, illustrate this very well.

The local women group “Journalists against violence against women” made a set of Guidelines on Media Reporting on Violence against Women, and the mainstream Serbian media, trying to attract the readers and widen its audience, while empowering the dominant patriarchal narrative, violated each and every one of them. Media reporting consisted of Milena Radulovic and her family’s personal information; justification of Aleksic’s behaviour by his authoritative and strict personality was often used; the details of the rape and sexual harassment were openly published on the front covers; stereotypical expressions and images were used in reporting so in the public sphere the responsibility was shifted from Aleksic to his victims, followed by questioning the survivors’ behaviour with ill-informed comments such as, “How can someone be raped multiple times? There was no rape but voluntary intercourse!”.

But similar to the 2020 COVID-19 protests, the digital media, especially the social media and netizens, struck a counterweight. The social media and digital media platforms were used as a place where grassroots movements started and grew. While mainstream media articles reporting created a space for public discussion on the reasons why survivors stayed silent for years and justification of them with “they were asking for it” arguments, the netizens organised at least two important initiatives to support the survivors and prevent future violence – You Are Not Alone, You Were Not Asking For It (Nisi Sama, Nisi Tražila) and No Means No (Ne Znači Ne).

The first one, You Are Not Alone, You Were Not Asking For It, is similar to the MeToo movement, with small adjustments to the local context. Women and girls shared their experiences but also started a social change movement. Students around the Balkans, from Bosnia and Herzegovina to Serbia and Croatia, formed micro movements in their local communities, demanding the right to be safe from sexual harassment at the Universities. Some of them were not students any more, but established professionals, who spoke up about sexual harassment which happened decades ago, such as actress Hasija Boric. Students form Novi Sad, Serbia, as well as their colleagues from Zagreb, Croatia, wrote an open letter and demanded establishing the Act against sexual harassment at their Universities and/or punishing the perpetrators who avoided justice for years, and in some cases, for decades. Just like MeToo, You Are Not Alone, You Were Not Asking For It, gave women a voice. The digital media provided the platform and space for their voices to be heard.

The second initiative, No Means No, is oriented to the prevention of sexual harassment. Few years ago, the non governmental organization Incest Trauma Centre, made a set of educational packages intended for kindergartens and elementary schools. The aim of this packages was to teach children what sexual harassment is and to equip them with knowledge to recognize it. But under the pressure of the conservative current, amplified by mainstream media reporting, they were withdrawn. After Aleksic’s case, the No Means No initiative started a petition for implementing it again, and more than 10.000 people, as well as numerous NGOs, supported and signed this petition.

On the Net, netizens were united in their efforts to challenge the dominant narrative, shaped by mainstream media reporting enthroned in a race for profit and strong conservative and patriarchal standpoints. As disappointing as it may be, the way Serbian mainstream media reported on Milena Radulovic’s case was not a surprise. They did the same five years ago, when singer Jelena Marijanovic was killed. However, the netizens’ engagement did surprise us all, especially after a dreadful year spent in the fear of an ongoing pandemic. Netizens gave us hope. The battle between digital and mainstream media may not end anytime soon, but for the first time in the Serbian history, the voice of the people, personified in digital and social media initiatives, passed into the leadership and led the way for change in the local media landscape. And nevertheless, this is the voice of survivors.