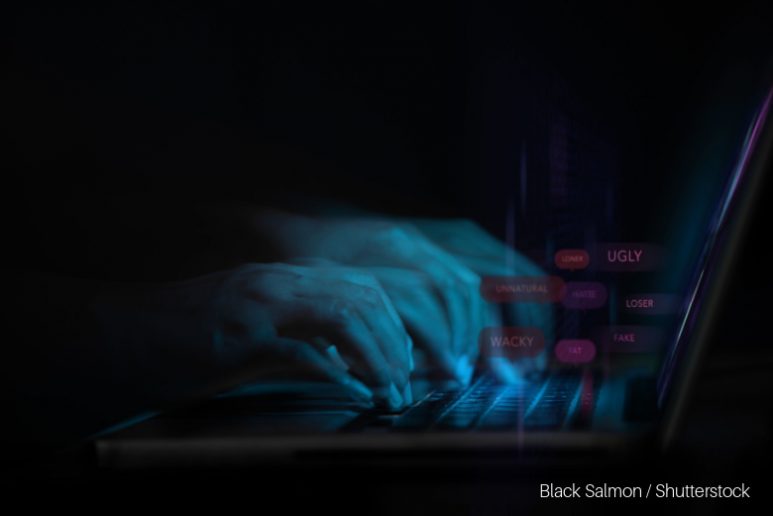 Debates about gender and sexual minorities are useless if they do not seek to destabilize manhood as a patriarchal construct or if they do not address cis-sexism and challenge heteronormativity.

This article was originally produced for and published by Kosovo 2.0 within the framework of RDN 2.0 project. It has been re-published here with permission.

In a post on Twitter, I took the effort to call out the typical behavior of men who debate in the media sphere. In the tweet, I wrote that if men truly want to contribute to the social justice debate, they need to listen more and talk less and that their privilege makes them ignorant and unscrupulous. 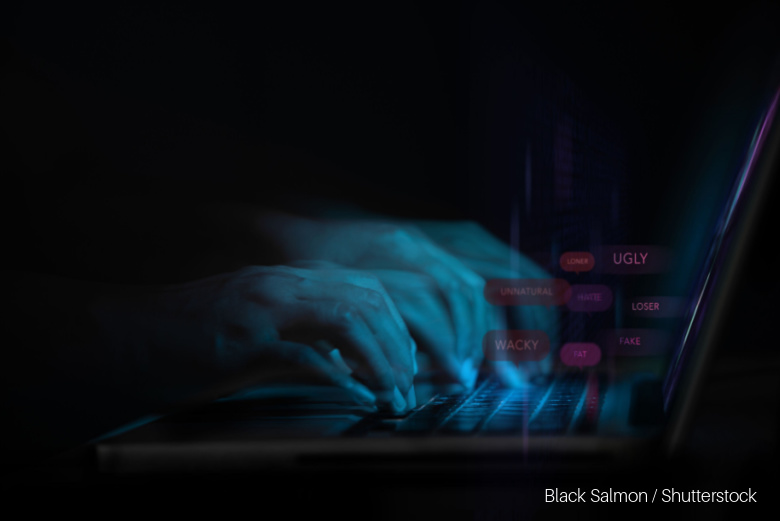 The tweet referred to a February 22 discussion on a Twitter Space, where the draft Civil Code was being discussed. The draft code had been placed on the voting agenda of the Assembly [of the Republic of Kosovo], which prompted a discussion about same-sex marriage.

The reactions of men and some women to my post were mostly paranoid, with a mocking tone, with responses like “men in prison,” “death to men,” “toxic feminism”. I was forced to block some comments due to their explicit sexual content.

Just like in television, in digital spaces men occupy the space of debate and, from the position of an expert, speak authoritatively about all kinds of issues: day-to-day politics and international relations, gender issues and the rights of LGBT people.

Not only do they consider themselves competent to discuss countless complex topics, men also bring other men into the conversation, such as religious preachers, as if to include different opinions, though women’s invitations are only ever implied rather than explicit.

I said “I took the effort” because digital spaces –– not just Albanian-language ones –– are more intimidating than inviting. Verbal attacks from profiles, whether fake or with real identities, are so common that they are taken as the norm.

My experiences with online hate speech are extremely modest compared to what LGBT people face. Reactions to the debate on the legal recognition of same-sex marriage, which I will not quote, range from expressions of anger at the attention being given to an “irrelevant” issue to rape threats against people in the community and their allies.

Our society is capable of coming together to oppose online bullying. This was made clear when Vetëvendosje MP Fjolla Ujkani criticized Lulzim Paci, a high school teacher from Vushtrri, for posting videos online of himself doing traditional Albanian dances.

Ujkani’s criticism was considered an unjustified attack. Across social networks people from all over, including many newsrooms, filmed themselves dancing in a sign of support to Paci.

But the bullying of LGBT people who are vocal in various media spaces is seen as normal, both in daily life and online. Apart from some LGBT advocacy groups, there is hardly any civic mobilization to address gender and sexuality-based hatred.

This is because the human, economic and social rights of these people are still seen as debatable. Discussions still begin with the question “are you for or against LGBT rights?” This question is asked to everyone, including the most conservative persons such as imams and other religious preachers who are invited to television programs for sensationalist purposes.

Some people seem to think that through conversation and debate they can change the minds of deeply conservative minds. But this belief is similar to the persistent belief that a woman, through care and sweet words, can change a violent man who has repeatedly hurt her.

The extent to which religious preachers are willing to change their minds about LGBT people was shown through this declaration, for which religious leaders in Kosovo united to oppose plans to legally recognize same-sex marriages. Religious tolerance in Kosovo, which the political class brags about, is maintained through homophobia and collective efforts to prevent LGBT people from receiving the status of equal citizens.

Conservative voices (be they men or women) want and accept the “good girl” who acts with politeness and moderation. The same voices want LGBT people hidden away, voiceless and without too many demands. This is hard to change through attempts that open debate and discussion that doesn’t take into consideration this violent context in which vulnerable social groups live.

With a few rare exceptions, LGBT people are still insulted, humiliated and excluded by their families, institutions and the broader society. They are targeted with physical and emotional violence and do not have proper access to health services.

This society should be confronted with the reality of marital rape, economic violence against women, men not engaging in childcare, housework, the reasons behind divorce and other topics of this kind.

Such topics question traditional family values (read: the nuclear family) and expose heterosexual marriage for what it is –– an institution built on unequal power, where women suffer the most. Heterosexual marriage, or the “natural” state of things as it is described on social media, is built on the oppression of women for the benefit of men.

Such conversations, when planned carefully rather than in an ad-hoc way, not only demystify the issue of same-sex marriage and the LGBT community but also provide greater protection for the community. This is especially necessary as online violence, in the form of hate speech and other forms, has become a common mode of communication and is most harshly exercised against outspoken women and LGBT people.

These two groups are targeted online because they threaten patriarchal ideas of “manhood” and “family values.” Therefore, posts that call men out as the agents maintaining the patriarchal order make these narrow-minded people angry.

Debates about gender and sexual minorities are useless if they do not seek to destabilize manhood as a patriarchal construct or if they do not address cis-sexism and challenge heteronormativity.

The people who take the initiative to create space for critical and democratic thinking in public spaces, be it physical or digital, know this.

Encouraging proactive participation of the most vulnerable, disadvantaged and underrepresented people through implicit or open invitations to participate is not enough. Tangible means must be found for how environments can be created where vulnerable people are not re-traumatized, where they do not need to excuse themselves and justify their existence to the point of physical and emotional exhaustion.

The more that public spaces are freed from narrow minds that feed on the oppression of the vulnerable, the more there will be room for the bright minds from targeted communities. For example Ern, a 23-year-old non-binary writer offer suggestions in a short article on how gender-sensitive adjectives can be included in the Albanian language. Such contributions not only help people within the community to have the necessary vocabulary to express themselves but also contribute to the Albanian language itself, which is a language that hasn’t been updated to address changing understandings of gender and sexuality.

Technology and progress are not interchangeable. Therefore, if we want genuine democratic public spaces in the digital sphere, it is our duty and responsibility to cultivate safety in those spaces. Tolerating hate speech and oppressive views in the online realm about a social group in the name of democratic debate and pluralistic voices is as foolish  as putting a vulnerable individual in the same room as members of a violent and intolerant community for the sake of balanced (and overrated) debate.

It is also important to note that maintaining these safe spaces requires a considerable amount of accountability, examination of power, and examining the way powerful men abuse it, whether religious leaders or others who exercise authority in any context.

Regardless of the outcome of the vote on the Civil Code and how social media reacts, LGBT people will not only be an undeniable part of this society, but they will thrive as individuals and as a community. As activist Lend Mustafa said on Twitter a few days ago: “There is no code, no religion, no state or power that can forbid our love.”

But for such political messages to become more prominent, safe online spaces must be treated as a priority and more importance must be given to them than to different thinking.