Superpowers and Failures of Black Panther 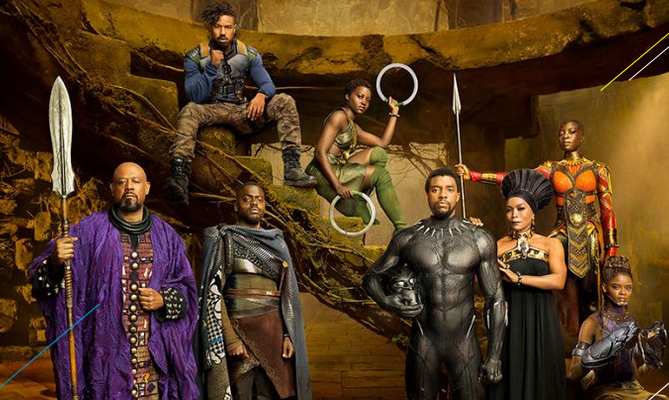 We apparently never had a black superhero on the big screen, nor a solo female host of the annual British Film Awards BAFTA. Although things have changed with a release of the Black Panther movie, Joana Lumley becoming the new BAFTA host and the Time’s Up Black Dress code expressing solidarity with victims of sexual harassment, it is still unavoidable to raise an issue of the lack of diversity in the film industry.

For example, ahead of the BAFTA 2018 ceremony, a new report revealed that 94% of all nominees have been white. The same report states that all BAME (Black and minority ethnic) actors who have won at the BAFTAs were in roles that “could only have been played by someone for an ethnic minority background” such as Mahatma Gandhi, Ray Charles, Idi Amin. “It’s up to all citizens to react and do something towards greater inclusion,” said the Media Diversity Institute Executive Director Milica Pesic in an interview for the Turkish Radio and TV, TRT World.

Pesic was invited to comment on BAFTA 2018 ceremony, as well as on the resent success of the Black Panther movie. 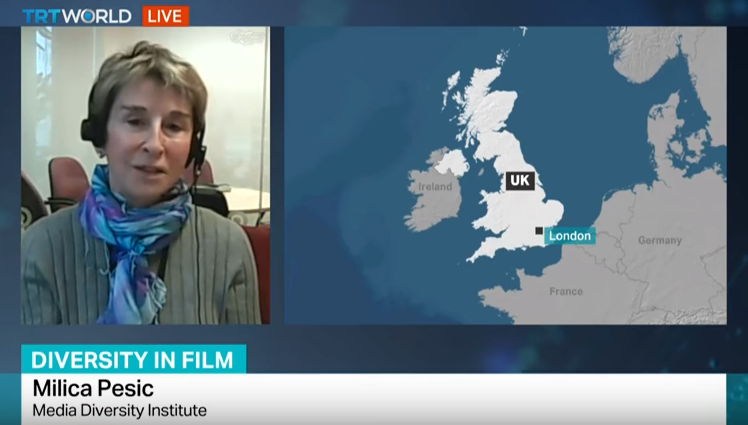 The Black Panther movie is having a big success with the audience and at the box office. “Box office responses have blown out of the water any talk of white audiences shying away from a movie that doesn’t centre white characters – taking a record-breaking $201.8 million in its opening weekend. The mainstream success of critical, progressive and political black art is obvious elsewhere too, particularly in the musical rise of artists such as Kendrick Lemar who is featured in the pulsating soundtrack. Yet the movie has seen even more success amongst African Americans who show a 37% audience share (Cinemascore). The highly positive reception shows palpable relief from communities that a black imagination is possible and remarkable outside of the narrow margins usually cast for it,” film critic Leslie Byron Pitt writes for the Media Diversified.

On the other side, the Boston Review argues that “the Black Panther is not the movie we deserve. “The movie features the leader of a fictional African country who has enough wealth to make Warren Buffet feel like a financial piker and enough technological capacity to rival advanced alien races. The change that the movie supposedly heralds is black empowerment to effectively challenge racist narratives. This is a tall order, especially in the time of Trump, who insists that blacks live in hell and wishes that (black) sons of bitches would get fired for protesting police violence. Which makes it a real shame that Black Panther, a movie unique for its black star power and its many thoughtful portrayals of strong black women, depends on a shocking devaluation of black American men,” Christopher Lebron writes for Boston Review.

Challenging racist narratives, ethnic minorities’ under and misrepresentation, as well as gender inequality and sexual harassment has to be the industry’s priority, as well as the media’s goal in much wider context.