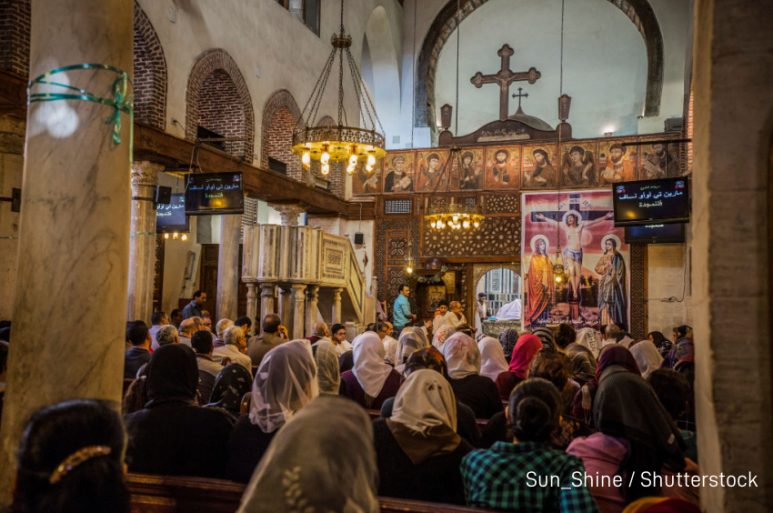 Although Egypt's government supported Copts and the strong ties with the church, the lack of media coverage of Coptic Christian issues is crystal clear, raising questions about whether it was intentional.

On 14 August a fire broke out in a packed Coptic Orthodox Church in Giza during the morning services which left at 41 people dead. CNN reported that among the dead were at least 18 children. The country’s President Abdel Fattah el-Sisi ordered Egypt’s armed forces to rebuild the church. Despite the support that Coptic Christians are receiving during this time, according to the BBC ‘Copts claims they face discrimination and play a lesser part in Egyptian public life than their numbers justify.’

A decade ago, the Pew Research Center estimated that Christians make up ‘10% or more in the country’s approximately 80 million people’. However, the numbers are contested.  Current Church estimates indicate that the number of Christians is about 15 million, out of a population of more than 105 million. In contrast, government estimates suggest that their proportion is about 7% of the people, while the CIA Factbook website estimates that Christians make up about 10% of the country’s population. 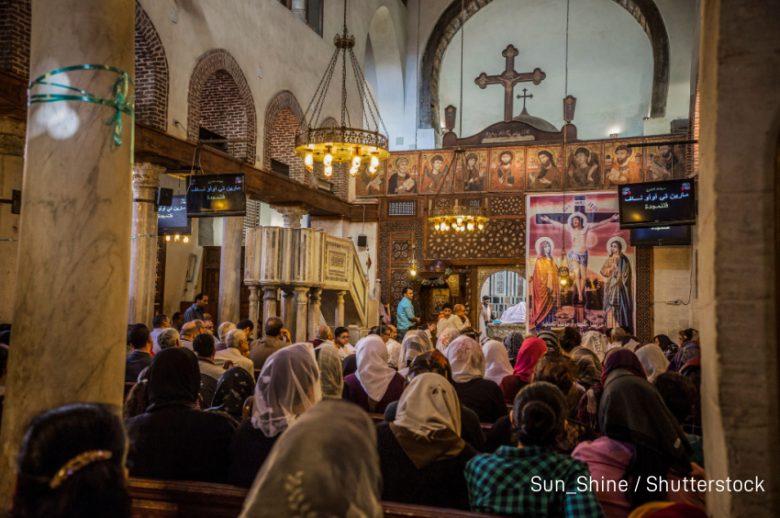 The era before the July 1952 revolution was characterized by a significant role for Copts in Egyptian politics, to the extent that the famous Coptic politician Boutros Pasha Ghali became prime minister in the country during the British occupation.

Coptic Christians played a significant role in the 1919 revolution, leading to Egypt’s partial independence and forming a constitutional monarchy. During this period, Makram Ebeid, a prominent Egyptian Coptic politician, helped to establish the Wafd party which was one of the most influential political parties of that time. Ebeid role in Egypt was so influential that he was one of the signatories in the Anglo-Egyptian Treaty of 1936 that required the withdrawal of British troops from the country.

After Muslim Brotherhood’s Mohamed Morsi, the country’s first elected president, was overthrown in 2013, a rapprochement occurred between the Coptic Church and the new regime of Abdel Fattah el-Sisi. The Church believed that Sisi’s regime contributed to getting rid of the Muslim Brotherhood, which it had concerns about; however, this did not prevent some Coptic political activists from being exposed harassment if they showed opposition to the policy of the regime.

Egyptian President Abdel Fattah al-Sisi was getting closer than any previous president to the Copts, including attending the main Coptic holidays; establishing ‘Egypt’s biggest cathedral’ in the New Administrative Capital; and facilitating the procedures for building churches, a problem of which the Copts have always complained.

Although the regime supported Copts and the strong ties with the church, the lack of media coverage of Coptic Christian issues is crystal clear, raising questions about whether it was intentional.

Shady Lewis Botros, an Egyptian journalist and novelist, based in London, told MDI that the main problem in Egypt is the state’s control of the media to a large extent. Which has resulted in the press covering only news and topics that the security services allow it to cover. So, for example, any information related to events in North Sinai or incidents of violence and sectarian strife against the Copts is ignored.

General intelligence services have controlled the Egyptian media in recent years. Authorities blocked many independent news websites, and more than twenty journalists were arrested. Reporting on diversity topics and highlighting minorities in news coverage became impossible without a green light from the regime.

‘Media close to the regime ignore any news about violence against the Copts because they consider this a sensitive issue that should not be approached and may contribute to sectarian strife,’ said Botros.

Sherif Azer, an Egyptian human rights activist in Cairo, believes that the Egyptian media has no problem reporting on Copts and the Coptic church news as long as it is approved by the church leadership and the state security.

The Egyptian media, since 2013, has been covering news related to the Copts as routine coverage about Sisi activities:  his attendance at Christmas celebrations inside the church; the regime’s support to Copts; allowing them to build churches; the mutual support of Pope Tawadros II of Alexandria and the Copts of Egypt and the diaspora for the administration of President Abdel Fattah El-Sisi.

‘There is an internal agreement between the church and the regime to ignore any news about the church’s internal issues or violence against the Copts in Egypt. The church considers these coverages to go beyond the red lines,’ Shady said.

Azer told MDI that if the media publishes something about violations, it would be in a way that would show how the state is supporting Copts, for example, on the violent event of killing a priest in the street and how the security arrested the killer.

Part of the Coptic community in Egypt believes that the current regime is much better than previous Egyptian regimes in dealing with Copts. Therefore, they think the media coverage of any events related to Copts in Egypt may harm their good relationship with the current government.

‘Most Copts support the church and the state and are happy with the situation now. The lack of independent media in Egypt is one reason there is no authentic representation of real Copts issues,’ Azer said.

Shady believes there is another agreement between the church and the official newspapers not to cover certain news except with the church’s permission.

This can explain why the church recently accepted the lack of media coverage of Copts’ events in Egypt.