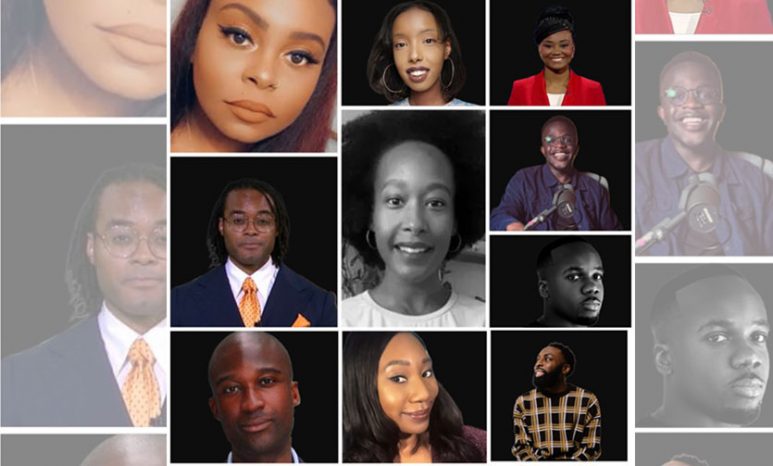 As October draws to a close, so does the British Black History Month. However, this should not mean that highlighting the achievements of Black communities including Black journalists should be done only during October.

As October draws to a close, so does the British Black History Month. However, this should not mean that highlighting the achievements of Black communities including Black journalists should be done only during October. Change in journalism is not happening fast enough and this is not only seen in our society but also in our industry. However, there are so many talented Black British journalists doing excellent things within their fields, producing, reporting, and shedding light on groundbreaking stories. It clearly reflects through their work, and although there were thankfully many to choose from, here are 10 of them making big moves in 2021 you should keep an eye on: 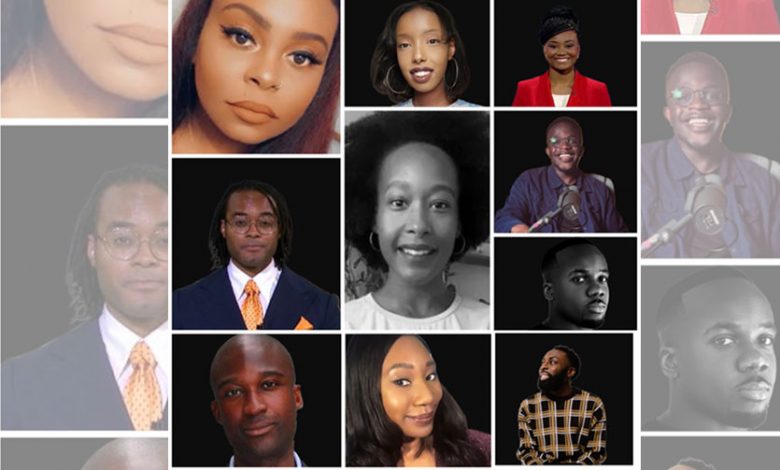 Alexis is currently Digital Editor at Financial Times. Prior to this, he worked at Reuters as Nigeria’s bureau chief, and before that; a new media editor and journalist at the BBC. His brilliant work over the years in print, online, television and radio has reached global audiences, particularly in Africa.

Personal news: I’m excited to have joined @FinancialTimes as Digital Editor on the World desk. Delighted to be part of a great team.

Alicia is currently assistant entertainment editor at Metro. Her exciting role means that she regularly keeps readers up to date on what’s happening in the ever growing entertainment industry.  With a passion for all things entertainment, from showbiz to TV, Alicia also writes excellent pieces addressing racial inequality in the industry.

‘Many fans love #Catwoman because she’s one of the few diverse superheroines played by multiple women of colour…the talk of erasing Halle from the legacy for whatever reason is a disservice to the beauty of the character.’@aliciaadejobi for @MetroUKhttps://t.co/TjM5b6sfmc

Award-winning writer Anieflok has his words in publications like The Guardian, British GQ, and VICE, to name a few. Not only has the talented writer been named Culture Writer winner 2021 at The Freelance Writing Awards, his very first book exploring the social and cultural legacy of UK rap and grime, Where We Come From, will be out in 2023.

I won the Culture Writer category😭

Antoine Allen is a broadcasting champion who very regularly presents and reports nationally on prime time TV. You’ll find Antoine reporting on live international events, local community stories, and shedding light on issues that matter strongly to him. Antoine has done notable interviews from boxer Anthony Joshua,to long-distance runner Mo Farah. His conversational and professional style shines through in all of his work.

Thus the target of the joke, even when not a viewer, are still viewed through the lens of the popular narrative often echoed within said joke, lyrics or scene.
But in protesting have people given said statements more notoriety than they would have had in the first place?

Dahaba is a journalist currently working in current affairs. She’s freelanced throughout organisations like the BBC, as well having brilliantly written articles in magazines like Stylist, gal-dem, and Al Jazeera. This tweet by Dahaba is a strong inspiration and reminder to so many Black journalists today:

<blockquote class=”twitter-tweet”><p lang=”en” dir=”ltr”>Woke with the biggest smile on my face. Yday I clocked that I really came to the U.K. aged 10 not speaking English, grew up in cockroach infested council houses, went to Cambridge, and now I’m a whole journalist at the BBC w Panorama? <br><br>Don’t let anyone tell you that you can’t!</p>&mdash; YT: Dahaba Layla Ali (@Dahabaalihussen) <a href=”https://twitter.com/Dahabaalihussen/status/1419925393784643585?ref_src=twsrc%5Etfw”>July 27, 2021</a></blockquote> <script async src=”https://platform.twitter.com/widgets.js” charset=”utf-8″></script>

De-Graft is a senior presenter with a voice that has been a delight to the several child TV watchers when he presents Newsround, and poradiodcast lovers listening to BBC Radio 1Xtra’s If You Don’t Know podcast. His down-to-earth personality and exceptional skills in knowing how to inform and educate viewers and listeners, is a reflection of his hard work and versatility.

I don’t have the words to explain this story but it was a privilege for me to have such an open chat about racism with our audience. The reaction and the interaction from all the kids watching was powerful and to this DAY has filled me with a lot of hope pic.twitter.com/YUcT4Cs15Z

Emmanuelle happens to be the first Congolese weather presenter in the history of the BBC. She joined the regional news team North West Tonight in 2019 as a journalist, before becoming one of the weather presenters in May 2020. Emmanuelle is also a bilingual reporter with experience of reporting to international audiences, showing how multifaceted her background is.

So humbled and grateful to be a part of this, alongside some incredibly talented people. I hope this inspires so many children!

Jason is a freelance journalist and essayist whose writing can be found in numerous publications including Dazed, i-D, and British Vogue. Some of his incredible opinion pieces, his work also focuses on politics and culture. Some would describe Jason as a social media commentator, with hilarious tweets and opinions shared on trending stories.

For @guardian’s ‘A moment that changed me’ series I wrote about how grief changed my life and shaped my future after losing my father 5 years ago https://t.co/nYpxBfhlnM

Shakeena is currently online content editor at Capital Xtra, where she looks after content produced on one of London’s most listened to radio stations. Shakeena has a strong background as a features writer, sharing many online pieces on tech culture, and gaming.

soooooo i am officially the new online content editor at capital xtra ☺️🎉 nothing but blessings on blessings ✨ pic.twitter.com/niojHBT20v

Vicky is a health reporter at The Bureau of Investigative Journalism, who always has a strong eye for a story. Before joining TBIJ, a lot of Vicky’s writing would be found in community magazines in Birmingham and Colchester. Vicky is passionate about shedding light on stories affecting marginalised communities, and is a strong believer in positive Black representation.

saw my writing potential which is how I got editorial opportunities as well as my own dedication… Thanks @NewsAssociates for asking me to take part in this! I hope it encourages someone out there also grafting. https://t.co/DzjFbLJYjW

The statement you may hear from time to time, saying ‘there are not enough Black journalists,’ is one we need to steer clear of – it just means that employers are not looking in the right places. Black journalists are working across all different recognisable platforms, and on a range of countless topics, all coming from a background with a wide array of expertise. Let’s start increasing the effort if we are genuinely interested in wanting more Black representation in journalism.