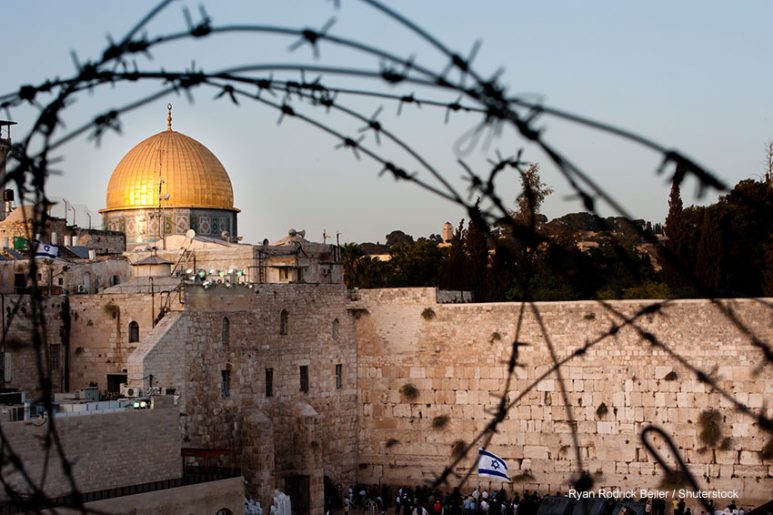 The Israeli-Palestinian Question in the Italian Media

The most recent chapter of the Israeli-Palestinian conflict was triggered by the Supreme Court of Israel’s decision of evicting Palestinian families in the Sheikh Jarrah neighbourhood of Jerusalem, the storming of Al-Aqsa Mosque (the third holiest site in Islam) by the Jewish settlers who were backed by the Israeli police, followed by airstrikes in Gaza by the Israeli Defence Force, and the launch of rockets by Hamas and the Palestinian Islamic Jihad.

The mainstream media narrative around the most recent events reached highly problematic heights, as phrases such as “dispute over houses” were used, in the Italian newspaper La Repubblica, to describe the evictions in Sheikh Jarrah. 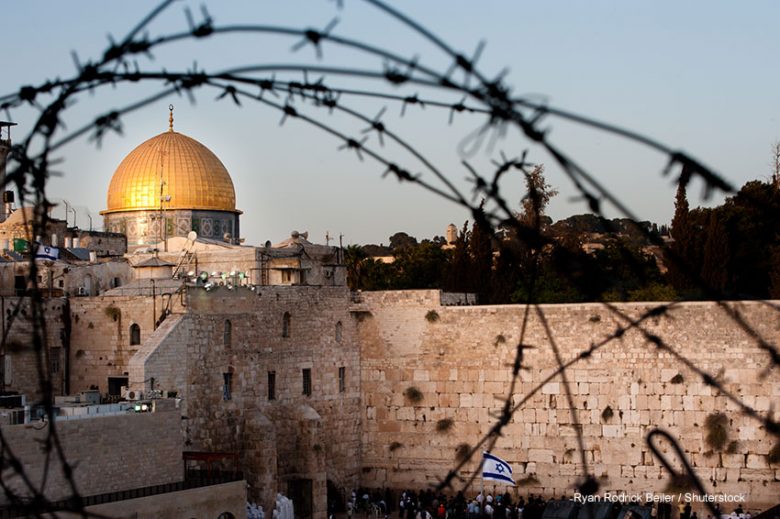 This is not a new element, as whenever there is a new Israeli attack, the general narrative in the Italian media calls out Hamas’ rocket attacks against Israel, invoking Israel’s right to self-defence.

The central problem with this narrative (beyond the issues of factionalism) is that it never considers the context of the Israeli occupation, from 1948 to 1967, all the way to the current days, and, of course, the fact that it never mentions or considers the UN resolutions on these matters.

If we look at one of the most recent UN resolutions, Resolution 2334 from 2016, the Security Council reaffirmed that Israeli settlements have no validity and constitute a flagrant violation of international laws.

According to Paola Caridi, an Italian journalist and historian, who has lived and reported from Jerusalem for a decade, the past few years the way the Arab-Palestinian conflict is reported has been more and more partial.

“The storytelling [on Israel and Palestine] has been more and more restricted over the last years, and this does not mean that there was not a partial perspective before. I believe that, during these last years, the sight space has been restricted and that [the Italian media] have lost sight of the complexity of Israel and Palestine” Caridi tells Media Diversity Institute”.

The fact that Italian journalists are not aware of all the complex aspects of the conflict.

“The lack of complexity, and, to some degree, the ignorance of some, if not many Italian journalists create a context in which it is not possible to read what happens, because there is a lack of knowledge of Jerusalem’s grammar and the ‘vocabulary’ of what is taking place there. To write about Sheikh Jarrah, you need to know the developments that took place in the city over the last twelve years and understand where it is,” Caridi explains.

“If I focus on Jerusalem, it is because what happened in the weeks between April and May started there, then the focus moved to Gaza and then returned to Jerusalem with less attention than before. Jerusalem is not just a laboratory, but a lens on Israel and Palestine” continues Caridi.

The issue around journalistic skills and expertise is also called out by Christian Elia, co-editor of the Italian magazine Q CODE Magazine and freelance journalist.

“The ferocious precariousness in the Italian newsrooms has deeply impoverished the skills within Italian daily newspapers. There are fewer and fewer experts on specific areas and fewer opportunities for journalists to travel. If you are working in an Italian daily newspaper today, you are likely to travel less than a freelancer. Then there is the issue around self-censorship. This takes place from the social networks profiles of talented colleagues and has to do with a sort of a license for everyone to have an opinion on the Israeli-Palestinian question,” Elia tells Media Diversity Institute.

“The Israeli-Palestinian question seems to be the only question on which everyone feels that they have something to say because they have an idea on the matter, an idea often oriented towards balance, which, often, as good journalism has taught us, is not about weighing the words or the space that you give to one side or the other, but in giving a vision and a context” explains Elia.

On the front of vision and context, Elia also points out how media in Israel are also freer than Italian and other international media that want to avoid criticism from the Israeli government, quoting online magazines like +972 Magazine and the world-famous daily Haaretz.

“Haaretz embodies one of the biggest strengths of Israel’s democracy, which is freedom of expression. Having worked as a freelance journalist in Turkey, where there is state interference with local and foreign press, before spending 3 years with Haaretz English and as a foreign reporter in Israel, I really felt the difference. Gideon Levy, whose work is very upsetting for many Israelis, is a major example of this. Despite his strong views on the conflict, his work is not encroached upon,” explains Davide Lerner, an Italian journalist who covers the Middle East for the newly launched newspaper Domani and works as a think-tank consultant in Rome.

When it comes to the narrative in Italian media, Lerner highlights the issues around the status quo and the lack of background.

“I would say one of the main problems is that there is little effort to describe the status quo, and a tendency to relay the latest news without providing enough background. In the general public, which is on average uneducated about the conflict, this can play into the hands of a pro-Israel narrative, simply because the story is told assuming a status-quo tilted in favour of Israel, which is the stronger party”.

Lerner notes the absence of Italian media and in some cases international media in important events in Gaza. Christian Elia, for example, alongside other foreign journalists attempted to enter Gaza during the Operation ‘Cast Lead’ but was not allowed in.

“During the war no Italian correspondents, or international ones for that matter, were allowed into the Strip via the Erez crossing or could make their way via Egypt until the cease-fire kicked in. Much like during the 2008-2009 operation Cast on Lead and unlike the 2014 one, when they were allowed in thanks to the Foreign Press Association,” says Lerner.

“This no doubt had an impact on reporting coming out of the Strip. Overall, Italian media as well as Italian politics have moved toward more pro-Israel positions over the last decades, and Israel is managing to change its international image from one very intertwined with the conflict to one related to its qualities as a civilian power. I’m thinking of things like its high-tech sector, its record-breaking vaccination campaign, its culture and tourism” adds Lerner.

The political shift in Italy is also a fundamental one to understand the background and context of the question, as Italian media are so intertwined with the political context. Former Italian Prime Ministers such as the Christian Democrat Giulio Andreotti and the Socialist Bettino Craxi were widely known for their pro-Arab and pro-Palestinian foreign policy, at a time when Italy played a crucial geopolitical role in the Mediterranean and at the edge of the Iron Curtain.

“Israeli Prime Minister Ariel Sharon had the intuition of adapting the war on terror grammar in the context of the Israeli-Palestinian conflict. Everything that was narrated, until 2001, as the struggle of a people that requested the acknowledgement of its rights, through different means, from armed struggle to non-violent demos and civil resistance, was torn down as Sharon managed to present the whole Palestinian question as connected to terrorism” further explains Elia.

The issue around the media outlook can be seen also in the social and political reactions on these fronts these last few months.

When the Jewish community of Rome gathered at Porta d’ Ottavia to support Israel on May 12, Italian politicians from all sides joined in, from the leader of the Democratic Party, Enrico Letta to the leader of the far-right party The League, Matteo Salvini.

Salvini also profited of the platform to attack Italians of second and third generation, as the Italian Right is always vehemently against the idea of reforming Italy’s discriminatory citizenship laws, while the centrist party Italia Viva deleted the Twitter account of a local section of the party that did not agree with the platform of the demonstration at Porta d’ Ottavia.

The presence of prominent politicians has contributed to the media coverage of this demonstration, while the same cannot be said for the social media rally and the letter #NOTINOURNAMES launched by a group of young Italian Jews against violence in Israel and Palestinian Territories, as well as against the Israeli police violence and the evictions in Sheikh Jarrah.

In all of this, the flawed narrative and storytelling are also because so many voices do not find space in the media. “I think the media fail to convey the extent to which the conflict has become a non-issue inside Israel over the last 15 years. To the point of being barely discussed in election campaigns. This in turn is partly a consequence of how interest in Israeli-Palestinian issues has gone down on an international level. I also think there is also a significant cohort of non-politicized Arab-Israeli citizens who are quite happy living in Israel, and are not ready to forsake material benefits to pursue national and identity struggles. Mansour Abbas, who is becoming Israel’s most prominent Arab leader, largely embodies this strand. Finally, of course, there are many stories related to the occupation in the West Bank and the situation in Gaza that get little if any attention in Israeli and international media,” Lerner, who reported from the strip for Italy’s Repubblica in 2019, tells Media Diversity Institute.

Get the Trolls Out which is led by Media Diversity Institute has developed a list of resources to combat diverse forms of hate speech, including antisemitism, Islamophobia, anti-Christian sentiment, and attempts to turn public opinion against migrants and asylum-seekers. If there are any resources you would like to recommend please contact us.