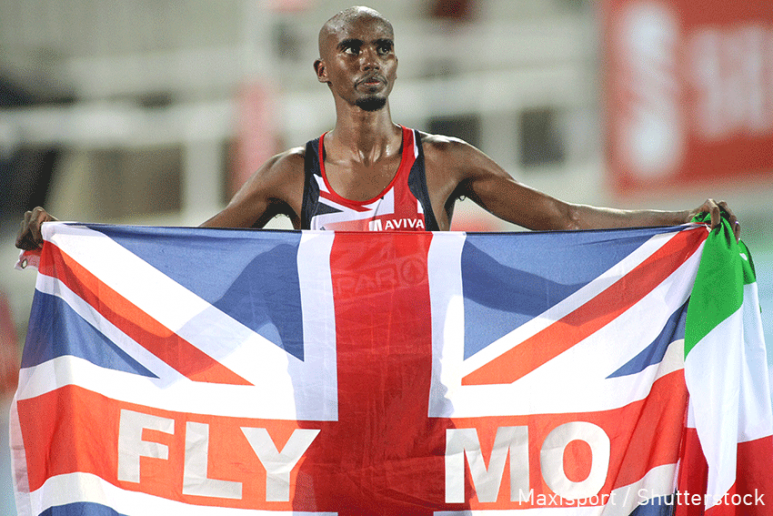 . At a time when it is even becoming normal to talk about the possibility of the UK exiting the European Court of Human Rights, there is a consistent need for people-centred and solution-driven journalism, when it comes to refugees and migrants.

Last week, the release of the BBC documentary ‘The Real Mo Farah’ provoked strong reactions, with media headlines using words like ‘touching’ and ‘shocking’ to describe it. The documentary tells the story of the Olympic star, who was trafficked to the UK as a child and forced to work for a family of strangers as a domestic servant. Telling his story for the first time, Sir Mo Farah revealed that his name is actually Hussein Abdi Kahin and that he was taken from his family in Somalia and raised in the UK with an identity that was not his own.

Once the truth became known at school, he was first entrusted to another family, and then helped to obtain citizenship in 2000, albeit under the false name of ‘Mo Farah’. Between school and social services, the child’s secret was somewhat ‘protected’. But taking a step further, beyond the empathy this story provokes, there are at least two questions of public relevance that the media should ask, for a constructive reception of the documentary. What does the story of the ‘real’ Mo Farah tell us about the legal immigration system and how the media represent refugees and asylum seekers? Can this kind of story help put their stories and demands in a fairer light? 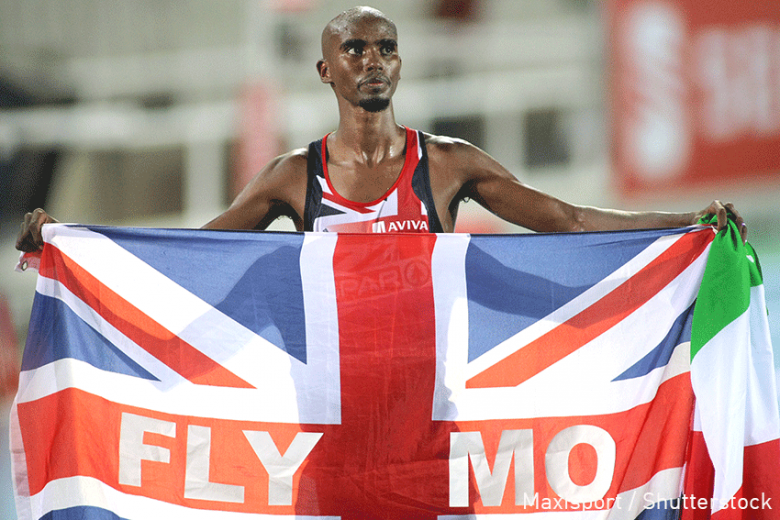 Without these questions, Sir Mo Farah’s story risks becoming the consolatory tale of the champion who, thanks to his talent, overcomes all adversity. Someone for whom citizenship is a deserved prize, like another medal, and not a recognised right. This kind of dynamic, where a story that moves public opinion produces an exception to the rule without the rule being questioned, is also common outside the UK. In 2018, French President Emmanuel Macron offered citizenship to an immigrant from Mali who had climbed to the fourth floor of an apartment building to save a child who was about to fall. In 2019, in Italy, two minors of Egyptian origin who had helped to foil the hijacking of a bus were granted citizenship, although in the country the path for it to be recognised is very complex. These kinds of stories, like Sir Mo Farah’s, highlight a double standard.

This is also the conviction of Professor Nando Sigona, Director of the Institute for Research into Superdiversity (IRiS) at the University of Birmingham, for whom Sir Mo Farah’s story has traits of exceptionality.

‘The exceptionality lies in two aspects,’ he says to Media Diversity Institute.

‘There is the treatment that elite athletes receive with respect to the speed with which documentation is given, which otherwise requires many intermediate steps for the transition from asylum seeker to citizen. The case also reveals, again, how in the Home Office there is preferential treatment for those they consider VIPs. There is an office that specifically handles all cases that may have media implication.”

The legal aspects are far from secondary. Indeed, there is a relevant tendency in the British media to portray MENA migrants and refugees in terms of security risks, and thus within a ‘law and order’ narrative. From this point of view, the current ‘culture wars’ are in contiguity with the decade before Brexit. Between 2005-15, according to the Oxford Humanities Migration Observatory, the prevailing traits were about numbers (such as mass and immigration rates) and – again – legality. When it comes to migrants and asylum seekers, therefore, the British media hardly focus on the needs or rights of those who come from another country, but are accustomed to asking ‘won’t there be too many of them?’, or ‘do they have papers in order? Do they come here to commit crimes?”

Refugees today have to be Olympians or heroes who save a life in order to be humanised. They have to earn our sympathies.

Government policies today would have made a young Mo Farah’ life incredibly difficult if discovered. From age assessments, detention centres and deportation

In the same documentary, it is Sir Mo Farah’s lawyer who explains that the procedure by which citizenship was obtained may be considered ‘fraudulent’ by the Home Office. And this implies that there could be both legal and media fallout. Coming out of the closet as a survivor, therefore, as a person who has suffered a crime and who, at some point in his life, has found himself in a condition of illegality, or at least in a grey area before the law, can have negative repercussions, and this should be pointed out.

‘Those who work with cases of minors who have been smuggled and trafficked know that the Home Office is never flexible when it comes to stories that are changed, small elements that do not coincide in the various versions,’ says Professor Sigona.

‘We also know that for example in naturalisation cases or applications for citizenship the criterion of ‘good character’ has been introduced and is also applied to children.’

One must also consider the extent to which this general representation prevents a correct framing of the phenomena. There is a tendency, through stereotyping, bias or xenophobia, to associate human trafficking and modern slavery with irregular immigration. Yet little Hussein arrived in the UK through the front door. Not only that: according to the Home Office’s own statistics on modern slavery, the main country of origin when it comes to children victims of modern slavery is the UK. This inhumane market does not necessarily have to go abroad to obtain its labour force.

‘As we compartmentalise – so cases involving British citizens are one thing, and cases involving foreigners another – the kind of solution that is put in place varies,’ Professor Sigona tells Media Diversity Institute.

Back to the starting questions, then, ‘The Real Mo Farah’ suggests two answers. The first is that the system does not seem to guarantee and protect the most vulnerable, but rather is ready to make them live in fear of the law. Even a legendary sports champion, a ‘Sir’, has to live not only with the trauma of his experience, but with the fear of legal consequences. We can imagine but not quantify how many Mr and Miss Nobody are currently kept from reporting their real story, scared by a ‘Hostile Environment’ that politicians are too many times proud of’. Yet we should not wait for scandals that show the weaknesses and cruelties of the system on a large scale, like the Windrush scandal, or its racist undertones.

The second answer is that, on a media level, if there is a ‘culture war’ for which journalists should enlist, it is to radically change the way migrants and asylum seekers are covered. Criminalising, perhaps having in mind the image of the migrant arriving on the makeshift boat, pursuing a ‘engagement for engagement’s sake’ strategy, means keeping away from the real implications of the phenomena. At a time when it is even becoming normal to talk about the possibility of the UK exiting the European Court of Human Rights, there is a consistent need for people-centred and solution-driven journalism, when it comes to refugees and migrants. And there is no shortage of examples if you look for them.