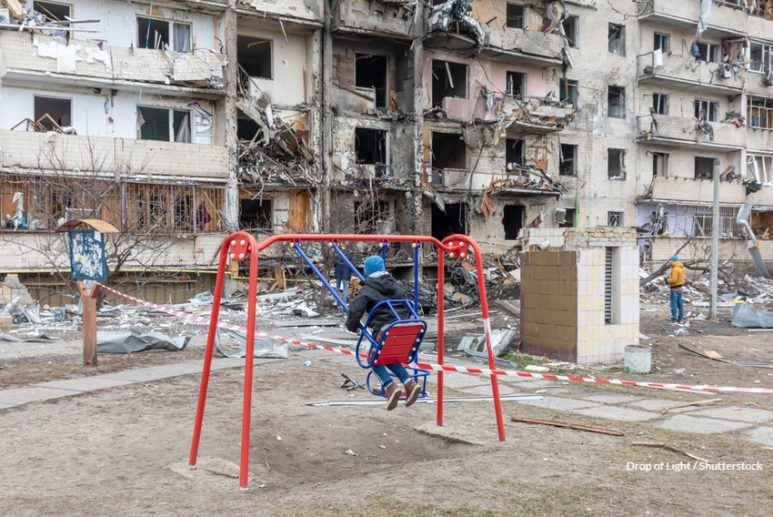 The War in Ukraine Challenges the Relevance of Culture Wars

For years the term ‘culture wars’ has dominated social media spheres in the Western world. From trans rights to discussions over the impact of historical statues, almost no topic has been left untouched by commentators. But in the face of physical war in Ukraine, the first conflict on European soil in decades, is perspective shifting? Or will the phenomenon of culture wars continue?

For years the term ‘culture wars’ has dominated social media spheres in the Western world. From trans rights to discussions over the impact of historical statues, almost no topic has been left untouched by commentators. But in the face of physical war in Ukraine, the first conflict on European soil in decades, is perspective shifting? Or will the phenomenon of culture wars continue?

According to Liam Monsell, senior analyst and counter extremism expert at Protection Group International, real culture wars don’t exist in the way that many commentators and audiences think they do. Right-wing speakers and movements will narrate complex events in the real world, such as wars, violence, and social movements, in a way that obscures their political, material, and psychological motivations. 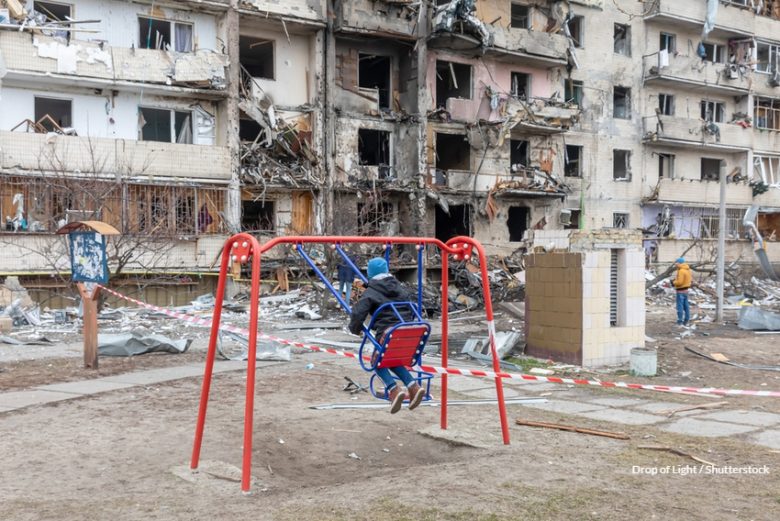 “The notion of culture war is often weaponised to suppress the speech and opinions of groups historically under-represented in society. Rather than engaging in meaningful discussions about structural racism, patriarchal norms, or discriminatory language, the idea of culture war conveniently disregards all critical viewpoints as thoughtless acts of discursive aggression that pose an existential threat to the status quo. Under the guise of war, this empowers the privileged to fight back and consciously or subconsciously defend their hegemony. There is an inherent asymmetry in the dynamics of ‘culture war’. More often than not, the fear of culture war is espoused by white, conservative, heteronormative audiences, who perceive the developing rights and representation for minority groups as a concerted attack on their hegemony, rather than a gradual change in attitudes. This is where narratives of culture war risk feeding into more fringe and extremist viewpoints, especially those of extreme-right wing and white-supremacist movements who state that the advancement of civil rights, gender equality, and LGBTQ+ representation is the deliberate strategy of a clandestine elite (or deep state) who are covertly controlling the world and trying to wipe out the white-race,” he tells Media Diversity Institute.

“Culture is a porous, unstable, continually changing entity. It means different things to different people over time, place, and context, and is therefore impossible to operationalise into a single robust entity from which one can declare war, unlike a territory, state, or kingdom. The perception that culture war exists is more dangerous and mobilising than the vague reality of culture war itself. People can be made to believe terrible things and be motivated to commit great harms under the belief that their culture is at war with another, which is why it’s such a common component of extremist discourse and international disinformation,” he continues.

He adds that disinformation heavily fuels the perceived war, and far from being irrelevant in the face of real conflict, it can actually be another tool.

“I think it’s problematic to consider culture wars and real wars as separate entities. The idea of culture war is a powerful device to simplify complex political debates into simple matters of “us vs them”, and serves to erase nuance and common ground in favour of outrage and polarisation. Polarisation is itself an important facet of information warfare and propaganda, both of which are core components of what is often called ‘real’ or ‘conventional’ warfare itself. Information warfare has always been a part of conventional warfare, so to view them as separate entities that divide rather than share attention between themselves doesn’t consider the historical role that intelligence and propaganda have played in directing physical warfare and justifying it to those at home and abroad.”

For Russia, the West’s reliance on social media could be another way to add fuel to the fire.

“There is a lack of nuance and evidence based fact used in discussions surrounding conflicts like that in Ukraine – which is where fears of culture war are most exploitable,” explains Monsell. “Commentators are quick to criticise solidarity with Ukraine as nothing more than a woke bandwagon effect, and influence operations in support of Russia know exactly what to say, and to who, in order to stoke this division and discord further.”

A recent example would be misattributed content on Twitter that allegedly shows Romani refugees being beaten and tied to posts by the Ukrainian police once they arrived in Lviv. This prompted many groups on the Left in the UK to share the content and question whether the country should be accepting Ukrainian refugees if this is how they allegedly treat their minority communities. “Right wing commentators in the UK, subscribing to the belief of the left’s escalating culture war of wokeness, were then quick to point out the hypocrisy of these sentiments, saying things like “if they were Syrian, you wouldn’t be saying this”, “this is what woke politics has done to the left”, or “you’re so left wing you sound right-wing”.  he photos in question reportedly showed looters and pickpockets, not refugees, being arrested by vigilante groups, not the police, in war-torn Kiev and not Lviv. It’s one example of how Russian disinformation tries to exploit real outrage over established issues of inequality to amplify their inaccurate or misattributed content, playing both sides of an entrenched debate to sow doubt over people’s understanding of the situation.”

Due to the fast paced, soundbite nature of social media, fact checking isn’t always the first port of call for users. As a result many people, including journalists, are putting their trust in sources who may be unwittingly sharing false information.

Even the most critical minds can be easily manipulated on social media. The platform has created a very tribal attitude to opinions, which is the perfect fuel for culture wars. These tribes build a sense of trust among users, making them more likely to share something that’s been retweeted by someone they know and have previously agreed with, without checking its accuracy.

“The middle ground has been eroded and people are being polarised,” says Dr Kit Chapman, journalism course leader at Falmouth University and fake news expert.

“If you step out of line you’re branded a traitor to your ideology. There is no nuance and issues get lumped in together.”

For example, the author JK Rowling was recently accused of sharing views with Putin, after he used her name in a speech.

“People start to talk about association, because we have become used to the idea that you have to agree or disagree with people on everything but it’s a false equivalence.”

The mention of Rowling’s name did serve a purpose though, to further polarise online social media communities.

While Chapman agrees that the culture war disinformation is often being generated by far right and Russian groups, it needs an audience to share it.

“Some people make their living fuelling these wars, for example Tommy Robinson or Katie Hopkins,” he explains.

“They create fake situations, designed to make you feel angry.”

While he says the left don’t have the same figureheads, there are still many commentators, such as Owen Jones, using social platforms to generate outrage and anger rather than nuanced debate.

“What we’re seeing is completely separate issues being combined into one belief system. There aren’t necessarily any similarities, but people lump everything in together. With social media we also see a lot of ‘whataboutery’ which makes it even more difficult to have a debate and is often an attempt to undermine what could be a valid point.”

Despite the physical war in Ukraine, the online debates raging online in the west are showing no sign of abating. For Dr Václav Stetka, a programme leader on media and communication at Loughborough University, geography plays a role in the importance of these debates. He is currently working on a project called the Illiberal Turn, which looks at the issue of culture wars from the perspective of Eastern Europe.

“In Central and Eastern Europe, the term culture wars isn’t well known. A lot of issues like LGBTQ rights and the environment are starting to be explored, and in some cases exploited by right wing politicians, but not to the same extent as the West.”

He adds that the focus on Ukraine is greater in Eastern Europe, because they are geographically closer and have firsthand experience of similar challenges in more recent history.

“I don’t think people are forgetting about culture wars, especially in the West. But in the East the war is top priority right now. If it ends in a few months we would see a return back to some of the other issues that have been discussed in recent years. The richer and more secure a country is, the more it’s entangled with debates that other countries might not yet be so worried about.”

Like others, he believes the rise of cultural wars is directly linked to social media.

“It’s an increasingly important means of communication. But as we know it’s an echo chamber, prone to manipulation and channeling of negatively and divisive opinions. These spread faster than the positive messages and fuel debates in an unbalanced way.”

He argues the appetite for conspiracies, cultural attacks and fake news is driven by the need to argue against systems, with those who have low trust for governments and mainstream media more susceptible to manipulation.

As well as posing a risk to measured debates, and leaving media and decision makers at greater risk of making snap choices that aren’t necessarily grounded in accuracy, the culture war phenomenon may lead to other complications. In the most extreme cases, Dr Chapman says these toxic debates and aggressive arguments online can spill over into physical violence.

“Culture wars threaten to radicalise people into one extreme or another, and we’re already seeing the evidence of what happens when people take matters into their own hands,” he explains.

“When people are being threatened or killed because of their beliefs, that’s the biggest threat we will face.”