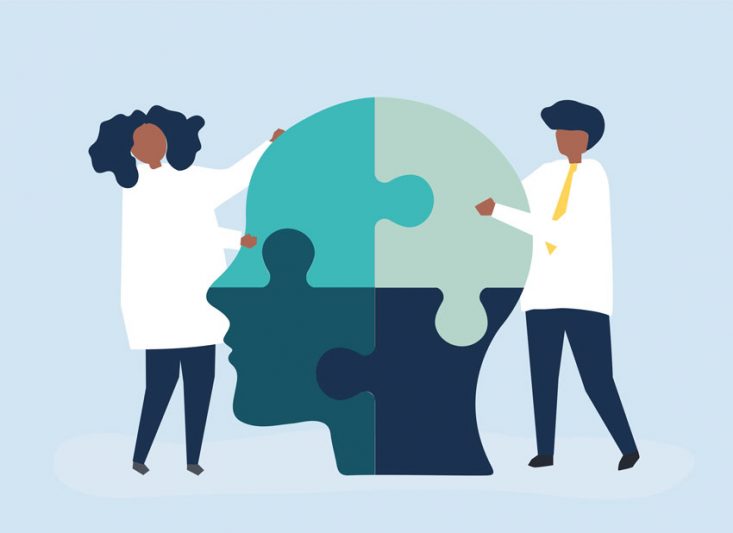 The White Washing of Mental Health Awareness in the Media

From glossy Instagram accounts to hard-hitting headlines on depression, reporting on mental health has become more prevalent than ever before.

From glossy Instagram accounts to hard-hitting headlines on depression, reporting on mental health has become more prevalent than ever before. Yet despite the increased attention, mainstream coverage remains dominated by white voices.

Research from charity Rethink Mental Illness shows that people from ethnic minority backgrounds are more commonly affected by mental health issues due to inequalities in wealth and living standards, as well as bias, racial prejudice and lack of access to care. But lack of diversity in media coverage fails to accurately depict a picture of the mental health crisis in the west, leading to the exclusion of many high-risk individuals from the conversation and even greater barriers to accessing support. 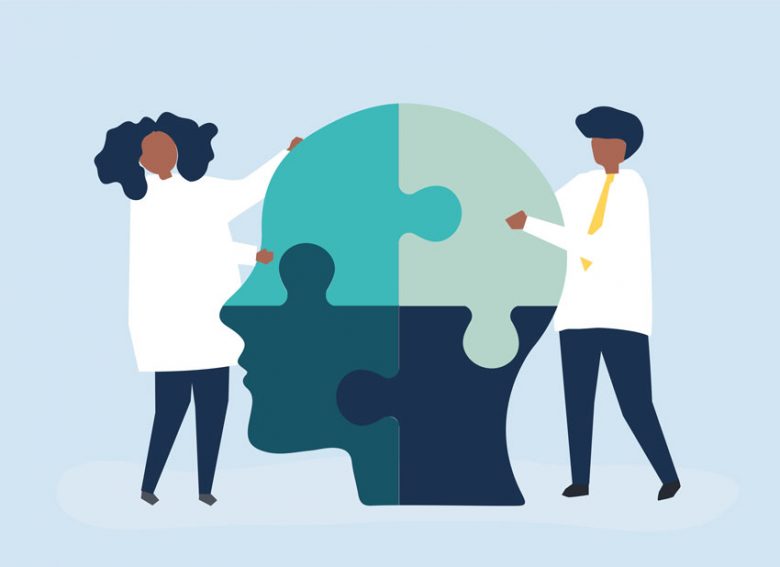 Soumaya Ettouji, who was born in France to Moroccan parents, believes that poor representation in media coverage not only alienates people, it can also validate stigmas about mental illness that exist within some cultures.

“I never saw myself represented in adverts or articles about mental health. I don’t think my family really understood or believed in mental illness. It was something that was reserved for rich, white people,” she explains.

When her brother began exhibiting symptoms of schizophrenia at the age of 17, it was 10 years before he received a diagnosis.

“He went to prison and had problems with drugs and alcohol, all of which were considered ‘bad behaviour’ rather than a result of a mental health condition. If we were white, his condition would have been picked up sooner,” she tells MDI.

She adds that in Muslim culture, mental health issues are often taboo.

“You aren’t encouraged to speak about it, just pray harder. It makes you feel as though it’s your fault and your faith wasn’t strong enough. Since I started posting about my own experiences with postnatal depression, I’ve been amazed how many people of colour told me they’ve had the same feelings of loneliness and feeling unsupported,” she says.

Lauryn Craine, who has anxiety, depression and possible autism, never identified with media representations while she was growing up.

“I know of a few Black Instagrammers, but the mainstream media is dominated by white people talking about anxiety. There are Black celebrities with mental health problems- like Kanye West, but he never speaks about his mental health,” she says.

She adds that representation of Black people and other ethnic minorities can often feel tokenistic.

“I write about mental health, but I still don’t necessarily feel like editors want to commission stories from Black people. We need to have more representation across the media in general for things to change,” Lauryn explains.

Like Soumaya, she says there can be shame and stigma in her community around mental health, but also a general mistrust in doctors. “Mainstream medicine has so often failed Black people, there’s a huge lack of trust.”

Traditionally medicine has been influenced by the perspectives of white people and tailored to their needs, which is where much of this mistrust stems from. Charles Brown, Psychotherapist and spokesperson from the UK Council for Psychotherapy (UKCP), says this is especially true in mental health.

“Early trials of medications and mental health research have taken place in ethnic minority communities, but the research is taken and used to benefit the white, western population,” he explains.

“Many people in Black communities feel exploited and oppressed by the medical community,” Brown continues.

Meanwhile the mental health solutions that are widely discussed in the media, such as one-on-one therapy, don’t always cater to the specific needs of individuals with different experiences or cultural beliefs.

This lack of understanding about other cultures also impacts people’s diagnosis and treatment. For example, data from Mind shows that while Black men are 10 times more likely to develop psychosis than white men, and 40% more likely to be diagnosed at a late stage, often through the prison service. Yet Brown points out that diagnosis can be misrepresented.

“When Black people do get into the system, they’re more likely to be over-diagnosed with certain problems. For example, untreated anxiety can manifest as psychosis, so there is a higher chance of being misdiagnosed with schizophrenia,” Brown tells MDI.

Meanwhile, because the basis for diagnosing psychosis is all built around the norms of white, western communities cultural differences, such as religion, aren’t taken into account at all.

“I am Caribbean and in my culture we talk about itchy palms meaning you will get money. In another culture that belief could be considered a sign of mental illness,” he says.

“There is an unfounded perception across the media and throughout public services that Black people are more dangerous than white people. As a result, Black people with mental health problems are more likely to be labelled with a serious diagnosis, such as psychosis, compared to white people. It’s part of institutionalised racism because people make the assumption that Black people pose a greater risk to the community,” says Cabral.

This misconception is reflected in the number of restraints against Black people. In 2017/18, the rate of physical restraint episodes per 100 mental health patients on Lambeth’s South London And Maudsley Trust’s wards was 65 per 100 Black inpatients (228 episodes) compared to a rate of 39 per 100 White British inpatients (70 episodes).

Terminology and the way statistics are reported is also crucial to accurate reporting. While the word BAME is widely used in the media, many see it as inaccurate.

“Different issues are likely to arise in different communities, so it’s important that we look at the needs of different groups, and also the individuals within those,” says Cabral.

“For example, people from a Caribbean background are just as likely to access talk therapies as white people, but those from African background are much less likely to access them. There’s lots of reasons for this, such as cultural perceptions, language barriers, religious beliefs or that the referral pathway is not culturally appropriate. But statistics that are reported in the media tend to lump all Black people into one, which makes it harder to know exactly how services can work together to provide better experiences,” she continues.

In addition to lack of diversity and poor reporting, the way in which symptoms are represented can also lead to exclusion. Charlotte Armitage, a psychologist and psychotherapist, is concerned that media coverage is conflating mental health with mental illness, which risks pathologising normal human experience, and alienating the most seriously unwell people from the conversation.

It’s something that resonates with Rae Kavanagh, who lives with severe depression, anxiety, PTSD, as well as autism and ADHD.

“We see depression as an instagrammable talking point, or something that can easily be fixed with yoga or mindfulness. I’ve lost people I loved to depression and it upsets me a great deal when people don’t realise how serious it is. Sometimes I have to take days off work due to my mental health being so bad I cannot function,” she adds.

She says it feels hard to demonstrate what severe mental illness really looks like. “I’m not just a little sad, and I can’t easily fix my depressive episodes with a cheer-up pill.”

Armitage adds that the impacts are often felt more acutely by minority groups, who already find it harder to access help.

“People from ethnic minority backgrounds face higher unemployment, poverty and difficulties accessing education, which are also major triggers for developing mental health problems, as well as barriers for getting help. Meanwhile the impacts of racism itself can also  also take its toll on mental health.”

She argues that to change perceptions, media coverage needs to become less superficial. “They’re not really getting under the skin of the real challenges, which is a big problem.”