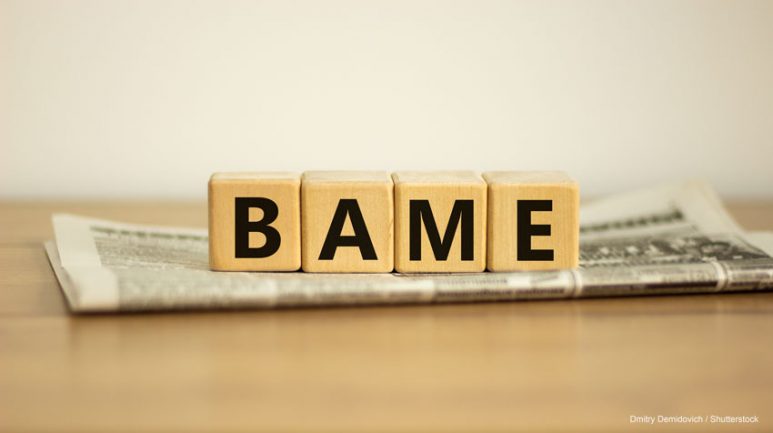 Many Black journalists agree that there may never be a sufficient or agreed upon term for seeking out ethnic minorities as a collective, and that is okay.

BAME, the acronym meaning Black and Minority Ethnic, is something I remember first paying more attention to when I would hear executive directors of media companies use when making plans and predictions for the future of the workforce in their organisations. In an article published in 2015 on the Guardian, I read about an exec director announcing in a speech, that by 2020, there will be a strong push and initiatives set forward to ensure that a third of staff at that organisation will be BAME.

There are a few things wrong with this. Like many directors of media companies, not a lot of detail and clarity is provided in these speeches, and I notice more over time how there is confusion on what the BAME community is meant to be, hence the term being something many within a minority ethnic group have grown to despise. The term has now been used as a lazy way of grouping several ethnic minorities as one. I too have grown to become increasingly cautious about using certain terms like BAME, and POC (Person of Colour). 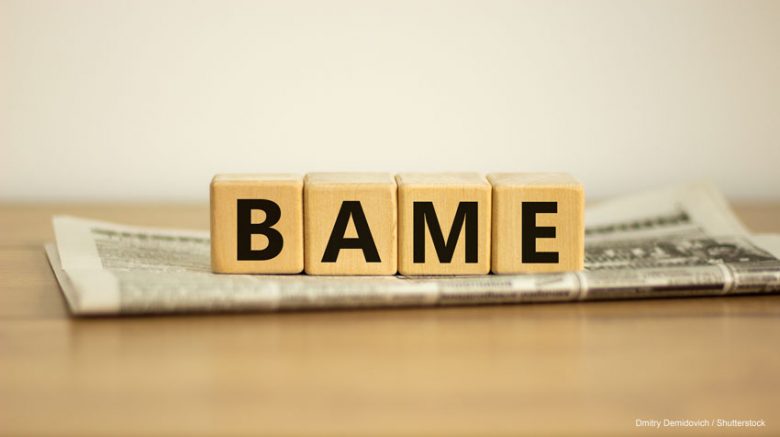 Microaggressions I face as a Black woman, can be completely different experiences to what an Asian woman will face. Our backgrounds, beliefs, and how we see the world are differently shaped, so why must there be a need for us to be grouped into one category?

As of recent news, the Commission on Race and Ethnic Disparities, which is an independent commission aimed at examining inequality across the UK, have recommended that the term BAME should no longer be used by companies and public bodies. The commission was set up in the wake of George Floyd’s death in the US in and the worldwide Black Lives Matter protests last year.

These findings justify the importance of using the right terms, especially when it comes to race. Research from think tank Britain Future, which researches public attitudes towards diversity issues, found that:

“Less than half of ethnic minority Britons (47%) feel confident that they know what ‘BAME’ means, with three in ten (29%) saying that they don’t recognise the term at all. Across the public as a whole, about four out of ten people think they are confident about what the term “BAME” means. One in three people say they are unfamiliar with the term. A further large segment of the population have a sense that this has something to do with ethnic diversity, without being sure of its meaning.”

Mercy Muroki, a senior policy researcher who sits on the commission, said “that the BAME acronym has outlived its use” and that it “dehumanises the diverse experiences of different groups in this country”.

A spokesperson for Boris Johnson spoke out, saying: “The Government doesn’t routinely use the term BAME because they are not well understood and they include some groups and not others (…) [s]imilarly we do not use ‘people of colour’ as it does not include white minorities. The report will be provided to the PM..  and we will respond to those recommendations in due course.”

These comments shared led to even wider conversations online. We Are Black Journos took to social media to ask our community their views about the term being scrapped. Responses were amongst the following:

‘Finally!!! I hate the term BAME with every part of me.’

‘About time!! Call us Black that is who we are.’

‘It’s about time…we’re all tired’

A post shared by WE ARE BLACK JOURNOS (@weareblackjournos)

So maybe this is a start – by asking the wider population, and of course those who are classified as part of the minority group, to share their views and understanding of the term. Where did the acronym even originate from?

Well it’s said to have been rooted in the idea of “political blackness”, a common term used by many in the 1970s, during the anti-racist movement. Professor Ted Cantle says it was common for different ethnic groups to join together under a “universal term” – Black – to fight back against discrimination. This joining together was also challenged by people who were not happy about the idea of being “lumped” together.

“It seems we are avoiding addressing institutional and structural racism challenges in the UK. Although a problematic term, if use of #BAME is the most pressing of the Commission’s recommendations, then Britain’s ethnic minority communities are being massively let down.”

It seems we are avoiding addressing institutional and structural racism challenges in the UK. Although a problematic term, if use of #BAME is the most pressing of the Commission's recommendations, then Britain's ethnic minority communities are being massively let down.

This could turn out to be a disappointing reality for many people, but could potentially work as a catalyst for those in senior positions of leadership, in journalism for example, who could work further at addressing the several gaps that are still constantly seen in the newsroom. Are diversity schemes the only way to increase inclusion and diversity? It all starts with educating ourselves on why we need those from a minority ethnic group, in predominantly white spaces.  It starts once we have better understanding of systemic reasons as to why terms like BAME existed in the first place. Sadly, the potential scrapping of this term won’t immediately scrap racism and discrimination.

I hope that it instead teaches us to understand the importance of embracing each and every ethnic group, learn to be better allies, questioning why not all newsrooms reflect the audiences that we speak to, and also put pressure on the government to take the suggestion of scrapping of the term seriously. Now, there remains the question of what could potentially “replace” BAME. Many Black journalists like myself agree that there may never be a sufficient or agreed upon term for seeking out ethnic minorities as a collective, and that is okay.