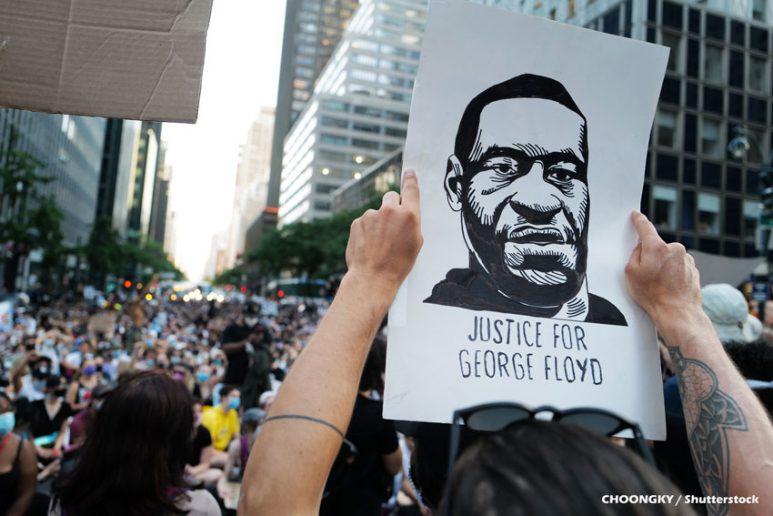 George Floyd, the BLM and their impact on the Media: An Overview of MDI’s Coverage

The media shape public opinion and have the power to change the way people approach certain issues. When journalists report on such issues, the understanding of the deep roots of structural racism is important.

George Floyd’s murder by (now former) police officer Derek Chauvin brought to light once again the depths of structural racism in the USA and the disproportionate targeting of Black communities by the police. His last phrase ‘I can’t breathe’ haunts everyone who has watched the video of Derek Chauvin kneeling on George Floyd’s back and neck as he slowly left his last breath. In this article, I have gathered a list of resources and articles the MDI produced during last years protests that look into the impact that they had on the media.

The killing of George Floyd reignited the Black Lives Matter movement as hundreds of thousands of people protested around the world seeking justice and equality. These protests open up various conversations globally on police brutality, institutional racism and the role of the media. In the UK these protests over the summer led the British government to form the Commission on Race and Ethnic Disparities whose long awaited 264-pages Sewel Report was published on Wednesday 31 March 2021 after many delays. The report looks into structural racism in the UK and concludes that there is no evidence of structural racism in the UK and that the UK should be a model for other white majority countries. To no ones surprise the report has been criticised by experts on race and equality issues. Commenting on the report Runnymede Trust’s chief executive Dr Hallima Begum told the BBC on Wednesday that the report is highly problematic. “Institutionally, we are still racist, and for a government-appointed commission to look into (institutional) racism, to deny its existence is deeply, deeply worrying,” Begum commented on the BBC. 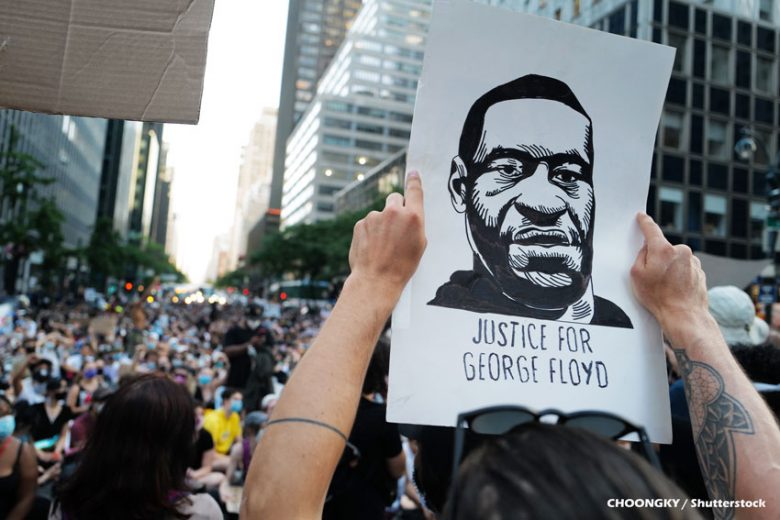 The media’s role in such cases is of most importance. In a research article published on Mass Communication and Society, Danielle K. Kilgo and Rachel R. Mourão looked at the ways the media and specifical visual communication affects viewers’ support of Black civil rights protesters and protests. Their findings show that

“(…) debate-framed coverage has a small but significant impact on increasing support for and identification with protesters and criticism toward the police. However, delegitimizing frames can have devastating effects for protesters, further marginalizing their ideas and forcing them to escalate tactics, which in turn can be used to justify protest repression efforts”

It is no surprise that the way the media depict these protests and those who take part in them have a great significance on the way they are perceived by the society. Journalists who cover such issues has a great responsibility for careful but accurate depictions and representations of protestors’ demands.

In an interview with MDI last June, Dr Danielle K. Kilgo said that there were both negative and positives ways that the media covered Black Lives Matters protests.

“It’s been really transformative and amazing that some of journalism has paid very close attention to police behaviour which is not typical, they have paid a significant amount of attention to police repression. However, […] many front pages of the newspapers [show] protestors standing on cars and protestors by fires, and anger and badness and that falls in that delegitimizing side of the scale,” she told MDI.

Both last summer’s protests as well as Chauvin’s attracted the attention of international media. One of the most crucial questions when it comes to international media covering these issues, especially European media is whether they are reckoning with their own countries’ racist and colonial past. While the British media covered Black Lives Matter protests they haven’t looked at their own past.

They haven’t “talked about how the legacy of colonialism has created systematic discrimination and structural racism here as well. Do not forget the Windrush scandal (…), do not forget Europe’s crackdown on migrants and refugees (…), do not forget the murder of Stephen Lawrence (…),” said MDI’s Anna Lekas Miller in a video about systemic racism in international media”.

While the conversation focused on the way that journalists should cover protests, two important questions arise: Should journalists join protests? What is the role of allies?

“Many journalists of colour are struggling with the question of whether to speak out about the Black Lives Matter protests against police brutality and systemic racism that have unfurled across the globe. But traditional ethics rules have long prescribed that journalists keep their opinions to themselves; one donation, T-shirt, or Tweet could have major consequences for a journalist’s career,” wrote Linda A. Thompson.

Yet she concludes her article with Seada Nourhussen response to this question: “I think that if the work that you do is of high quality, no-one can do anything, really”.

For this reason, accurate and ethical reporting is more important than ever.

The Black Lives Matter protests – which took place in the middle of a global pandemic – brought into light the importance of ethical journalism. The change in the way these protests are reported did not go unnoticeable. The media shape public opinion and have the power to change the way people approach certain issues. When journalists report on such issues, the understanding of the deep roots of structural racism is important.

How is #BlackLivesMatter Starting New Conversations in Media?

Is real life allyship remaining as impactive as it was on social media?

Racism Disclaimers on TV: Who Are They For?