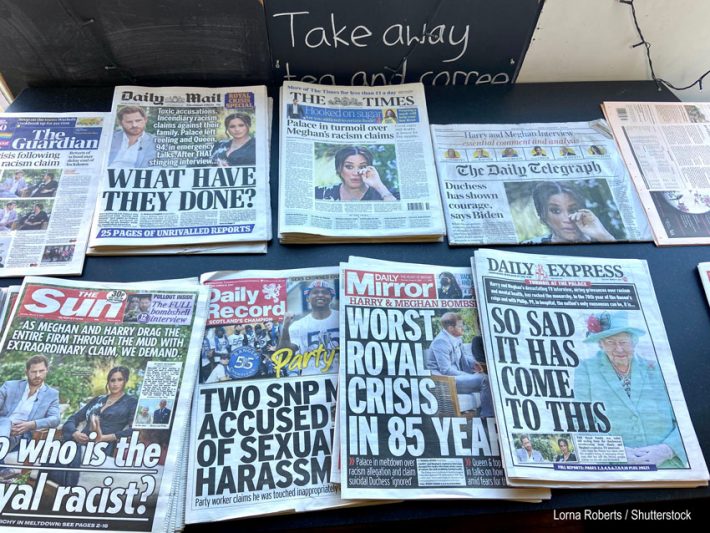 The newsroom is not only a physical space where journalists go about their day to day; it’s a tool. A powerful tool that helps shape our news intake.

News publications have so much power in not only shaping our opinions and narratives, but they can have the potential to shape the narrative of a person, place, or thing. Any thing. Whether that’s a celebrity scandal, or an event, the headline can have the ability to make or break a reputation.

Tabloid journalism has grown to become a toxic filled hub full of gossip, invading a public figure’s private life, and breeding further controversial conversations on the internet and beyond. When it comes to representation of race for example, it’s hardly been a positive relationship with British tabloids for a long time. Whether it’s the constant hurling of abuse thrown at Black football players, to the description of Black victims of police brutality in comparison to their white murderers, we see the same negative connotations again and again, further perpetuating the reason to view any skin tone other than white, as a monolith. 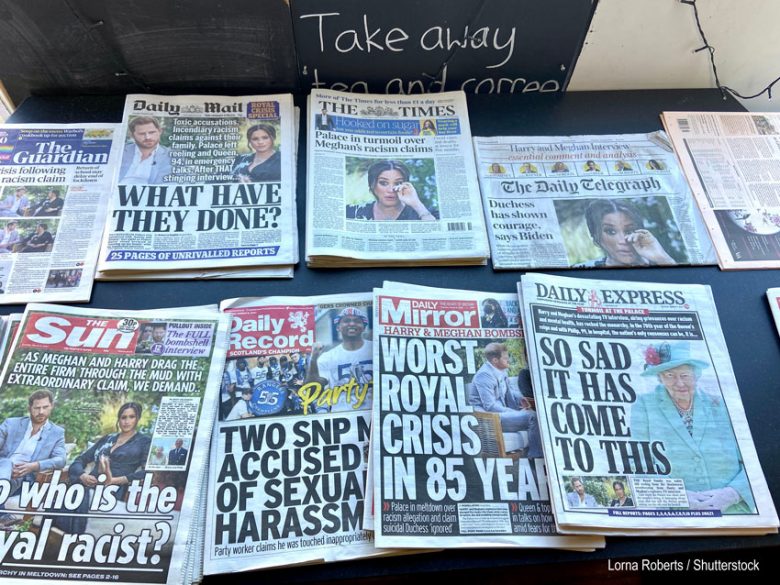 Since the speculation of Meghan and Harry’s relationship and then wedding, the growing negative headlines about the Duchess continued to grow worse. So bad to the point that in 2019, Meghan launched her legal action against the Daily Mail for publishing a letter written privately by Meghan, to her father. Prince Harry referred to Meghan as “one of the latest victims of a British tabloid press that wages campaigns against individuals with no thought to the consequences – a ruthless campaign that has escalated over the past year”.

And with the latest revelations shared by Meghan in her interview with Oprah Winfrey, the world has been discussing this extensively over the past week, bringing to light the worrying dangers that are being portrayed through tabloid journalism.

MDI spoke with Michael Gaskins, a Master of Science Candidate studying Television & Media Management at Drexel University, a private research university in Philadelphia, Pennsylvania and a media professional of over 20 years. Michael shares his views on the importance of diversity and inclusion, and the impact it can make on representation of telling stories in an unbiased way:

“Newsrooms should reflect the real world by being diverse. When Blacks are not in newsroom leadership positions, there is a greater chance that the produced content will come from an ignorant and possibly racist point of view. Diversity in newsrooms would have helped journalists shape and deliver better stories of the Black experience in both the U.K. and the U.S.”

When asking about the first headlines he remembers seeing, which appeared to stereotype a particular racial group, Michael shares his first encounter, dating back to a few decades:

“I remember the Rodney King verdict and Los Angeles riots of 1992 and the murder of Nicole Brown Simpson and Ron Goldman in 1994, followed by the O.J. Simpson trial and verdict of 1995. These incidents were all about race. There was a clear divide. I can only imagine if social media existed back then. I remember watching several police officers attack Rodney King. Incredibly, a jury acquitted four police officers initially charged with using excessive force. Later, seeing Los Angeles burn during four days of rioting. Two years later, I remember working on the assignment desk at WCAU-TV, CBS in Philadelphia at the time, when Simpson and Goldman died on a Sunday night. During the eight-month trial, the racial tension was unreal, especially during the verdict where many Blacks cheered for O.J. Simpson and many whites groaned. This trial was a stark contrast to the trial that happened just three years earlier in the same city.”

We can just about imagine what certain tweets and Instagram posts would be shared, had social media existed at such a time.

If there were 3 crucial tips for tabloid journalism to improve the way they represent people in stories, what would they be? Michael shares 5 with MDI:

Do UK and US tabloid journalism have similar or different ties, especially when it comes to reporting on stories featuring people from a Black or minority ethnic group? Could one nation learn things from another? How exactly do they compare and contrast?

Michael says both countries don’t differ in a big way, at all:

“I believe there are two prevailing thoughts behind this story from both sides of the pond. Unfortunately, I also think that both countries are comparable and are very much on the same page with each other regarding their coverage of public figures. There is one faction where Meghan Markle was the victim of racism, end of story. Then there is the other faction that believes Meghan does not have anything to complain about; after all, she was a Hollywood actress now royal, and she knew what she was signing on to and keep quiet. This type of journalism has been around for decades as liberal and conservative bases take their respective corners on “what is news” and “how to cover it” when a public figure is the main story. Conservatives say liberals play the victim card too often. Liberals say conservatives are out of touch with today’s society and are archaic.”

Michael used the example of Piers Morgan’s walking out during live television when Alex Beresford challenged him and compared it to Sean Hannity of Fox News to showcase the similarities in tabloid journalism in the US and the UK.

“Morgan believes you never talk about the Queen or country; Sean Hannity is about America first. Beresford was more like watching a Don Lemon commentary on CNN. That one scene told the story from both sides of the Atlantic. Someone can not handle the conversation and walks away, and that ends any potential progress. It is a real privilege to be a journalist. Regrettably, many journalists are “opinionists,” rarely reporting the truth and sensationalizing everything,” he tells MDI.

According to Michael, Meghan Markle wanted to share her story.

“She was not looking for sympathy. High-profile people and their families are all fair game by the tabloid media, both liberal and conservative, and in both countries. Public figures are cursed for the lifestyle they created, receiving all too much blame and way too much fame in the process. They are people too who deserve to be treated fairly,” he continues.

For Michael the main issue and problem with journalism is the lack of communication in the newsroom and the public.

The newsroom is not only a physical space where journalists go about their day to day; it’s a tool. A powerful tool that helps shape our news intake. We hope for more representations of society to physically be in these newsrooms, otherwise the narrative shaped by so many of these tabloids, will continue to share their own narratives, based on who is present in these spaces.