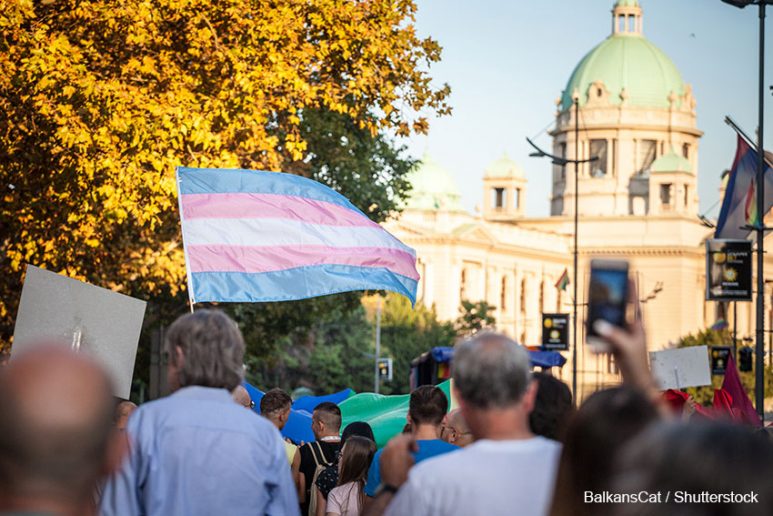 Being Trans in Serbia (part 1): The media’s silence

This is the first part of a two part series on being trans in Serbia that explores the depiction of transgender issues on the media. 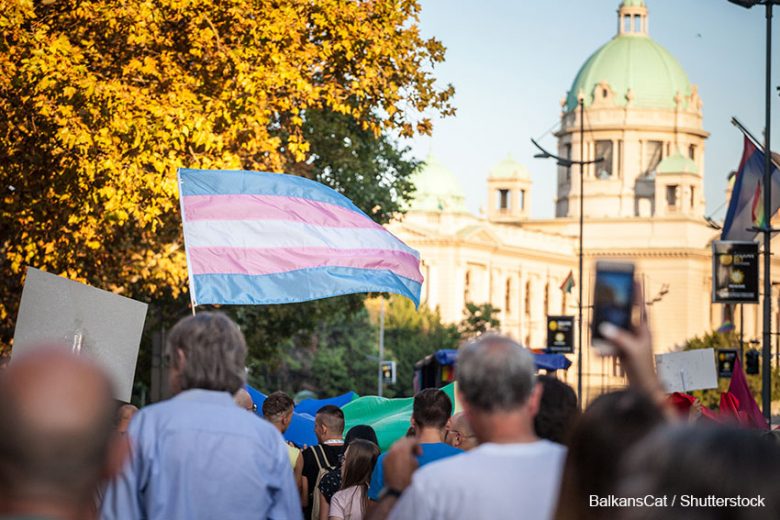 When Ana Brnabic was elected she was the first member of Serbia’s LGBTQ+ community to be elected as the country’s Prime Minister. Although Brnabic election was seen as a step forward for the LGBTQ+ community in Serbia, she has done nothing ever since to promote LGBTQ+ rights in the country. This is especially the case for those who identify as transgender. The lives of people whose biological sex differs from their gender identity in countries of the Western Balkans are in some ways much harder than the lives of transgender people in more socially and economically developed countries, or in those countries which are less patriarchal.

In addition to all the difficulties they have as citizens and members of the LGBTQ+ community, trans people are almost invisible in the society and the media; when they are visible they are usually depicted in a negative way

Serbia seems to have built a wall of silence around the trans community. This approach is flawed in many aspects, especially as some from the trans community report it can have detrimental consequences, including suicide and prostitution.

“The biggest problem in understanding the trans community in our country and in neighboring Hungary is the same, and that is a lack of information. People have no idea who trans people are. They know what it means to be a gay, but for trans people, most people think they are ‘some idiots who wear women’s underwear’,” Zoltan Puskas tells Media Diversity Institute.

Zoltan Puskas is a theatre director born in the small town of Senta in northern Serbia where the Hungarian national minority is located . He describes himself as a double minority; his national and gender identities afforded him minority status.  At the age of six he discovered that he was different from other boys. His parents let him dress like a woman, but he never talked to them about his gender identity or sexuality. When he was in school, everybody used to say that ‘it’ was sick, so he was scared and hid his identity. People around him used to say that the traditional way of living should be followed. When he was eleven, he walked in a dress around Senta for the first time. He felt as if he was flying. Today, when he goes to the local market in his hometown dressed as a man, everyone asks him what’s wrong with him. He jokes that it is not easy to be a woman.,

“Those who think that being trans or gay is in fashion these days are also wrong. That is not true. It’s not a choice, that’s how you are born. A transgender person is someone who was born in the wrong body: you were born a man, but everything else is like a woman, your brain works like a woman’s brain, you have a woman’s soul, when it comes to men – you are annoyed by the same things that annoy all other women, and only when hormones overwhelm you,” Puskas continues.

Invisibility is the hardest

“It takes time to understand who you are and accept yourself as such, because nobody talks about it in public. When I was a child you could not even read or hear anything about it, you have no idea what’s going on with you, you think you’re going crazy. This is how your uphill struggle begins and it lasts as long as you live, your life-and-death struggle, because you will never be accepted no matter how you choose to live. There is no normal life for you.

The wall of silence surrounds you – you are ignored by the society, by the media. What is more, when you go to see a doctor because of a common illness, he or she is puzzled and doesn’t know what to do with you. He looks at you frantically and suspiciously. There are constant reminders that you are worth less than other people. Therefore, if you are not strong enough, you sink into depression again and again. Because of that, a lot of trans people end up committing suicide, or they move to the escort zone. These issues are not addressed in patriarchal societies and in countries with social, economic and political problems.” said Puskas.

The way Serbian media treat transgender people is less than ideal. According to Puskas the majority of the population are not aware of the what it means to be a trans person, and that includes journalists as well.

When asked what he thinks how Serbian media understands and portrays transgender people and what issues the media should cover, Puskas says:

“If journalists know nothing about trans people, how can they inform the public?” he says.

In addition Puskas stresses the fact that people simply do not care and even though he partly understands the reasons why it still baffles him as they all live in the same space.

“Of course, I am aware that sexual minorities will never be accepted in this country. Trans people have even experienced rejection and ignorance by the gay community, so, how can I expect someone who does not understand what a trans person is to accept a trans person? A few years ago, the organizer of Belgrade’s Pride Parade did not want to walk side by side with trans people. The gay population does not accept us! So, where are we? The Dark Ages?!” Puskas emphasises.

The director points out that the media in Serbia, and in neighboring Hungary, report on trans people only during the Pride Parade or when trans people are involved in an incident. This exclusionary way of reporting could lead to stereotyping trans people as troublemakers.

Serbian media seem to be interested in ‘trans’ stories that can collect a lot of clicks: stories in which a politician, a sportsman, a public figure is trans, gay or bisexual.. Zoltan Puskas, however, has to deal with two different issues due to his identities: being transgender as well as part of the Hungarian minority. This means that he is concerned both about issues to a personal level.

“I don’t know what is worse: the silence about our existence or the situation in Hungary. A few months ago Orban’s regime in Hungary’s parliament voted to end legal recognition for trans people and they even banned talking about anything connected with ‘sexual minority’ in schools. So we practically don’t exist there. I do not suggest that children should be taught transsexuality or transgenderism, but I think that the society cannot be silent about our presence,” Puskas tells Media Diversity Institute.

Note: Zoltan Puskas identifies as transgender and uses both male and female pronouns depending on social situations.