Bias (Fatigue) in Britain: Where did the Media Go Wrong? 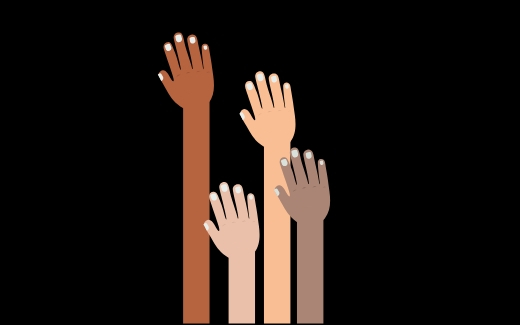 It is difficult to find a subject that elicits more of an inward and outward grown like that of racial bias. One of the main factors causing this fatigue is the redundancy of the media narrative. A Times article pointing out that Britain has become more racist after Brexit varies little from a Guardian article four years earlier that reports that racism is on the rise in Britain.

That brings us to the most recent version of this article, the Guardian’s “exclusive” Bias in Britain investigation. While it is exciting to see the Guardian give a significant platform to an important topic, the actual investigation does little to differentiate itself from previous coverage there is much to criticize in both the methodology of the study and the litany of articles that emerged from its “revelation” of evidence of everyday racial bias in Britain.

First of all, in its explanation section, “what is unconscious bias” and “why is the Guardian reporting on it?” the newspaper points out that 90-95% of people are susceptible to “unconscious roots of prejudice” and that although biases are often unconscious, they should not absolve people of discriminatory behaviour. However, this repeats findings from the 2014 report, which measured racial prejudice in the context of major events, such as 9/11, the war in Iraq, and the financial crisis—and barely adds anything new.

While this might not appear particularly grievous, we are living at a time when the rightwing—some of which is made up of hardline white supremacists—are exploiting sloppy reporting on racial identity politics to push hateful political agendas.

For one, it is easy to point out the survey methodology—which questions both white and minority populations on items like whether or not they have been overlooked for a job application or promotion in the past five years—is inherently flawed. While the 43 percent of minority respondents that responded yes (compared to 18 percent of white respondents) fit the Guardian’s narrative of racial bias, it fails to acknowledge that there are record numbers of people of all races working without guaranteed hours or employment rights. Any rightwing observer could easily make the accusation that minority groups play the “race card” for situations that are impacting white Britons as well.

Another article on flatter bias tested whether a fictions room-seeker named Muhammed got less responses from potential landlords than an otherwise identical room-seeker named David—a social experiment that one would expect to see on YouTube, rather than as a Guardian investigation. While the results once again fit the Guardian’s narrative (Muhammed received 546 negative responses, as opposed to David’s 449), there is little substantiating evidence to determine for certain if Muhammed was denied because of his name.

Another issue is the comment pieces that accompany the investigation. While mainstream media has recently shown an interest in examining institutionalized racism and discrimination of minorities across professions, one side effect of this is the advent of the descriptive comment piece, detailing racist incidents with little context or concrete evidence. While many of these are valid examples of racial bias, the lack of determining evidence that makes these narratives about race—as opposed to misfortune—again leaves them susceptible to be picked apart by the right wing, or worse yet, cast aside as victims of “racial bias fatigue.”

It would be more beneficial to frame these issues of racial bias through an explanation of the psychology behind prejudice and discrimination. One way to do this would be through comparing the findings to a study such as Princeton University researcher Dr. Susan Fiske’s analysis of discriminatory behavior, which used neuroimaging to test how different subjects responded to images of people in different social, cultural and religious groups.

The study found that people tend to rate groups along two primary dimensions: one, whether they are friendly, trustworthy or sincere and the second, on whether or not they are skillful and capable—thus leading to one of the four above emotions. While homeless people, drug addicts and visibly poor people were rated low for both friendliness and competence (prompting disgust), elderly and disabled people were rated high on warmth, but low on competence, inspiring pity and exclusion. Those perceived to be wealthy scored low on warmth, but high on competence, prompting envy, and in cases, affiliation.

Unsurprisingly, the study found that prejudiced feelings of pity, envy, disgust and pride exist across cultures, and is not so much an issue of racism as it is discrimination across the board.

In a world with rising ethno-nationalism and income inequality, our media has an enormous responsibility as the guardian of our public discourse. It is important that respected media institutions like the Guardian carefully examine controversial topics, like racial bias, and consider their coverage in light of the current social and political climate. While asking people if they have ever been treated like shop-lifters due to their race, or denied entrance to a bar or club for “no good reason,” the media also needs to place this conversation of the fact that thousands of Britons of all races are sleeping in the streets at night, and do not have enough money to survive.