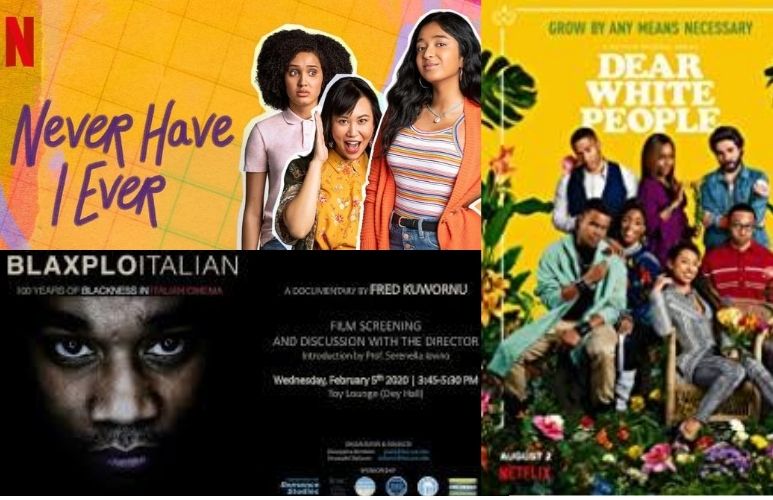 Creating Media Outside of the White Gaze

Does representation matter if some stereotypes are broken more than others?

It did not take long for Mindy Kaling’s Never Have I Ever to become a lockdown sensation. For one, it was a light and fluffy comedy that dropped in the midst of a global pandemic, causing it to quickly rise to the esteemed place of one of the most “bingeworthy” shows on Netflix.

More importantly, it starred South Asian actress Maitreyi Ramakrishnan as the lead character, prompting many to herald the show as a model for what diverse, and representative mainstream television could look like in the future.

But is this diversity really all that it is cracked up to be? Many critics from South Asia and the diaspora pointed out that the show portrays a white-washed version of an Indian immigrant family in the United States—and continues to push problematic stereotypes of race, class, caste, and gender dynamics within that community.

“If I watched this show three years before, I would have hated it,” says Srikrupa Raghunathan, an Indian filmmaker, pointing out that. While she found it “bang-on” in terms of representation of the Brahmin (upper-caste) diaspora, for an Indian audience it is no different than many of the problematic Bollywood films that push a wealthy, Hindu-Brahmin version of Indian society that is far from representative.

These are exactly the kinds of stereotypes, and narrow representations that Raghunathan fights against in her work as a filmmaker.

“The show hits all the emotional identification that a white audience needs to be entertained,” she continues, pointing towards the larger issue of the show being made with a White audience in mind, despite its diverse cast.

“Two minorities who are often stereotyped as intellectual overachievers – a Brahmin and a Jewish person – are competing with each other for first place in class,” she continues, pointing out that the show did little to break stereotypes on this front.

It points to a larger, systemic problem that extends beyond the debate over Never Have I Ever, and into other shows that have been celebrated for telling stories of people of colour, but through the white gaze. For Rachael Moore, one of the co-founders of Brussels-based collective Rainbow Nation that uplifts stories of Black and Brown LGBTQI people, even a show like Dear White People is created with the white gaze in mind.

“The protagonist is a light-skinned Black person with green eyes,” she says, pointing out that the show revolves around a mixed-race character who fits into white beauty standards, making her “relatable.”

“These are very much things white people can look at and see themselves in,” she continues.

It fits into a common trope where Black culture is appropriated, but not appreciated—a common theme that many cultures have experienced, as they are represented in Western media.

“While Blackness is feared and reviled through colourism, Black culture is paradoxically desired, valued and continues to be appropriated,” explains Dr. Deborah Gabriel, the founder of Black British Academics, and author of several books, including the upcoming Critical Media Education for Social Justice.

For her, the way Black culture is appropriated in television shows lines up with bell hooks’s argument that Black culture is commodified as a means to preserve White supremacy, thus marketing these shows to mass, white audiences.

Do wealthy, “white-aspiring” television shows have a legitimate place on our screens at all? Chantelle Lavel, a London-based television researcher and documentary filmmaker argues that they do, although it should not be the only kinds of shows starring people of colour.

“Being black in a white man’s world will always come with some form of struggle and oppression, no matter how wealthy you are or how well you can assimilate and appeal to the white middle class,” she says, adding that while a valid narrative, it should not be the dominant narrative as “it is not a true reflection of life for most Black people and PoC in the West.”

“Shows do need to generate money,” she continues. “Intersecting issues shouldn’t have to be an obstacle to this.”

Unfortunately, it is something that stands in the way of many filmmakers of colour. Raghunathan experienced it herself when, as a student filmmaker in the UK, she produced a film titled We Are an Untold Story, a documentary exploring how undocumented women have to pay for essential pregnancy care from Britain’s National Health System (NHS)—a service, that is supposed to be free for all.

However, when she screened the film she received criticism from some audience members for “failing to maintain emotional identification with the audience.”

Whether you call it “relatability” or the “white gaze,” it is something that even Oscar-winning filmmakers like Steve McQueen, the director of 12 Years a Slave, and Barry Jenkins, the director of Moonlight, felt that they needed to compromise over in order to be successful. In many cases, it is framed as bringing diversity to “untapped audiences”—but does it have to be the case?

“It’s about setting milestones. If you think about Black Panther, it has shown that you can have a Black director and Black cast, and still produce a blockbuster,” argues Angelo Boccato, a UK-based Afro-Italian journalist who has written for MDI, Columbia Journalism Review, The Independent and others.

“Blaxpoitalian, a recent documentary by Fred Kudjo Kuwornu, shows that during the last 100 years of Italian cinema, Black actors were limited to fringe stereotypes,” he continues, elaborating on the difference that a diverse production team can make in representation.

For Boccato, US series like NBC’s iconic Fresh Prince of Bel Air, are important if not the only representations for Black people in countries with little recognition of racial minorities in the media, like Italy.

Still, diversity in front of the camera is merely the first step in an uphill struggle to address systemic racism at every level of the industry. One example of this is award-winning Black British writer and actress Michaela Coel walking away from a $1 million Netflix deal for her latest show I May Destroy You, “after the streamer refused to allow her to retain any percentage of the show’s copyright.”

Most Black filmmakers, however, do not have the choice. As a Black woman filmmaker herself, Lavel emphasises just how difficult it is for people like her in the industry.

“If you are new and Black and female, you have to work twice as hard. And, even then, workplace bullying and exclusion hinder professional development,” she shares.

“Freelancing is another obstacle, because if you don’t fit in with your teams no one will recommend you. And, then, you can be out of work and out of a career. It’s an incredibly precarious industry to work in as a person of colour with bills and rent to pay.”

In her recent piece for MDI, Hannah Ajala writes emphatically that “it is time for Black journalists to talk about payment.” This rallying call is relevant across all media sectors—and applies not just to Black filmmakers, but to anyone that is passionate about seeing more diversity and representation on their screens. Without fairly compensating creators of colour, and opening our minds to stories that are outside of the traditional “white gaze,” we will never, truly break the stereotypes holding us back.