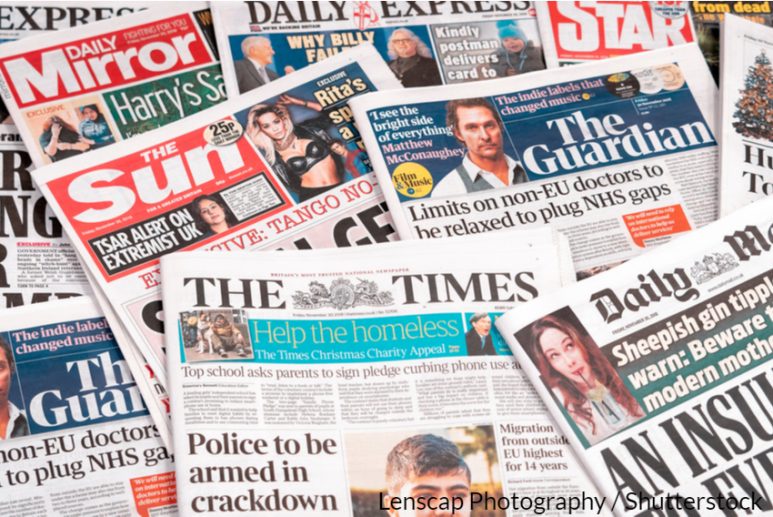 Diversity news leads in 2022, but newsrooms are in deficit

In the coming months – whether it’s through coverage of sport, the pandemic, migration, policing or community relations – journalists may have numerous opportunities to focus on the strengths of diversity, but given increasing polarisation in politics and public life this will be an enormous challenge.

Diversity will be on the news agenda more than ever in 2022, but how media will cover the story remains an open question.

In the coming months – whether it’s through coverage of sport, the pandemic, migration, policing or community relations – journalists may have numerous opportunities to focus on the strengths of diversity, but given increasing polarisation in politics and public life this will be an enormous challenge. 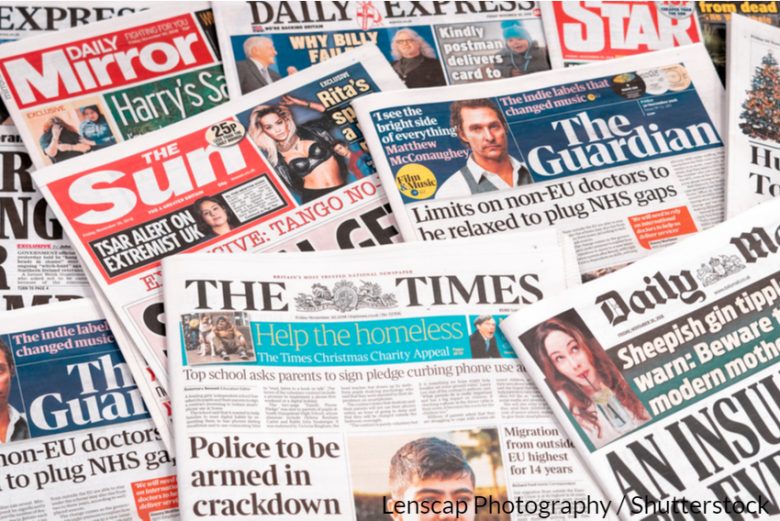 A hint of the problem is revealed in media coverage of the acquittal on January 5th of four protesters who helped topple the statue of 18th century slave trader Edward Colston in Bristol.

The four admitted they were part of a crowd during a Black Lives Matter protest last June who pulled down the statue and dumped it in Bristol harbour, but the jury found them not guilty of causing criminal damage.

At the time of the incident the Prime Minister Boris Johnson, called it a “criminal act” but the action triggered a national debate over statues and memorials that fail to reflect the multi-cultural nature of contemporary Britain.

Although the jury’s verdict suggests a nuanced change in public understanding of what prosecutors claimed was vandalism of public property some tabloid newspapers and senior Conservatives were furious at the outcome. They criticised the verdict as setting up a “vandal’s charter.”

The government’s leading lawyer, the attorney general Suella Braverman, threatened to refer the case to the court of appeal even though the acquittals cannot be overturned.

The remarks of the cleared protesters after their victory were derided as “woke platitudes” by the Daily Mail. Other papers referred to the four as “vandals” and “woke statue-topplers” even though legal experts say the Colston verdict follows similar cases where juries have found environmental and anti-war campaigners were justified in damaging property to prevent greater crimes.

But we can expect more of this “culture war” narrative around diversity issues from media in 2022, particularly in the wake of the Black Lives Matter movement, which became a global phenomenon as tens of millions around the world joined protests over the killing of George Floyd by an American police officer in May 2020.

Journalists need to be on their guard. Some are cheerleaders for prejudice, but others whose horizons extend beyond newsroom bias and who value their professionalism will understand that racism as a weapon of prejudice and discrimination against minorities is not historically static and, as British academic Alistair Bonnett has pointed out, not something that is uniquely western, European and white.

The continuing plight of Uyghur population and other mostly-Muslim ethnic groups suffering discrimination in the north-western region of Xinjiang in China or the targeting of black African migrants in the Arab world, for example, are evidence that racism is an enduring and shameful problem across the globe that media need to call out wherever it raises its ugly face.

Nor is dismantling obstacles to diversity and equality a particularly local challenge. Half a world away another diversity breakthrough was making headlines on January 7with the news that in Pakistan the top judicial commission has nominated a female judge to the Supreme Court for the first time in the country’s history.

The move to pave the way for Justice Ayesha Malik to join the court has been widely praised by lawyers and civil society activists as a defining moment in the struggle for gender equality in Pakistan.

The parliamentary secretary for law and justice, Maleeka Bokhari, called it a “shattering of the glass ceiling”. The decision has not been without opposition, with one group of lawyers threatening to strike if Malik joined the Supreme Court.

Even on the obituary pages, diversity issues are in play. The death of Sidney Poitier, on January 7 provided an opportunity for this distinguished actor to be recognised not just for being the first African American to win an Oscar, but for his role as a standard-bearer for greater racial integration and campaigner for black rights.

One of the most encouraging developments in the world of sports reporting is the sight of players “taking the knee” before kick-off in major football matches to show solidarity with the fight against racism in sport.

And it is sport that may provide a feast of diversity stories at the end of 2022 when the World Cup is held in Qatar, a small but super-rich country that regards homosexuality as a sin, has a male guardianship system that denies women the right to make key decisions about their lives, and whose exploitation of migrant workers has sparked international outrage.

Qatar has been forced to bring in reforms to protect its migrant workforce of about 2 million people — an estimated 95 percent of the country’s total working population. According to The Guardian more than 6,500 workers from south Asian countries have died in Qatar since it won the right to host the World Cup in 2010.

Despite the legal ban on homosexuality, Qatar says “everyone is welcome” and people from the LGBTQ communities will be allowed to go to Qatar where rainbow flags can be displayed at the stadiums in solidarity with the gay community.

All of these stories in 2022 will put professionalism in journalism to the test, but a question remains over whether news media are fit for purpose to meet the challenge of reporting diversity.

Although the number of working journalists in Britain has increased over the last three years to nearly 100,000, the UK’s Office of National Statistics Labour Force Survey, the proportion of non-white journalists remains below the national average. Around eight per cent of journalists are non-white compared with 12 per cent of the national workforce.

This raises a major question for news media on whether their content accurately reflects the life of their community. Media might benefit from periodic internal audits to monitor their performance, checking, for example, the range of news sources and topics as well as people featured in published images and film.

But this lack of diversity inside newsrooms requires journalists to take extra care in their portrayal of minorities and vulnerable groups. There’s even more reason to check our biases and assumptions, to provide context and to reach out to marginalized communities.

Aidan White is Founder and President of the Ethical Journalism Network