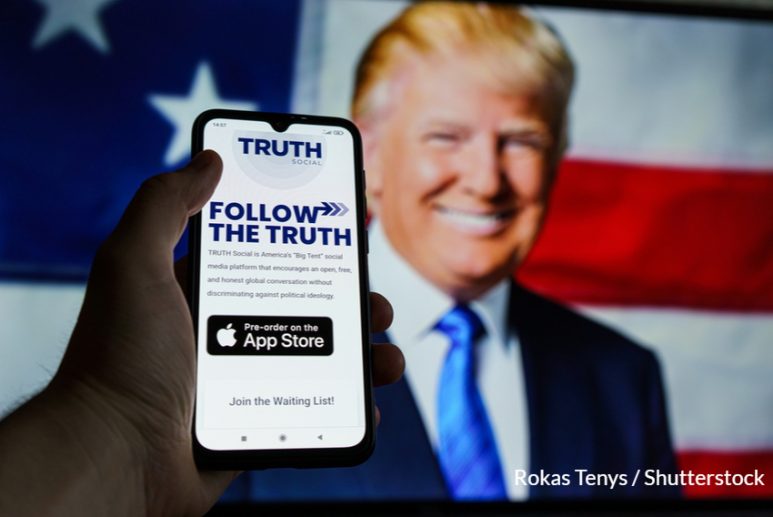 With Trump back online on social media, that can spell danger for people of color everywhere.

Former American President Donald Trump is back at it again on social media, and this time, he is back in a “big” way and on his terms. Trump now has his own social media platform. Late last year, Trump’s new social media startup received a significant commitment of $1 billion in the Fall from an unknown “diverse group” of investors. Those funds enabled Trump to launch his Truth Social app, which many people say looks like Twitter.

Last year, Trump’s online presence took a tremendous hit when all mainstream social media platforms blocked him. Twitter banned Trump following the attack on the Capitol on January 6, 2021, claiming Trump broke their code of conduct rules on the glorification of violence. When Truth Social launched in late February, it was one of the App Store’s most downloaded apps. It was so in demand that people could not download the app, which created a waiting list for potential newer users. This problem forced developers to work for several weeks to work out the bugs in the app. 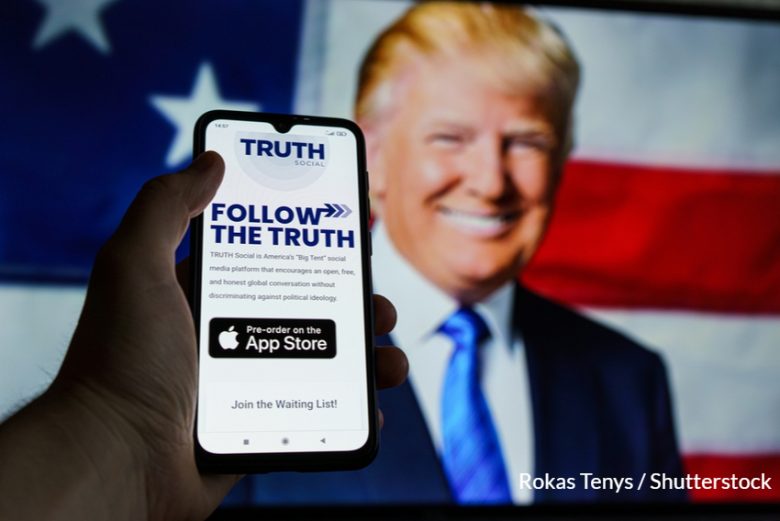 Truth Social claims to use a “Big Tent” approach that developers say will inspire an open, accessible, and honest global discussion without discriminating against political ideology. In late April, Trump finally posted his first message on Truth Social, albeit a brief one only stating, “I’m Back!” #COVFEFE” with a picture of himself on his phone standing outside his Florida Mar-a-Lago resort. Trump says his new app will “stand up to the tyranny of Big Tech.”

So, what is the big deal with Truth Social’s “Big Tent” concept? People can sign up to join conversations by posting a Truth, and they can Re-Truth. It works very similarly to tweets and retweets. People can post pictures, news stories, and videos. Like other platforms, you can create a profile, avatar, and background. The Truth Feed also shows the user all the latest posts from people, organizations, and news outlets that interest them. The platform also allows users to conduct searches and set up notifications.

Truth Social at one time ranked #2 in Social Networking in the Apple App Store, but now it’s at #12. The ratings are in and in the Apple App store; Social Truth has a 4.2 rating out of 5, with more than 57,000 people voting. Here are a few comments from the reviewers.

“Users flooding to the truth”

“There are no cons where freedom, community, and unity are the goal. Overall, this is the best social media app I have ever used.”

This same user claims they received a 2-day suspension 2-weeks into their activity after speaking their truth. They went on to say, “Truth Social is a place for newly awakening only…who only have the depth of speaking about Gas Prices and political unfairness.”

So, is there any space for diversity on Truth Social? Additionally, what impact could Truth Social have potentially on online diversity?

Media Diversity Institute spoke with Mr. Brian Aiken. He is the CEO of Somerset Street Productions, LLC in the United States, and a former American television news journalist of 30 years. He shared his thoughts on Trump’s new social media platform.

“Yes, I would say Truth Social will have a negative impact on online diversity. For Trump, the whole mission for him is to win the presidency. Many of his speeches won the favor of many right-wing individuals. His speeches also stoked those folks’ fears which wasn’t a good thing. Eventually, Trump’s actions and speeches led to the country being more divided than before he came into office. So, now he’s trying to create his own social media platform because some popular platforms have banned him. Trump was a master at communicating with his base using social media. He regularly communicated with them daily, which he missed once he was banned.”

“I believe Trump’s new platform will only be used to continue the same old rhetoric he’s known for with his constituents. It’s extremely disappointing that we can’t go back to the old days when Democrats and Republicans could disagree respectfully. His base will mostly use Trump’s Truth Social further to push Trump’s and his followers’ agenda, thus creating a great divide. I think we’re a better country than that!”

Billionaire Elon Musk is also talking about Truth Social. Musk, who recently put his Twitter deal on hold, sent out several tweets stating Truth Social was “beating Twitter & TikTok on the Apple Store” Musk says the app’s popularity results from Twitter’s rules on speech. Some believe Twitter may reinstate Trump, but he says he would stay on Truth Social instead.

“Truth Social claims to be all about “following the truth.” “That doesn’t seem honest at all to me. What I see is now diversity once again will be under attack. It will be tough for the online diversity community to finance and create a brand-new social media app that can challenge the popularity of Truth Social. Once again, diverse groups will not have a voice to address the claims on Truth Social.” Brian says, “this is problematic!” Aiken tells Media Diversity Institute.

With Trump back online on social media, that can spell danger for people of color everywhere.