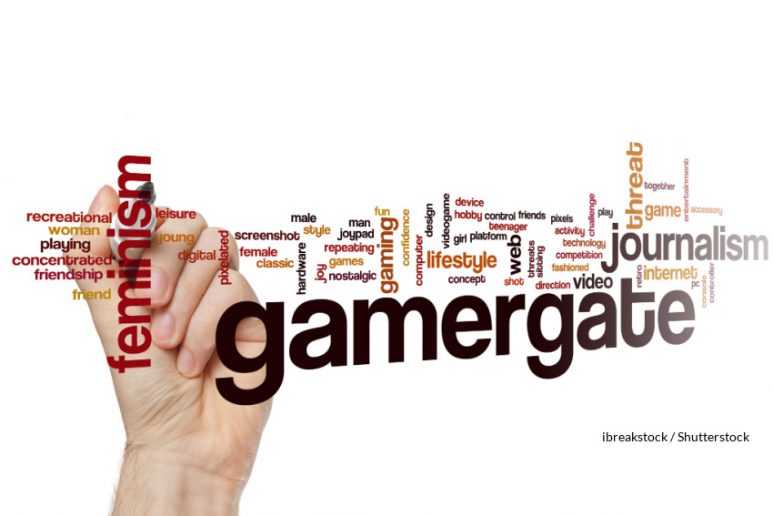 Understanding how a phenomenon like Gamergate transpired starts by realizing some of the inherent inequities in video game culture and working toward dismantling them to usher in a better future for players and developers alike.

The push for safer online spaces in video games has long sought protections against violent language and verbal abuse some feel has never gone away since the advent of “Gamergate” in 2014. Back then, thousands of virulent and disaffected online users took to social media and message boards to defend the “gamer” identity from feminist and progressive influences they felt sullied video game culture. What spawned was a hate-fueled campaign that targeted dozens of prominent women and game developers, as well as several journalists, and pulled back the curtain on the looming reality of video game trends stoked by conspiracy theories, alt-right ideology, and perceived slights that undermined outright misogynist and racist views.

The movement, while lacking any clear goals, objectives, or leaders, managed to garner the support of some 10,000 online users across Twitter, Reddit, and 4chan. These spaces were hotbeds for trolls who actively maintained harassment targeting women, gamers and developers of color, and journalists who covered the onslaught. The toxic technoculture of Gamergate was the product of years of fringe groups operating in various capacities online who kept tabs on when female characters appeared in games or when characters of color stopped occupying the background and became fully formed protagonists. 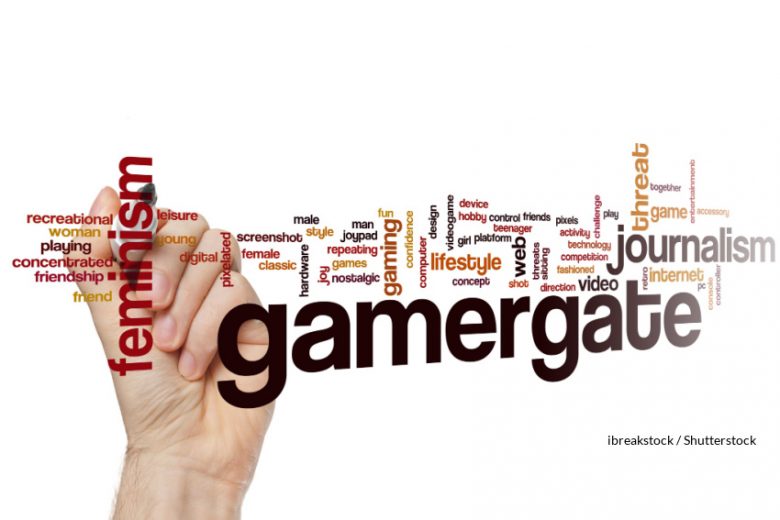 As the popularity of video games grew and its reach expand, so too did the conversations on who was being represented and how often. The digital landscape once reserved for a particular community was slowly opening its doors to include space for underrepresented groups and with that came vehement opposition to any form of inclusion.

While a large subset of Gamergate has effectively been whittled out of gaming culture since 2014, its vestiges have managed to transform and adapt in ways that still appeal to dissatisfied gamers exhausted by “woke culture” and “political correctness.” The overtly sexist and racist language and heavy-handed delivery of the past has been substituted with supposedly academic discourse to justify still bigoted views and toxic ideologies. Content creation has allowed for the formation of communities to openly dissect “flaws” in video game narratives in an effort to undermine inclusive initiatives and convince online users that they remain some of the many ills of progressivism in gaming.

r/KotakuInAction is one of those growing spaces in the fringes most known for disguising misogynist and racist rhetoric as legitimate conversation on ethical standards in video game journalism and digital media. The subreddit, started back in 2014, now boasts over 130,000 members, with scores posting links to articles, reviews, and YouTube clips highlighting their disdain for anything remotely inclusive or progressive in nature. One such post asked members to explore what “forced diversity” looked like, and the responses highlight the bad faith arguments consistently peddled out of that space and the racism and misogyny that breeds within it.

Video game fringe groups continue to impact the experience for women and gamers of various orientations and ethnicities who engage with the medium even with contingency plans in place to combat online toxicity. In 2021, market researcher Reach3 Insights collaborated with Lenovo to conduct a study that assessed how companies help create more inclusive spaces for women gamers. Their survey revealed that 59% of women used non-gendered identities when playing online to avoid harassment–evidence that online trolling continues to permeate various communities. Their survey also helped dispel myths about the games women play: 88% of those surveyed said they play competitive games, while 75% said they play action/survival games, and 66% play various shooters.

For those who participated in the survey, representation played a significant role in the formation of positive video game views. Seventy one percent of participants said that companies can help build on a positive culture by having diverse groups presented in ads. This kind of visibility can help dismantle stereotypes that hurt marginalized community members otherwise engaging with video games at a rate commensurate with overrepresented groups. It could also provide substantial footing for independent video game developers and artists to see that they have a place in its workforce as well.

Dani Lalonders, Lead Producer of ValiDate: Struggling Singles in Your Area, reflected on the spectrum of encounters she’s had as an indie developer of color. In speaking about her experiences in game development, she revealed the challenges that cropped up early on.

“At first it was hell,” Dani shared over a Discord call. “When we were starting our Kickstarter, it was terrible, it was absolute madness.” She explained that she and her team were hounded by racist gamers online as they tried crowdfunding to get their game off the ground. While Dani came into game development well after the dawn of Gamergate, she says its presence is still felt. “The whole issue with Gamergate is that gamers were getting called out for their behavior and they didn’t like it. The lack of [discussion] about what’s happening in the industry is the reason we still have so many issues.”

Dani expressed her concern that we aren’t having enough conversations about issues, like racism and transphobia, that continue to grow and remain unchecked in the industry and culture at large.

“When I first started, I started making games because I wanted to see more Black women in games,” Dani tells Media Diversity Institute.

Representation was a major influence in her early pursuits in video game development and they remain a driving force in her work today.

“I want gamers to be able to play games with people who look like them. That’s been my whole thing with ValiDate—I want people to see this game and see how well it does and feel that they can make a game as well. I want to be able to inspire the entire industry,” she tells Media Diversity Institute.

Dani’s hopes are shared amongst independent developers and artists vying for space and representation where they feel it matters most. AK Liensenfeld, Community Manager and Concept Artist for Rhythm of the Universe: Ionia, didn’t consider herself a gamer at all until she put on her first VR (or Virtual Reality) headset in 2016. After coming to the US from Germany, Liensenfield says she was exposed to different ways of looking at gendered roles that traditionally situated women further away from things like video games or digital arts.

“I had the chance to see more of a spectrum and branch out of what I think I fit into. I never really played games before because I thought that was something for boys but then I was introduced to VR through a friend,” Liensenfield explained over Discord.

The VR community exists within the video game space with its own ecosystem and cultural trends that Liesenfeld believes should be treated as more than monolithic.

“I consider myself more of a creator than a gamer at this point—I paint in VR and Open Brush, as well as Gravity Sketch and all the other VR creation tools to create concept art or full game art,” Liesenfeld tells Media Diversity Institute.

VR helped Liesenfeld explore the nuances of video game development in ways that broke away from the norms and standards she came into the industry with.

“Looking at the online side of things—I think I only started using [social media] in 2015 for the first time and didn’t go on Twitter until later. I hadn’t heard of Gamergate before but definitely saw stories of women who were very frustrated with the industry,” Liesenfeld continues.

Those frustrations manifested in the VR industry with women entering the field but leaving quickly due to a growing hyper competitive landscape and lack of viable resources. “If you want to compete, you have to be able to raise money and do all those things to compete, and so I understand their frustrations,” Liesenfeld explained.

The VR and AR (Augmented Reality) markets are expected to grow substantially over the next several years. Zippia reported in April that the global VR market is expected to reach nearly $27 billion by 2027, but the lack of support for women developers in VR/AR still needs attention. Liesenfeld shared that many of the difficulties come from being able to diversify the core development team of a studio often occupied by industry veterans.

“People who have been in the gaming industry for a long time and have a general idea of what games should be—it’s more interesting to bring on new people who come and finetune how we want games to play in the future rather than going with what has [always] been established,” Liesenfeld said.

The reshaping of standards and norms in the video game industry to fit its growing and diverse audience can pay dividends for developers and studios aiming to include a larger player base. Understanding how a phenomenon like Gamergate transpired starts by realizing some of the inherent inequities in video game culture and working toward dismantling them to usher in a better future for players and developers alike.