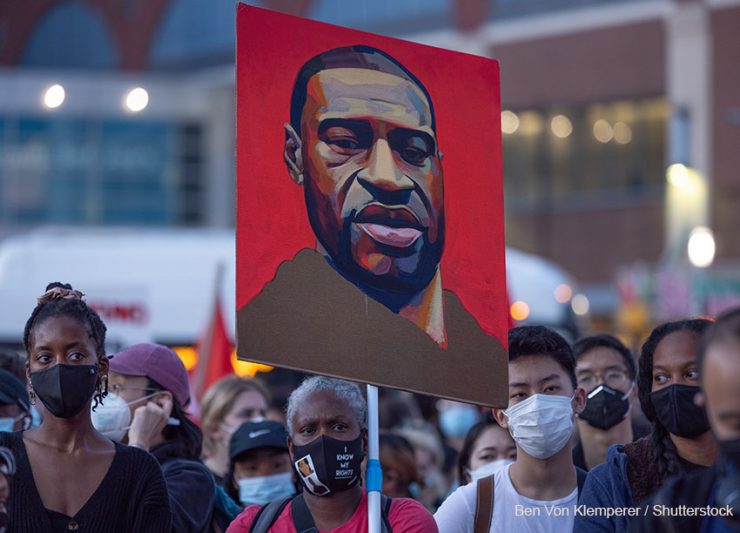 George Floyd and the Change in Media Conversations about Race

Lack of diversity is felt in the overall quality and emphasis of news coverage. It shapes the language and the narrative portrayed by the media and therefore has the power to shape people’s understandings of events around them.

It was hard to avoid the viral clip being shared of American rapper and father, George Floyd, being racially profiled – and then slowly dying under the knee of a Minneapolis police officer. The embarrassing murders of Black innocent men simply doing nothing at the time of being approached by police – is an occurrence we all became used to. However, one thing felt different this time after George Floyd; it was not just us – Black people – who expressed outrage at these countless and senseless murders. I saw more non-Black people share their rage and anger about racism than I had ever seen in my lifetime. Racism was a subject that almost became completely unavoidable.

George Floyd is not the first Black man to be killed at the hands of police brutality. Before him, there were many black people lost and civil rights activists had been calling for change well before this moment. However, what made it different, was the large size of the response. I have been learning of and reporting on police brutality since the earliest case I vividly remember researching – a 17-year-old Trayvon Martin who was killed in 2012 by a George Zimmerman  who was the neighbourhood watch coordinator of his area. 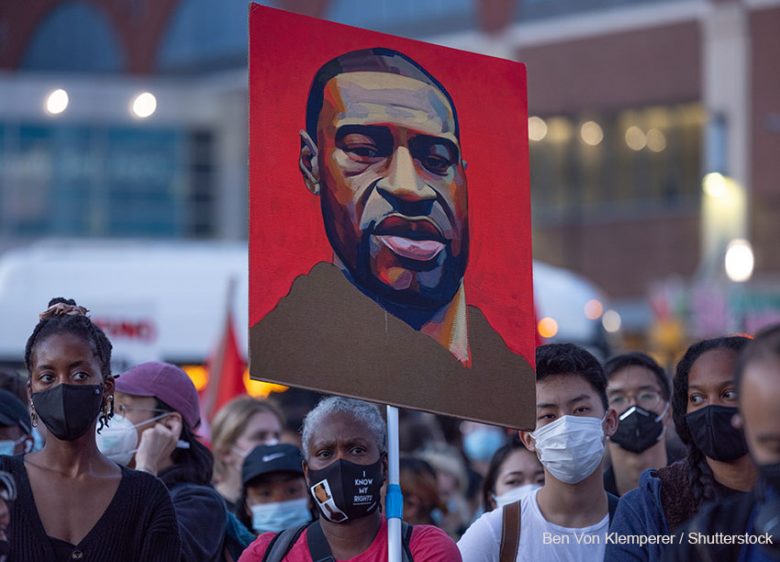 My usual social media intake of trending stories tends to deepen the more invested I become, or feel a close connection to. No matter how often these terrible atrocities continue to be a growing issue across the US and the UK, a Black man being killed by a white cop grew to be a traumatic event that too many from the Black community, including Black journalists like myself, sadly had to relive again, and again.

Black Lives Matter became a movement. The powerful term itself – Black Lives Matter – had been shared over 80 million times across social media sites and blogs. With newsreaders, it was not just the case of reading a headline and then moving onto the next story, this was a human story that one needed to educate themselves about, especially seeing as it was not a story or topic of conversation that was going away any time soon. It led more people to understand exactly what injustice looked like.

A month ago, Chris Vanderveen, Director of Reporting of 9News wrote a small thread on Twitter alerting journalists about the way George Floyd’s murder was initially reported by the media which was followed by an investigation on more than 100 similar cases.

We found more than 100 cases… similar to George Floyd’s

Something you can do right away.

Specifically, what the policy is once person is prone and handcuffed

US DOJ has recommended, since 1995, to do this: pic.twitter.com/CVhE8nLg6y

Several news outlets from the UK and US ranging from broadcast to print – came with comparisons on how exactly they would report on racism around the time of George Floyd’s death. As expected, print pieces are where we really saw journalists from all different backgrounds, share stories about racism and injustice, and most probably delve into topics of conversation that they probably have never in their career.

However, that is not to say that all media outlets really ‘got the message’ when it came to understanding that systematic racism – is indeed still very prevalent today.

I run a community called We Are Black Journos – a platform that connects and celebrates Black journalists using virtual events, partnerships, and mentoring. Emotions remain high as we realise it is indeed one year since the death of George Floyd.

Sharon Kimathi, Inclusive Economies Editor, Thomson Reuters Foundation and Lisa Hanley, Host and Creator of ‘The Scrutiny Hour’ Podcast and Freelance Journalist share their thoughts on how conversations about race in the media looked different this time, in comparison to before George Floyd:

“To be honest, nothing has significantly changed for me. Yes, I can commission more stories about marginalised groups and white supremacy, which is great, but journalism as a whole is still a very white bourgeois sector. This is where real change needs to take place. We need more Black editors, sub-editors and editor-in-chief as these are the roles within the institution that have an impact. We should of course still encourage young Black talent to enter the space as reporters and correspondents but for action to take place, it starts from the top and we need more Black faces in these white spaces at the very top of media corporations.” Sharon Kimathi.

“George Floyd’s death made Britain face its racist and colonial past and as a response, newsrooms started actively searching for black stories. The media opened up the dialogue about the black racial experience from a black perspective in a way which has never been done before, whilst openly questioning their own biases. But, the momentum around the elevation of Black voices feels like its sadly reached its peak and with figures supporting the fact that the ethnic minority numbers in the industry haven’t actually changed, I question why our stories have been good enough to commission, but Black reporters are still struggling to land permanent roles?” Lisa Hanley.

In the U.S. there have been rallies all over leading up to George Floyd’s one year anniversary, with Floyd’s family members at the forefront of them. His brother, Terrence who was in one in New York last week said to the public: “If you keep my brother’s name ringing, you’re going to keep everybody else’s name ringing,” Terrence Floyd said. “Breonna Taylor, Sean Bell, Ahmaud Arbery, you could go through the whole list. There’s a lot of them.”

Lack of diversity is felt in the overall quality and emphasis of news coverage. It shapes the language and the narrative portrayed by the media and therefore has the power to shape people’s understandings of events around them. Discrepancies in language are felt unevenly across outlets, and in this way, across political lines. A year after yet another wrongful racially fuelled murder, and the conversations remain. These conversations provide some form of hope, that the senseless murder of George Floyd, and several others, will not be forgotten about in vain, but remembered to work towards an anti-racist world.