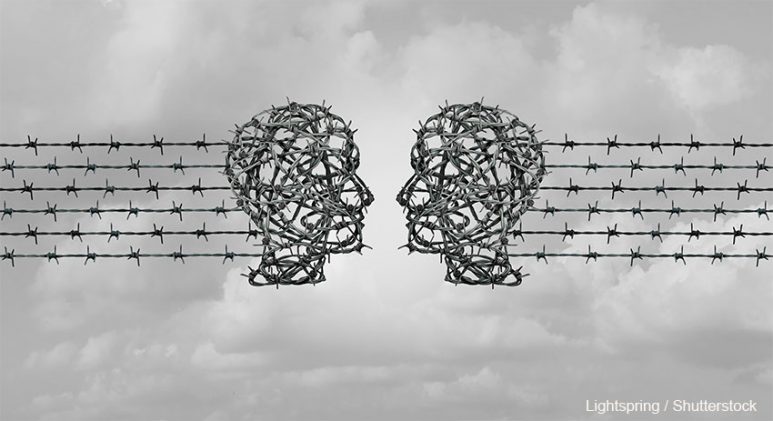 IMeCS aims to ensure that media platforms provide a fair representation of all components of the Lebanese society.

Every month ‘Inclusive Media, Cohesive Society (IMeCS), a two-year project which aims to foster a media sector that contributes to a pluralistic, inclusive and cohesive society in Lebanon, publishes a media monitoring report on the state of hate speech in the country. IMeCS aims to ensure that media platforms provide a fair representation of all components of the Lebanese society; and to equip marginalised groups and hate speech victims with the necessary tools to combat hate speech and empower them to express themselves freely. In this article, which is an excerpt of the three reports, we present an overview of the first three media monitoring reports.

Lebanon is in constant political flux, given the deteriorating (and collapsing) economic situation on one hand, and security-related turmoil on another. The latter encompasses growing intra-elite tensions as a result of the cabinet deadlock and socio-economic crisis. The political and security situation in the country remains turbulent to a large extent, particularly with the cabinet deadlock which is still underway due to fundamental differences around the rules of power-sharing following several failed experiments. This is amplified by the political obfuscation pursued regarding the fate of the Beirut port blast of August 4. Finally, an easing lockdown and slow vaccine rollout have also occupied citizens’ minds as they grow increasingly desperate to exit the health crisis. A revived debate around the fate of women’s rights in the country is occasionally overshadowed by the developments. Despite this, the subject of women’s rights, or the critique of problematic speech directed towards women, gained national attention following a noticeable rise in domestic violence amid the pandemic. Markedly, a campaign on social media was launched this month, under the title “It’s Called a Crime”. The campaign denounces violent crimes in which husbands have murdered their own wives following marital disagreements. This is accompanied by incidents of rape, harassment, and sexist bullying. 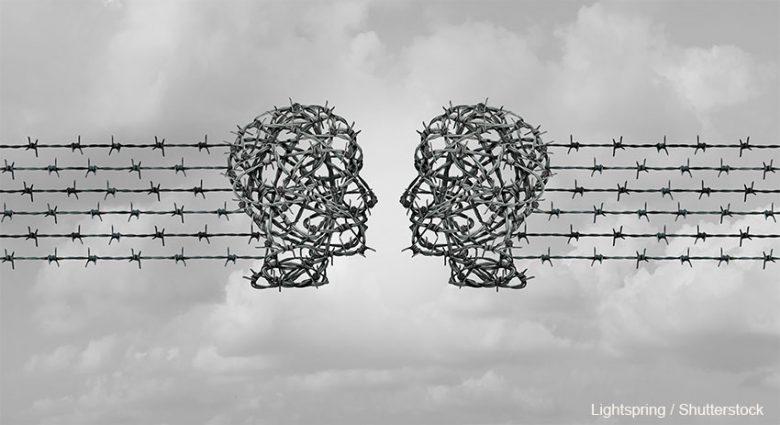 The methods used to locate, collect, and analyse the data pursued in this study, entails a classification based on the three types of platforms examined: Facebook, Twitter, and national television. Moreover, it is crucial to clarify that our study on Facebook specifically monitors problematic speech directed towards one marginalized group. This does not apply to the selection process pursued with Twitter and national television; in both cases, all instances of problematic/hate speech were targeted. Although the manner in which such speech is defined may vary, a flexible umbrella constituting irresponsible reporting, exaggerations, generalizations, incitement, and exclusionary rhetoric is adapted for our purposes.

The anti-refugee sentiment went on a crescendo in previous years as the war raged on in Syria. Though this has seen a slight dip – as will be elaborated upon in due course – with the dying ambers of the war in Syria, the exclusionary rhetoric shows itself to be if not thriving then surviving in the hospitable environment of Facebook pages.

During the monitored period in January 2021, two stories in the prime-time news bulletin tackling Syrian refugees contained hate speech. This content came days after a Syrian refugee camp was set on fire in the Minieh area in north Lebanon, after a dispute between Syrian refugees and their employer (a local family). This incident increased the number of hate speech stories in news bulletins compared to the first week of December 2020. Derogatory speech can lead to aggressive attitude against refugees/displaced people, at a time when hostility is growing towards Syrian refugees in Lebanon.

In the midst of locating the relevant posts and comments, it is increasingly clear that misogynistic speech arises from a variety of factors elaborated below.

1. Political polarization and contestation is expressed by misogynistic and sexist insults directed between men proclaiming ownership over women’s bodies, alongside utilizing these insults to direct slut-shaming comments against the “women of the other side.” In other words, one may suggest that political contestation and argumentation within the country have yet to constitute a feminist culture of protection.

2. Women’s rise in media and politics results in an immediate sexist backlash by male political opponents. This is exemplified via the immense bullying which journalist and commentator Dima Sadek was on the receiving end of, especially for her relatively polarizing views on Hezbollah.

3. Comments addressing causes pertinent to women’s rights – vis-à-vis religious courts and other sensitive matters revolving around personal status laws and domestic violence – were overwhelmingly sympathetic to the autonomy of women, including their custody, divorce, and inheritance rights. However, a marginal reaction consisted of a narrative which suggested that men are losing their “place in society”.

This report exemplifies the methods and means through which problematic and/or hate speech is propagated in the Lebanese sphere of media and political influence. While top-down channels of propagation, such as affluent and relatively powerful national television, are regularly pursued, a bottom-up reaction by average citizens on social media (particularly Facebook and Twitter) is increasingly noticeable.

Most importantly, this incitement manifests materially and socially. A pressing example would be the burning of Syrian refugee camps in Tripoli on the night of December 26. Though this particular incident did not feature significantly in the report, due to its timing which escaped the attention of both traditional media and Facebook sections of this report, it is, nevertheless, emblematic of the incendiary nature of the rhetoric in the build-up to the incident. That rhetoric of this kind should, directly or indirectly, end in literal flames is not altogether unexpected. As this report clearly points out, whilst overt and blatant hate speech is somewhat hard to come by for the moment, the incendiary rhetoric eventually resulted in an act of violence born unequivocally out of the exclusionary and divisive speech evidenced throughout the month, via various means.

This very correlation induces us to reiterate the importance and purpose of this monitoring project, especially when followed by an adequate training program capable of spreading a counter-culture to exclusionary and problematic speech for the vast majority of media outlets and platforms.

The prevalent topics of discussion in January were the health crisis and the political stalemate. The intensity of both crises did not leave enough room for much else in the news in general. However, it is worth noting that once again marginalized groups were not even part of a trending discussion this month. This becomes clearer considering the Facebook section of this report was the only one to pick up on any mention of a marginalized group (significantly problematic rhetoric towards LGBTQ+) primarily because there was a targeted effort on the part of this report to seek it out. The LGBTQ+ community was in no way part of a prevalent discussion. This is not to conclude that minorities or marginalized communities are not facing any threats. As extensively discussed in the previous report, Syrian refugee camps were being burnt to the ground just last month. Hate speech and problematic rhetoric continue to fester, and the flames of another hate-crime are being rekindled.

The earlier report (December) pointed out that there is a continuous shift from traditional media setting trends to social media having a considerable influence over prevalent matters of discussion. Evidently, social media remains more accessible and malleable as seen on Twitter. Trends could be promoted if the necessary effort is put in to bring key conversations to the table. These conversations must be ones that foster acceptance, awareness, and dismantle harmful discourse before the flames of hate speech turn into another raging fire.

In the build up to International Women’s Day (March 8), Lebanon fell short. The murder of Zeina Kanjo by her husband, the online abuse suffered by Dima Sadek and the litany of dismissive and degrading rhetoric directed at women, via social media especially, serve to demonstrate that Lebanese discourse continues to be rife with a dangerous and criminal misogyny. It is a brand of misogyny further propagated by men in positions of power such as Minister of Interior, Mohamed Fehmi, who as recently as November 2020 (prior to the start of this series of reports) made a sexist remark about women’s perceived domestic role. Even the assassination of journalist and intellectual, Lokman Slim, this month, which initially led to a polarized debate on the subject of Hezbollah, eventually resulted in the use of prejudiced, inflammatory and discriminatory language against women.

If there is anything that this as yet budding series of reports has demonstrated thus far, it is that words have consequences; more so, that terrible words have terrible consequences. Whether it is the burning of the Syrian refugee camps in North Lebanon or the murder of a young woman at the hands of her own husband, the path to these tragedies is paved with dehumanizing and inflammatory discourse.

Around the early days of March, the murder of Sarah Everard, in the south of London, by a policeman would spark a worldwide conversation about women’s safety and women’s rights. This report would suggest that a conversation is criminally overdue in Lebanon as well.

The crime perpetrated upon Zeina Kanjo, the abuse hurled at Dima Sadek and other instances of misogyny and problematic rhetoric aimed at Lebanese women, and documented in this report, are a far cry from the images of women marching through downtown Beirut to demand an end to sexual harassment and bullying in December 2019. Overall, the month of February can be characterized as one in which the rights-based discourse of the post-October 17 uprising was repressed in favor of an atmosphere of misogyny and geopolitical and sect-based conflict.

To read the reports in full please visit the links below: