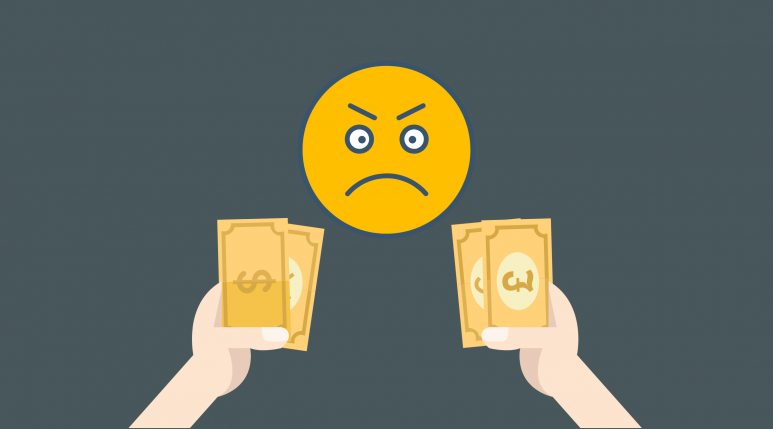 How A Grassroots Campaign Called Upon the World to #StopFundingHate 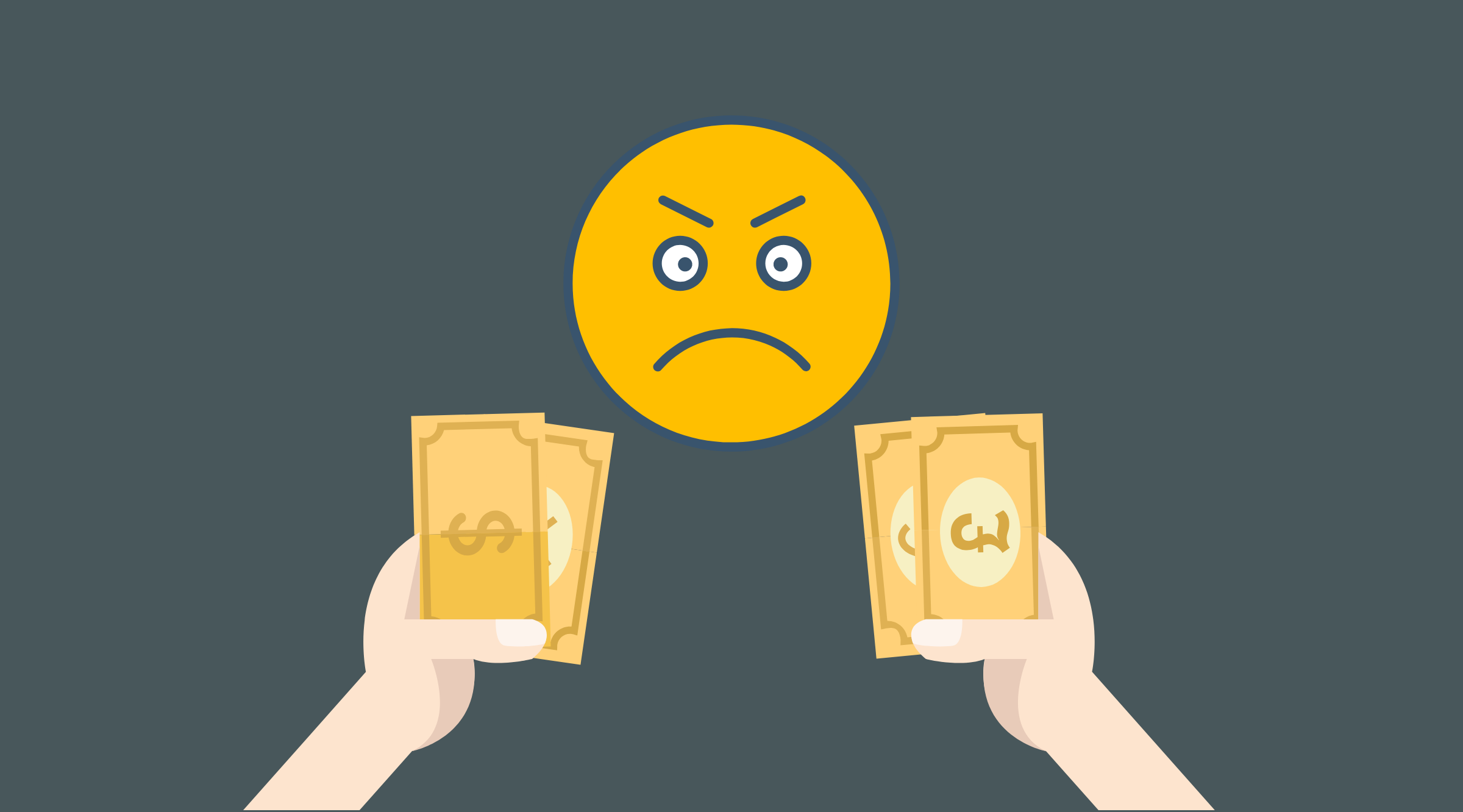 From a small social-media campaign to a co-drafter of a UN agreement, Stop Funding Hate has had a huge impact on media racism since 2016. Their grassroots strategy empowers ordinary consumers worldwide to push brands they love to stop funding problematic media coverage in notorious tabloids such as The Daily Mail and The Sun. We recently spoke to Richard Wilson, the Director and co-founder of Stop Funding Hate, to find out more.

MDI: Could you start by telling our readers why you started Stop Funding Hate back in 2016?

There was a huge surge of anti-migrant stories in the UK press, in particular in The Daily Mail, The Sun and The Daily Express. It was clear that this was creating a very toxic atmosphere that was only getting worse. Still, these newspapers just kept on pushing this really negative narrative.

I was very shocked at the way this was starting to spill into violence on the streets. I was thinking to myself, what would it take to persuade these editors to change the way they frame these issues? I was not thinking that we as a society cannot discuss migration. But, it was about the tone of these discussions. For example, The Daily Express in 2016 had 70 front page stories about migrants. Every single one was negative. That looks like a hate campaign.

I was working at a charity that got the newspapers every day. Looking through these newspapers at lunch, I would often see an advert for my phone company or an advert for a supermarket where I shopped in the same newspapers that were pushing these very negative stories about migrants. It became very clear that these stories were part-funded by the companies I shop with.

This is a thought I have had before, but we just got used to seeing these adverts next to hateful content so we did not see them anymore, did not make the connection anymore. But, one of the reasons newspapers publish these hateful stories is because hate sells. Hate damages people’s lives. Hate creates a toxic atmosphere. But, hate sells papers. If you want to do something about that, you must look at the financial incentives that make hate profitable.

MDI: How does your approach work in practice?

Our bottom line is – make hateful content unprofitable by removing the advertising incentive. We recommend a number of strategies to achieve this on our website.

Social media in particular are an extremely effective tool for putting pressure on companies, especially Twitter. At the moment, Twitter is the space were companies are trying to build their profile. It’s where brands want to be seen. It’s where they want to engage with their customers. If you, as a consumer, jump into this conversation space and say – right, let’s have a chat and I want to chat about your advertising. That’s quite a compelling place to be, because it’s a place where they are trying to be seen in a positive light. So, if they ignore you, everyone else would see. And, this goes against their strategy of building engagement.

This also means that you don’t have to wait for the government to act. You don’t need the UN to act. If you are a customer of a company that advertises in one of these newspapers, you can do something. And many people find this principle really empowering. At a time when many people have started feel hopeless, we realised that by working together, thousands of us can have an impact by using our voices as consumers.

MDI: What was your big breakthrough, the first success story?

LEGO was the first really big win. That happened, actually, because of a guy called Bob Jones. Bob went to the Facebook LEGO page and wrote them a very honest, heartfelt message explaining that he loves LEGO. He plays LEGO with his son. But, he was really concerned that LEGO had this partnership, giving away free toys on the front page of the Mail on Sunday. Clearly, this was quite a big, lucrative deal. He said that this seems to go against the values of your company. That message went viral. We helped to amplify it. Thousands of people shared it. About a week afterwards, LEGO ended their partnership with the Mail.

For us that was the moment when we realised the power of this strategy. You know, it became an international news story! It went around the world!

MDI: Is virality a big part of your approach?

Yes, actually. Although LEGO was our first success, one of the most striking episodes happened last year when more than twelve online advertisers pulled out of The Daily Mail.

The Mail ran a very bitter story, targeting the Olympic swimmer Tom Dailey, who happens to be gay, in reaction to the announcement that he was going to have a baby with his partner. Many people felt that The Mail article was homophobic, triggering a response on social media. We decided to encourage Stop Funding Hate supporters to target the advertisers directly. That’s very powerful because – actually this is a tactic that Sleeping Giants helped to develop – you can take a screenshot of the article with the branding of the company right next to it. This makes it very clear that a brand is aligned with hate. And, brands really don’t want to be associated with discriminatory messages. Why would they want to alienate a big portion of their customers?

After a day or two of us doing this, The Mail decided to sacrifice all advertising revenue on the online opinion section rather than risk more advertisers pulling out of the whole of The Daily Mail. And, the last time I checked, this is still the case. If you go to Kathie Hopkins’s column, there won’t be any adverts!

MDI: In a way, you have created a toolkit that everybody can use?

After our LEGO success, lots of people started doing similar things in their own media. Now, there is this very successful campaign Sleeping Giants who are targeting hateful media in the US.  And, if we get to a point where thousands of people are looking out for bad content and challenge it when they see it, it becomes much more powerful than running campaigns centrally.

Our long-term goal is to make people feel empowered, to give them tools they can use. And, people are already coming back to us with success stories!

MDI: Lastly, could you tell us what was your biggest success so far? Was it the UN collaboration you mentioned?

Yes, actually, we influenced the wording of a global agreement signed last December, called The Global Compact on Migration. The 152 countries that signed it have endorsed our wording that calls for the end of funding going to news outlets that endorse xenophobia.

In around two years, we have gone from being a small campaign on social media to having the UN accept the basic argument we make. Going back to the idea of toolkit that anyone can pick-up and use, now anyone in these 152 countries has something they can use as leverage to encourage the government of that country to think more consciously about where they are advertising. This is helping to create a global norm that all advertisers should follow.