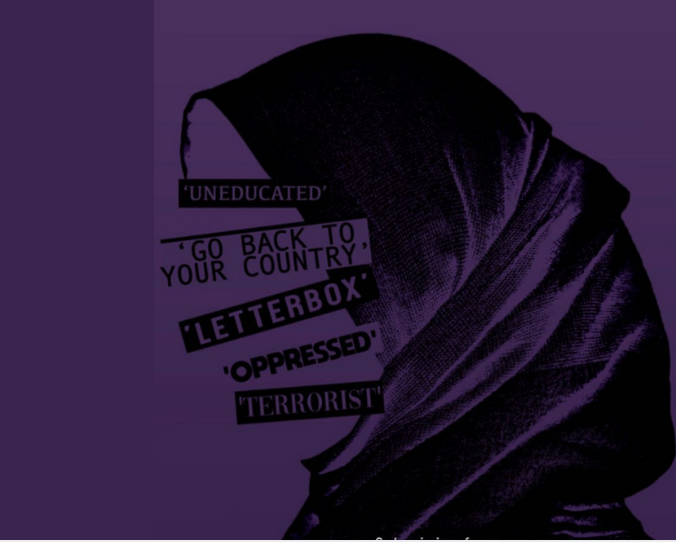 Over the past year, a video went viral of a 15 year old Syrian boy being “waterboarded” by his classmates in Northern England, and a car purposefully crashed into a crowd outside of a mosque in London. Islamophobia is on the rise across the country, with three out of five British Muslims reporting that they have experienced hate crimes.

According to research done by Tell Mama UK, a leading monitoring organization that assists victims of Islamophobia, six out of ten victims who called in hate crimes in the past year have been female and most of the incidents took place offline.

Many blame the media for the rise in Islamophobic instances. It is not surprising when Sunday Times columnist Rod Liddle calls upon Islamists to “blow themselves up in the Muslim-majority borough of Tower Hamlets to little outcry and Boris Johnson compares niqabi women to “letterboxes” in the pages of The Daily Telegraph.

But what can be done? Earlier this month, Tell Mama UK released their most recent report, “Building a Pattern of Community Resilience Against Hate: What Worked?” examining and analyzing hate crimes in the aftermath of terrorist attacks to strategize effective methods for countering Islamophobia both on and offline.

“We talk about facts a lot, but facts never work,” said journalist Sunny Hundal, addressing the audience. As many known Islamophobes use “free speech” as a means to justify their Islamophobia, one of the best ways to combat Islamophobic narratives is by fighting speech with speech.

“People don’t remember statistics,” Hundal continued. “You have to respond with positive stories, stories are what people remember. This is how you counter hate.”

Local newspapers in both Bristol and Bradford have recently run examples of what positive stories about the Muslim community looks like. While Hundal warns that these stories can fall into the trap of highlighting particularly good acts, which is then heralded as an “exceptional” individual—as opposed to simply an ordinary community—he says that much in the same way that narratives win political campaigns, narratives can also change perceptions more than hard facts.

Another way to counter hate speech is by holding the Independent Press Standards Organization (IPSO) accountable by complaining about Islamophobic media coverage in the British press. However, their guidelines currently only cover complainants from impacted individuals, as opposed to groups, which makes it difficult to file complaints related to a community.

However, articles and IPSO complaints are not the only way to stand up to hate speech in the media. Richard Wilson presented about “Stop Funding Hate,” a campaign that calls on companies not to place advertisements in the pages of notoriously racist publications such as The Sun, The Daily Mail, and The Daily Express. He frames it as an ethical issue, arguing that if these companies channel advertising money into publications with poor track records for accountability, it is quite literally funding hate speech.

Still, there are many burning questions. How can we hold technology companies—particularly Twitter, which has been a platform for hate speech and Facebook, which has aided and abetted fake news and misinformation—accountable? What is the best way to enter the delicate debate surrounding the fine line between free speech and justifying hate speech. And when, oh when, will publications like The Sunday Times and The Daily Telegraph stop giving free platforms to hate mongers like Rod Liddle and Boris Johnson?