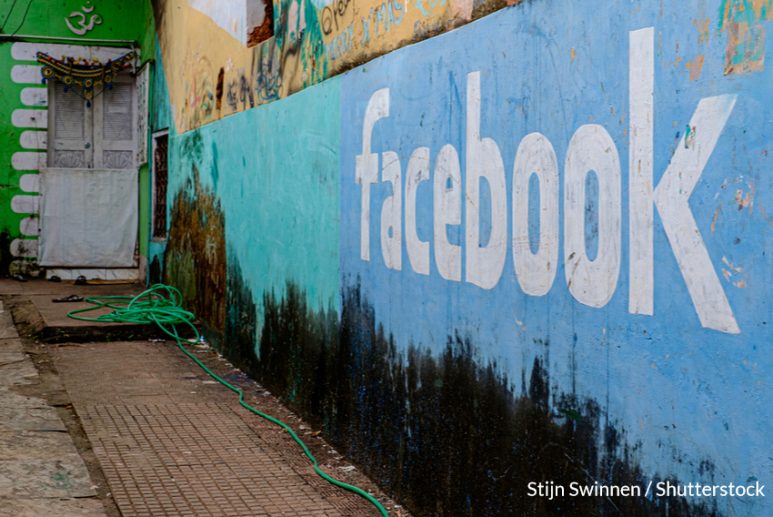 The solution to the problems Facebook and other tech giants face in India and elsewhere does not lie in increasing censorship that may undermine digital freedom. Rather it requires more open, more accessible, and more equitable digital space in a rules-based broader environment where tech giants are regulated following universally agreed upon human rights values, norms, and laws.

Recently, a former employee of Facebook-turned whistle-blower made a damning revelation that the tech giant promotes misinformation, hate speech and incitement of violence in India for its financial gains. It is alleged that Facebook is practising unregulated use of algorithms and turning a blind eye to the spread of conspiracy theories, rumours and inflammatory content, stoking violence against religious minority groups in India, including Muslims. There are also allegations against the tech giant that it is selective in enforcing its policies on hate speech and it leverages hardliner religious groups. This allegation of misuse of the platform in India, the world’s biggest democracy and the largest growth market of the company with 320 million users, put the company in a hot seat. The abuse of Facebook platform is not confined to India only. It is also used against religious minorities in other South Asian countries such as Pakistan, Bangladesh and elsewhere in the world. It was alleged that the platform was used for fomenting the storming and riots in the U.S. capitol by Trump supporters on January 6, 2021. In 2018, it was sued for data privacy violations in the US prior to 2016 presidential elections in the Facebook-Cambridge Analytica scandal. US regulators forced it to pay $5 billion for data breach of millions of users who were micro-targeted for influencing election outcomes. Facebook is not alone in its alleged complicity in fanning hate speech and violence, breaching data privacy, and undermining the rule of law. Software developed by other tech giants are also used in many countries for conducting unauthorized surveillance against journalists, political opponents, human rights activists, civil society actors and in some cases, for conducting mass surveillance.

Facebook denies its alleged ‘intentional’ negligence in India and cites taking steps to invest significantly in technology to flag and remove contents that promote hate speech. The tech giant recently changed its name to ‘Meta’ apparently and partly as a damage control mechanism. Global digital revolution has connected the world and opened new opportunities for individuals and groups to an unprecedented level in human history. It has also opened the pandora’s box. It is important to note that tech giants do not operate in isolation from global and local contexts, and they have little control over unresolved identity questions of countries surrounding religion, ethnicity, language, and others. One thing is evident: existing global and national institutions were made to provide frameworks for operating in a pre-digital age, and as such are failing to provide legislative and judicial protection of citizens’ rights and concerns in digital sphere. As a result, we see the rising abuse of digital platforms for hate speech, incitement of violence, data breach, unauthorised surveillance, and mass surveillance. All these remind us of a dystopian future predicted by George Orwell’s fiction Nineteen Eighty-Four: “Big Brother is watching you.” 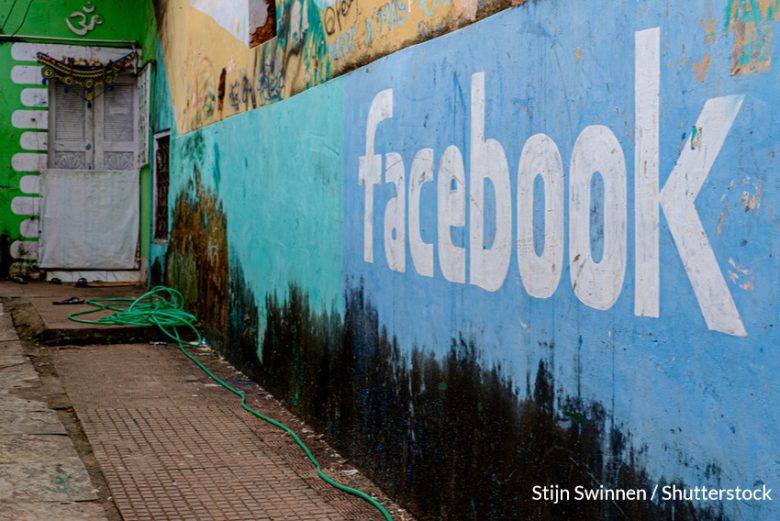 A hugely diverse country such as India has its share of multiple and contesting narratives of history, ethnic, linguistic, and religious identities that are mediated through layers of national and regional institutions. Mahatma Gandhi, the key architect of the country’s pluralistic democratic tradition, enabled diverse voices in politics to promote pluralism and pursue responsible nationalism based on self-reflection. In the context of British colonial rule, Gandhi used pluralism as a uniting force for achieving an independent India and addressing India’s inner societal problems. Since 1948, the year he was assassinated, India has come a long way. Though the country formally upholds Gandhi’s legacy of non-violence as a cherished principle, it has also undergone massive transformation from Gandhi’s idealised vision of self-sufficient village republics to a large industry-oriented global economic and political power.

Economic liberalisation and opening of the Indian economy to the global market in 1991 and later the digital revolution contributed to rapid changes in India. However, digital revolution contributed to amplification of its inner contradictions because of ‘selective appropriation’ of the past by religious nationalists in India to suit their present needs in electoral politics. Romila Thapar, a prominent Indian historian, in her book The Past Before Us: Historical Traditions of Early North India, writes “historiography linked to Islamic ideology in India is treated as a monolith…there are at least three ideological variations that gave shape to different facets of this historiography: The Arabic, the Turkish, and the Persian, all of which had diverse antecedents.” This reminds us of the importance of taking into consideration nuances and diversity within a group before constructing a stereotype of the ‘imagined others.’ It is also true that we all inherit and develop multiple identities as individuals at societal, professional, and other levels.

The solution to the problems Facebook and other tech giants face in India and elsewhere does not lie in increasing censorship that may undermine digital freedom. Rather it requires more open, more accessible, and more equitable digital space in a rules-based broader environment where tech giants are regulated following universally agreed upon human rights values, norms, and laws. There is also need for media literacy so that people can act responsibly in digital space.

Syed Nazakat, founder of DataLEADS, an Indian digital media company which works on a series of fact-checking and media literacy initiatives in Asia, describes the context of the abuse of social media platforms in India.

“There are a lot of factors behind the spread of misinformation and hate speech in India. Some media outlets do indulge in daily circulation of a high volume of dangerous and damaging misinformation and hateful content. They set the tone, which is followed by millions of others, what news they choose to highlight as breaking news, play on repeat, create buzz news, and get higher ratings. There has been a lack of responsible journalism. But hate speech and misinformation also results from a combination of existing socio-political circumstances and situations, and the availability of tech platforms that makes the circulation of content easy and widespread. Social media platforms have come under fire for aggravating communal tensions, spreading false information, and failing to monitor content for hate speech. What makes the population vulnerable to such content is that half of India is on the internet today and the majority of them lack any information literacy,” he tells Media Diversity Institute.

Nazakat underlines the importance of transparency and willingness of tech platforms to act against misinformation and hate speech through enforcing their stated policies keeping in mind local contexts.

“As the information landscape is fundamentally changing, the tech platforms see India as one of the most at-risk countries in the world. Yet, they don’t have enough local language moderators or content-flagging in place to stop misinformation and hate speech that at times leads to real-world harm situations. The lawmakers may eventually set up a new regulatory regime to safeguard individuals and society from maltreatment and establish parameters for data privacy. But for any long-term solution to be effective, it would need to adopt a whole-society approach of staying ahead of the potential threats posed by accelerating technological change,” he concludes.