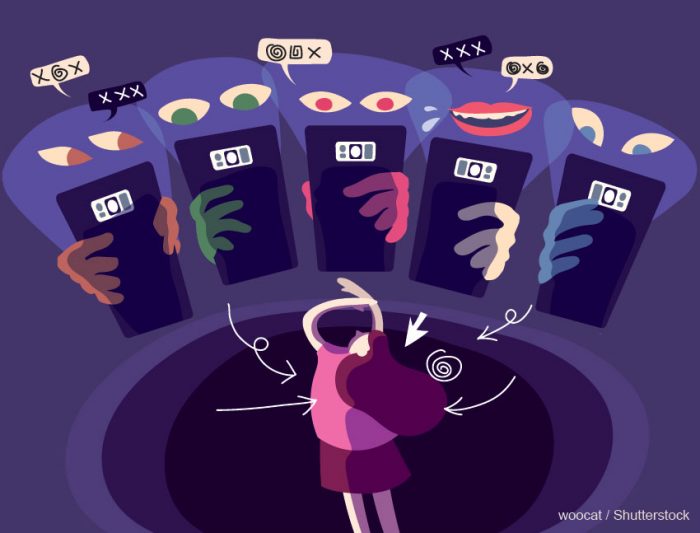 Is Online Violence against Women Journalists a Threat to Press Freedom?

In a world polarised by disinformation and populist governments, online violence is growing in prevalence. For women journalists, particularly those who investigate topics viewed as controversial, the threat is even higher.

In a world polarised by disinformation and populist governments, online violence is growing in prevalence. For women journalists, particularly those who investigate topics viewed as controversial, the threat is even higher. According to a recent study by UNESCO, which surveyed more than 900 journalists from 125 countries, online violence isn’t just increasing, it’s also becoming more coordinated, misogynistic and intimidating. Nearly three quarters of the respondents who identified as women (73%) reported receiving online abuse, with 26% saying it had impacted their mental health. Women journalists also said the level of abuse they received had impacted their work, with 11% taking time off to recover from attacks, 38% decreasing their visibility online and 4% leaving the profession. Facebook was identified as the platform where women received most abuse, followed by Twitter.

Marianna Spring, the BBC’s disinformation reporter, says that since she started exposing conspiracy theories at the start of the covid crisis, she has received an ever-increasing volume of sexist, abusive messages. 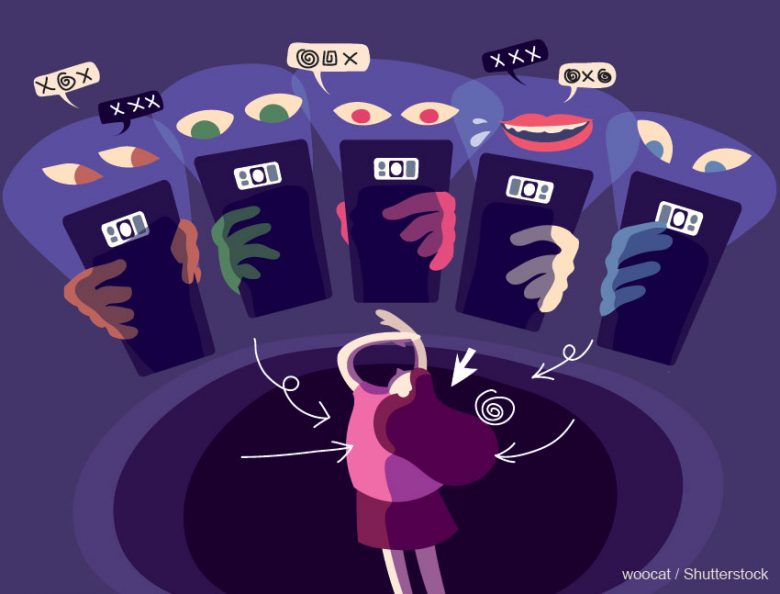 “I would say there’s a committed minority of people who bombard me with abuse- on average between one and 12 messages a day. I have to spend a lot of time trawling through some quite horrific abuse. Partly because I’ve become more visible in the past year and partly because it’s my job to speak to people who believe conspiracy theories. The online platforms promoting these theories have also grown since the start of the pandemic.”

For Marianna the online violence comes in waves, and is most prevalent after she publishes a report. “Sometimes I receive multiple threatening emails which need to be reported to the police,” she says.

“I also get abuse that’s been coordinated by the groups promoting conspiracy theories. A lot of people tend to focus on the fact I’m a young woman to discredit me. It’s often misogynistic, using words like slut, whore and bitch. It fits with their narrative that I’m a young woman who doesn’t know what’s going on. I definitely get more abuse than male colleagues.”

Covid conspiracy theorists can fall on all sides of the political spectrum, but they are almost always indoctrinated into black and white ways of thinking. The core reason they lash out is due to lack of trust in authority, and feeling disenfranchised by systems.

“People become very polarised online and it can become quite cult-like. They often see me as a barrier to getting their messages across. As a result they’ll say or do anything to discredit my reporting.”

Though some of the abuse she gets seems “ridiculous” she is unnerved by the direct threats. Recently a message was left for her at the station she uses to get to work. She told the UNESCO report:

“When I’m walking to and from work, it’s me that has to be hyper-aware, me that can’t listen to music or podcasts when I’m walking anymore. It’s me that kind of has to forfeit certain freedoms as a consequence of these people being horrible.” Overall though, she finds herself increasingly desensitised to the online abuse.

“I love doing my job and get good support from the BBC. For me investigations are really important and that outweighs the difficulties.” She adds that although she gets regular abuse, she “is lucky not to get some of the racist and homophoboic abuse that other women get”.

Kiran Nazish, Founding Director of the Coalition for Women in Journalism, says that increased polarisation across society is one of the core reasons behind the rise in online violence.

“More than 90% of the abuse and misogynistic comments online targeting women journalists comes from right wing accounts,” she explains. “During the Trump presidency we saw this kind of behaviour legitimised, because he was so polarising.”

Distrust of women is more prevalent among far right groups, leading to a greater degree of online violence. They’re also more likely to attack women from cultures or backgrounds that differ to their own.

She argues that it is the responsibility of governments across the world to condemn and tackle the behaviour to facilitate real change.

“Social media companies like Facebook have the power to better monitor the platforms and remove trolls but they’re not doing it to the extent they need to be. They’ve had the opportunity to create a safe space and they haven’t done it. Governments should be responsible for regulating them, in the same way they regulate pharmaceutical and other industries.”

Women can face online threats for reporting on anything from lipstick to healthcare, but more divisive topics are known to lead to greater levels of abuse. As well as debunking conspiracy theories, women face violence for reporting on political issues, particularly issues around race and women’s rights.

When Financial Times reporter, Madison Marriage, exposed sexual harassment at the Presidents Club charity dinner in 2018, she was hit by a wave of abusive comments. Although the majority of responses to her reporting were overwhelmingly positive, the abusive and misogynistic comments prevented her from fully enjoying her success. Many of the messages included vicious attacks on her appearance, as well as threats. “It was something I hadn’t been exposed to before and wasn’t expecting,” she says. “I reported it to my superiors at the FT and they recommended I speak to an external security firm.” They took the threats seriously and made a list of safety recommendations, including getting additional locks for doors and windows.

“I ended up booby trapping my own house with wine bottles so that I’d hear them smash if someone came in. It sounds over the top now, but at the time I felt unsafe.” She went to Norfolk for a few days while the scandal died down, avoiding social media as much as possible. “It was a shame I was scared because it meant I didn’t engage with all the positive comments. If a similar situation arose again I’d be thicker skinned, but at the time I was young and frightened.”

Although most online abusers won’t be a threat to physical safety, there is always a risk that violence will escalate. “There’s been a 130% increase in violence against women journalists in just one year,” says Nazish. As polarisation and protests increase, the risk only intensifies. “Women reporters are at risk in a number of different countries, including the US and Northern Ireland, where journalists have been killed trying to do their job.” Even when physical violence isn’t a threat, it can still prevent a journalist from doing her job and be detrimental to a woman’s mental health.

Disinformation and polarising topics are themes that impact all women journalists across the world, who experience both online and physical violence. But two of the researchers on the UNESCO project, Bojana Kostic and Jennifer Adams, stress that each individual country faces its own unique challenges, which manifest differently depending on local challenges and political climate. In Serbia, for example, reporting of online abuse is lower than in some western countries.

“A lot of women don’t want to talk about the issue as they don’t want to be seen as separate from their male counterparts,” says Adams.

“They’re at the forefront of reporting and are most likely to be detained and assaulted.”

Although there are some feminist groups raising awareness, the majority of women journalists feel as though the abuse is “part of the job” and not comparable to the risk of physical violence.

Globally, the study shows that only a quarter of women report online abuse to their employer, suggesting they’re reluctant to draw attention to the impact of this kind of violence, drawing attention to only the most serious cases. As well, Kostic points out the increase in new technologies, like Google Play and independent chat rooms, makes it increasingly difficult to track and trace abuse, even for those who want to report it. She says that women across the world need support and empathy, both from colleagues and other women, as well as governments and tech companies.

“We need to be listening to the women’s campaign groups who are trying to stop this. They are the people who best understand how we can tackle this,” she explains.

“The solutions [greater regulation, better reporting capabilities, government pressure, raising awareness] are coming from those who’ve been marginalised and governments have a duty to listen.”

Click the link to read and download UNESCO’s report “The Chilling: Global trends in online violence against women journalists“