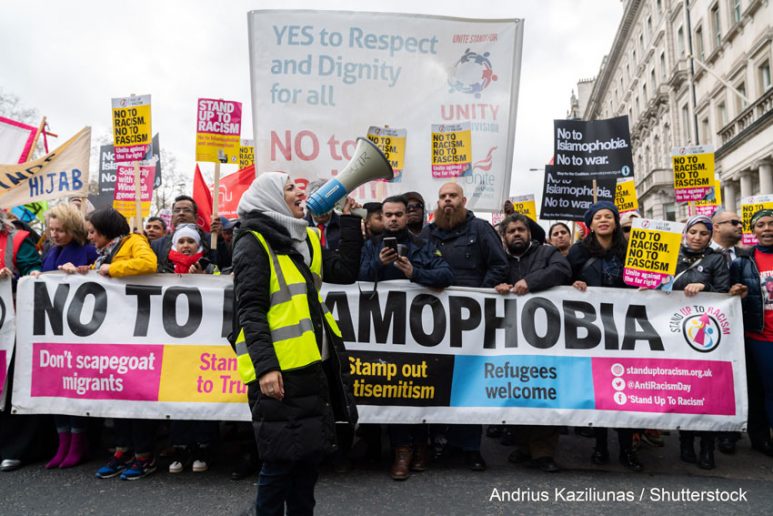 Is There a Solution to UK Media’s Persistent Islamophobia?

The integrity of UK’s media has been called out several times, and the coverage of the Batley school incident is only one of many that follows anti-Muslim tropes by criminalising Islam and by extension Muslims.

‘Jihadi protesters’ and ‘radical extremists’ were some of the terms used to describe protestors outside Batley grammar School in West Yorkshire last month after an image used during a religious studies lesson was found to be offensive by the Muslim community in Batley. The teacher, who took the image from the satirical French newspaper Charlie Hebdo, has been suspended from the school.

At a time when there is a collective cultural drive to practice acceptance and inclusivity, the coverage of the Batley incident was underwhelming from several media outlets. By overlooking the concerns of the protestors various news articles instead focused on the nature of the protests and the suspension of the school teacher who has now allegedly gone into hiding in ‘fear of violent protestors’, as reported in few of the articles in an attempt to villainise the parents protesting outside the school grounds. MailOnline and other such right wing media houses have even drawn parallels with the story of the teacher in France who was beheaded over a similar issue. 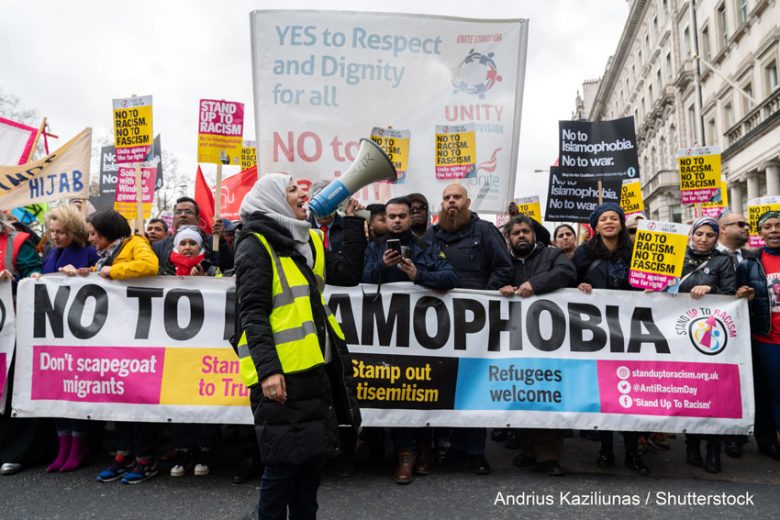 The Muslim Council of Britain released a report that found 59% of all articles covering Muslim issues as being shown in a negative light and over a third of all articles were reported to have misrepresented or generalised Muslim stories. Another major theme noticed was the association of Islam with terrorism. The biased reporting of the Batley incident highlights a rampant issue faces within British media- islamophobia.

The demonisation and othering of the Muslim population in the UK within the media has been debated for years. Paul Macey a journalist and lecturer at the University of Westminster recalls the right wing media bias against the minority communities predating possibly over 20 years when the rise of many right wing activities and political parties coincided with South- Asian communities fighting back against police brutality and racist attacks. The narrative then shifted to demonising these communities rather than listening to them.

Sharing his thoughts on the Batley incident with MDI Paul says, “I think it has been building over a number of years and I think we are regularly reminded of it through certain stories. The media, government and other influences, like big business who own most media now, have been arm in arm in shaping the narrative that Islam is inherently dangerous, and therefore Muslims are too. In the case of the Batley school incident, there was no attempt made to give a back story and provide a context. The way in which the reporting was presented was bad across the board in both print and in broadcast media.”

Inaccurate and misleading news stories are not just restricted to tabloids as commonly believed, “Tabloid can be far more aggressive and overt but that’s not solely the domain. Sometimes broadsheets’ use of imagery, the way in which they chose to write opinion pieces and the stories they choose to report are just as culpable, and in fact more dangerous I believe because they can wrap themselves as an intelligent and thoughtful source of news.”

In an article written by Miqdaad Versi, the director for media monitoring at the Muslim Council of Britain, he points out that the sensationalised headlines and scaremongering tactics used by certain media houses contribute to the othering of Muslims in the UK. With headlines like “FREE HIM! Calls for ‘immediate reinstatement’ of teacher suspended over ‘offensive cartoon’” it radicalises the protestors whilst failing to acknowledge the concerns raised by them.

Out of the total 5% Muslims in the national population less than 0.5% of the media comprises of Muslim journalists. Is the answer to descaling Islamophobia in the media in having a more diverse workforce? Paul Macey suggests newer outlet for news from the younger generation might be the answer to improving journalism and reporting.

“I think the real challenge to mainstream media is amongst younger generations who are looking elsewhere- either creating their own media or following their own. They are not doing it through mainstream media. It will both give more choices and options for people to find news, from various sources while also taking control of their reality. And this will in turn challenge other forms of media to maybe look within and perhaps be forced to change. During the Black Lives Matter movement last summer we saw some amazing things were younger people took control of the narrative, and that can be quite threatening to the establishment.”

The integrity of UK’s media has been called out several times, and the coverage of the Batley school incident is only one of many that follows anti-Muslim tropes by criminalising Islam and by extension Muslims. This othering of the community is both a product of historical and cultural context as well as from the constant reminders from right wing media outlets. Is the onus for change and ownership of responsibility with media houses or the journalists working within?

Paul suggested local media is capable of bringing out better, well rounded stories that are both powerful and necessary for improving conversation about things that matter. “If journalists are mindful of these conversations locally and are present in situ while covering the news, this can help frame that conversation in a rather constructive way and hopefully inform others outside of the community as well.”

“Communities are not one dimensional, they are not perfect. The only way to encapsulate their issues is to be present and understand the concerns raised by groups within communities. In this case it is about the portrayal of religion in this country. We need to have a conversation about that.”