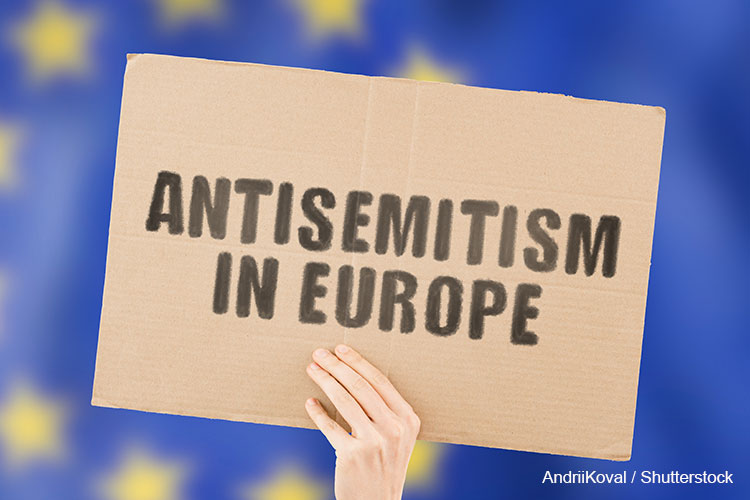 Minorities Targeted as Political Tensions Rise in Hungary and Poland

Several worrying incidents have been identified over the past few months in both Hungary and Poland which show an increase in the targeting of minority groups, largely due to rising political tensions in both countries.

This article is part of Get The Trolls Out! Dig Deeper Series. The Dig Deeper team go into detail to expose and explain increasing trends of anti-religious hate in the media. Also visit Get The Trolls Out! Monthly Round-Up, where they provide monthly overviews of the most significant results of our monitoring of traditional and new media in Belgium, France, Germany, Greece, Hungary, and the United Kingdom.

Several worrying incidents have been identified over the past few months in both Hungary and Poland which show an increase in the targeting of minority groups, largely due to rising political tensions in both countries. In Hungary this is largely related to the upcoming elections, which are set to take place in 2022 and for which candidates are in the full swing of campaigning. In Poland, tensions are high due to a draft bill which seeks to limit WW2 property restitution claims in the country.

An article published in Hirado, a government-linked media platform in Hungary, focused on György Soros and Alex Soros and the work they do to support migrant and LGBTQ+ rights. The article specifically focused on their philanthropy in the Netherlands and judging by some of the statements (ie.“Dutch Liberal Prime Minister Mark Rutte […] talking about forcing Hungary to its knees in connection with the child protection law”), the piece is in part a retaliation against criticism Hungary received recently in relation to LGBTQ+ rights. As reported in The Guardian, in June “the Hungarian parliament banned any portrayal of homosexuality or transgender identity to minors, in educational material or on television. Appending this to a law protecting children from child abuse, the country’s prime minister, Viktor Orbán, drew an explicit connection between homosexuality and pedophilia.” Many have pointed out that the increase in targeting of the LGBTQ+ community in Hungary is closely linked to the upcoming elections as well as an attempt by the government to distract from the handling of the COVID-19 crisis. Speaking to the United States Congress in June, Hungarian LGBTQ+ leader Tamás Dombos explained: “The logic of the government is to find an enemy and pretend that they are saving the country from this enemy.”

The piece on Hirado is not only hateful towards the LGBTQ+ community, referring to campaigning efforts as “LGBTQ propaganda”, but it also uses this as an opportunity to criticize György Soros and his son Alex Soros, heavily relying on antisemitic tropes and stereotypes. György Soros has been a scapegoat for the Hungarian government for many years. In a recent interview with sociologist Anikó Félix (which originally appeared in Hungarian on Jelen magazine but is available in English on our website), Félix explained: “The [Soros] campaign has to be seen in context — it is one thing to criticize George Soros in the US and another thing to do so in Hungary, where over a long period in the 1990s the far-right party MIÉP used Soros in its antisemitic campaigns, whether against bankers, big business and behind-the-scenes control. There is great tradition of coded language in this region, and these expressions assume an antisemitic content even if one might not think they do.” The Hirado article published this month is a clear case of coded language. György Soros is referred to as “the speculator” several times in the piece, a term which heavily relies on the antisemitic stereotype of ‘Domination and Control’, which often depicts prominent Jewish individuals and the Jewish people by extension as ‘puppeteers’, controlling world events from behind the scenes. You can learn more about this from our Antisemitic Tropes campaign.

In Poland this month we continued to see worrying incidents of antisemitism in response to the proposed WW2 property restitution claims bill, which already ignited a series on serious antisemitic media incidents in June. In a broadcast on Polish Radio 24 there was a discussion between three guests Ryszard Majdzik, Andrzej Michałowski and Andrzej Rozpłochowski who claimed liberal-left-wing international forces were putting pressure on Poland. Such narratives fuel antisemitism and are symbolic of the larger controversy around the legacy of antisemitism in Poland. Get The Trolls Out! Polish partner the Never Again Association submitted a complaint about this case, which you can read here. Another incident was sparked by comments made by TV celebrity Samuela Gorska, who publicly voices her support of the Confederation Party because, in her words, “I don’t want Jewry or LGBT, those things which exist today.” The video itself was removed after one day but the picture of the model making the statement was Tweeted by one of the party leaders Janusz Korwin-Mikke MP (former MEP) who shared it along with the words: “Look, there are sensible women who get what is most important in the KONFEDERACJA policies. And its clear we must fight against Judeo-communism in a very tough way, because Jews are usually very intelligent, so Judeo-communism is the most dangerous branch of communism!”

The real worry here is the increasing hatred publicly shown in both the media and social media, as well as in real life, against marginalized communities at the hands of political gains and tensions. Groups of people should not be targeted in order to run a successful political campaign, as shown in Hungary, and political tensions around a proposed bill is no excuse to spread vile antisemitism. The rise in cases in recent months is showcasing a worrying trend of normalizing such hatred, and it must be countered before these communities suffer any further.