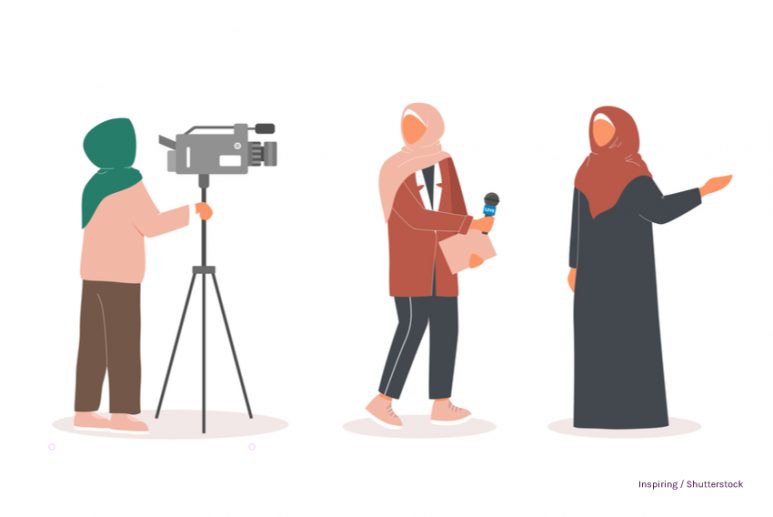 Muslim Journalists in the UK Struggle to Make Their Voices Heard

It is imperative that Muslim organisations, the mainstream media as well as press regulatory bodies work together to ensure that reliable and honest news is being delivered to the public.

Recently there have been discussions surrounding diversifying the media which is great as representation is important. Only 0.4% of British journalists are Muslim. There are explanations for this such as interests and economic barriers. Journalists from working-class backgrounds make up just 10% of the media. However, there is no doubt that Islamophobia in the mainstream media has deterred Muslims from the field and has created barriers for them as well as a relationship of mistrust.

Islamophobia in the media 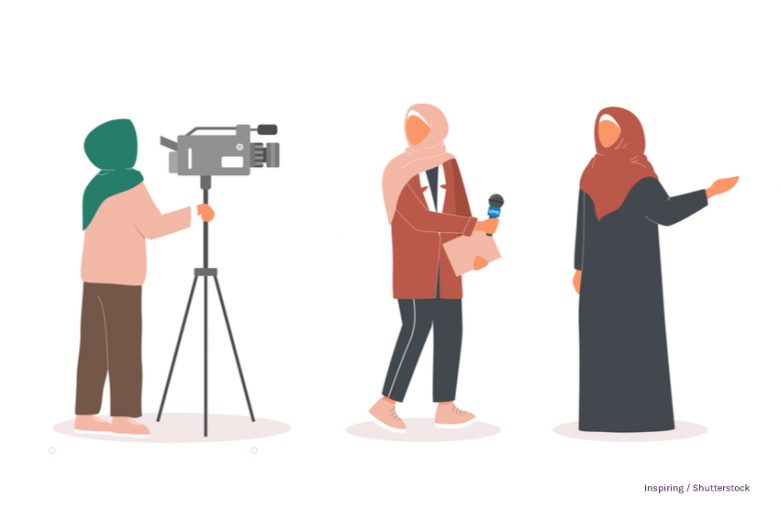 For years the media have capitalised from click bait Islamophobia. From “Muslims ‘silent on terror’” to “Muslim sex grooming” headlines, newspapers regularly associate Muslims and Islam, rather than the individuals in question, with criminality and extremism. Significantly misleading and inaccurate articles about Muslims are plentiful and fuel the rising hostility towards Muslims. The media becomes an echo chamber of prejudices for several reasons; there are little Muslim journalists, journalists who write about Islam aren’t knowledgeable on the subject matter, many articles do not even include Muslim voices and research by Moore et al highlighted that when they do newspapers have a preference to focus on the more extreme Muslim voices. One newspaper ends up regurgitating what another has said.

When the former Sun editor Kelvin MacKenzie wrote an article attacking Fatima Manji for reporting on the Nice truck attack in a hijab, IPSO ruled that Mackenzie’s article didn’t breach its guidelines. This is despite the fact that he falsely claimed that all major terrorist attacks are carried out by Muslims. MacKenzie also made a prejudicial and pejorative reference to Manji’s religion by equating her hijab with being a terrorist sympathiser, yet IPSO claimed he did not breach clause 12 on discrimination.

Novara Media journalist, Ash Sarkar in response to her ordeal with Sunday Telegraph columnist Julie Burchill wrote “the unfortunate truth is that, sometimes, the only thing that separates an anonymous troll and a journalist is a byline.” Media reporting downplayed the Islamophobia, libel and harassment and framed Sarkar as part of the woke mob to present Burchill as a victim. The experiences of Sarkar and Manji show that not only is there Islamophobia from journalists themselves, there’s also a lack of accountability more broadly within the industry.

The experience of Muslim journalists in the media

Miqdaad Versi, assistant secretary general of the Muslim Council of Britain (MCB), told Media Diversity Institute that there is a strong concern among Muslims on the way in which they are reported upon as well as the structure of the media.

“There are Muslims who want to make a change in the media but the question is what will stop you once you’re there? There are fewer people who relate to what you care about and you are known as the Muslim journalist, not simply a journalist”.

Muslims face a paradox in the media. They find it hard to find publications that will take their stories, and yet at the same time the media will rush to find Muslims to speak about specific topics.

“I do sometimes feel alienated from journalism because I see my opinion as only mattering when it comes to issues relating to my religion or race,” freelance journalist, Sarah Harris, told Media Diversity Institute.

At the same time she expressed her disappointment that the media missed an opportunity to centre the voices of Afghans and experts on the current situation in Afghanistan.

“I’ve seen a lot of the people speaking about it on the news or writing about it that are Caucasian and have no direct link to the issue. There are hundreds of Muslim journalists who are eager to voice their opinions, but the news never seems to want to hear what we have to say. It’s like we’re given a voice is to meet diversity quotas,” she said.

Muslim journalists are likely to improve coverage and reduce the likelihood of misreporting about Islam and Muslims. However, they find themselves being boxed into this beat reporting because there is an assumption that they are experts. They are expected to speak on behalf of all Muslims or those who claim to be. Just recently a journalist asked academic, Abdul-Azim to participate in a live debate about whether the Taliban represent Islam.

They also experience editors asking them to comment on the politics of Muslim majority countries. The individuality of a Muslim journalist gets lost and as a consequence so can their voices. Although it is insightful, someone’s identity is not a qualifier for expertise. When attempting to diversify the media it is important to recognise that equality should be preserved and no topics should be gate kept. Diversity should help to facilitate a dialogue between people.

Editors will give speeches about why the press needs more diversity, while at the same time papers like The Sun and The Daily Mail deny their problems with Islamophobia. Diversity is championed until journalists like Tasnim Nazeer are asked whether she would consider removing her hijab because she had all the skills and potential but didn’t have the right look for TV. Consequently, the sincerity of diversity initiatives will be called into question. Just hiring more Muslim journalists will not solve the structural issues that make it difficult for Muslims to be heard.

Why diversity is needed in the media

Muslims can help to break through the echo chamber I previously referred to. Sabah Ahmedi, one of Britain’s youngest Imams, told Media Diversity Institute he is working in the media to change the way people perceive Islam.

“I feel like it’s super important to have young Muslim voices in the media just to humanise us. A third of Britons feel that Islam threatens the British way of life. Having Muslims in the media who share their personal and work life allows people to connect with them and can hopefully change their perceptions. I just wish journalists would speak to Muslims before blindly reporting on Islam,” he said.

Religious illiteracy is rife within parts of Britain’s media which exacerbates sensationalism and Islamophobia. This needs to be addressed by training not just reporters but editors too as journalists do not write the headlines or choose the photographs.

During the Leveson inquiry Richard Peppiatt, a former journalist for the Daily Star, admitted that some stories he wrote were wholly inaccurate and journalists had often been under pressure from superiors to distort and embellish the facts in order to beat competition and sell more papers. “For me to have referenced the Press Complaints Commission Code to protest against this I would have been laughed out the door” he told the inquiry. He added that there was a maxim at the paper that some stories were “too good to check” and that “getting the occasional slap on the wrist was just a cost of doing business”. When press standards are compromised and even those at the top have no regard for journalistic professionalism, it is inevitable that more articles based on Islamophobic presumptions about Muslims will be published. It is no wonder that Mail Online without question allowed Katie Hopkins to write two articles stating that a Muslim family had links to al-Qaeda when they did not. Of course not everyone in the industry acts like this but there are enough articles to suggest that this is a problem and that this disregard for press standards and click bait culture in the industry exacerbates Islamophobia.

It is imperative that Muslim organisations, like MCB, the mainstream media as well as press regulatory bodies work together to ensure that reliable and honest news is being delivered to the public.

Our project Get the Trolls Out! has created a list of useful resources about Islamophobia. For more information click here.