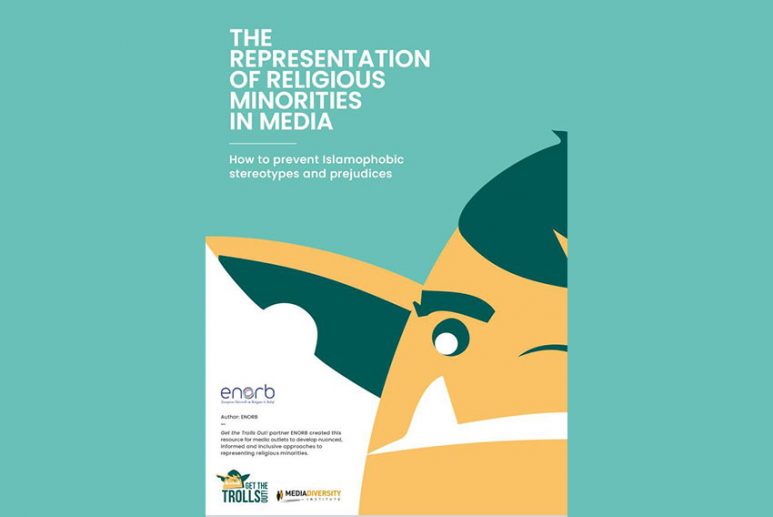 Media narratives could contribute in the stigmatisation of the Muslim population in society which could end up in hate, racism and could deprive them from their agency.

Get the Trolls Out! partner ENORB created a new resource to help media outlets to develop nuanced, informed and inclusive approaches to representing minorities. ‘The representation of Religious Minorities in Media’ looks at how the media could prevent the use of Islamophobic stereotypes and prejudices. The report identifies four most common media depictions of Islam:

“Choice of inaccurate, generic or out-of-context visuals to illustrate the new; biased representation of Muslim women; lack of questioning of stigmatising statements; tokenisation or the dynamics of ‘Good Muslims and Bad Muslims’.”

By using such narratives the media contribute in the stigmatisation of the Muslim population in society which could end up in hate, racism and could deprive them from their agency. This in turn results in mistrusting minorities mistrusting the media which creates a vicious cycle of hate. 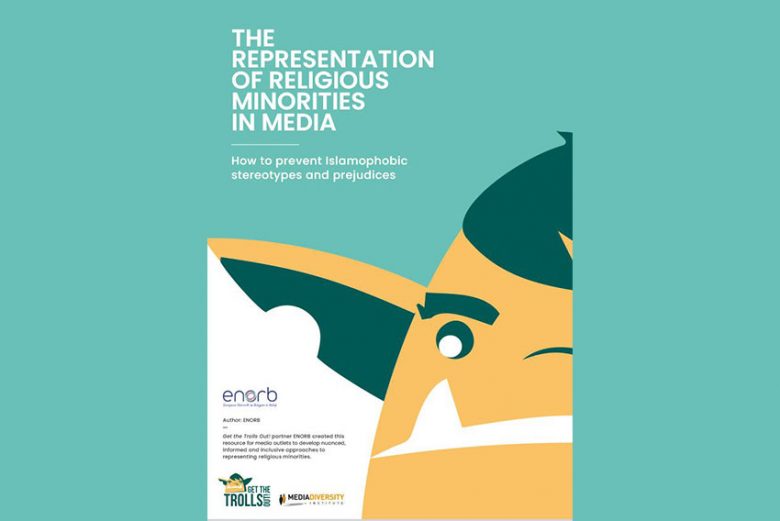 In order to be more inclusive, ‘The representation of Religious Minorities in Media’ those who report on religious issues, specifically on Islam, should:

“Enlarge and diversify the images in archives and raise awareness among editors about addition captions; avoid generalisations, recognising Muslim women’s choices and their willingness to achieve the same rights as their fellow citizens; question stigmatising statements by pointing our when they convey inaccurate and stereotyped images. Challenge journalists to provide evidence to justify these kinds of claims; avoid the cateforisation of minorities as well as of opinions vased on personal beliefs, foster knowledge about diversity, give voice to stakeholders.”

You can download and read the report in full on Get the Trolls Out! webpage or by following this link.

Get the Trolls Out! is a project led by Media Diversity Institute which combats discrimination and intolerance based on religious grounds in Europe.. For more information follow this link.

In addition to ‘The Representation of Religious Minorities in Media’, Media Diversity Institute would like to highlight two more reports that are related to Islamophobia: “Countering Islamophobia/Anti-Muslim Hatred to Eliminate Discrimination and Intolerance Based on Religion or Belief – Report of the Special Rapporteur on freedom of religion or belief  [A/HRC/46/30]” that was adopted during the 46th Session of the Human Rights Council and “Defining Islamophobia: A Contemporary Understanding of How Expressions of Muslimness are Targeted”  by The Muslim Council of Britain.

The UN Human Rights Council Report, to which Media Diversity Institute, contributed by responding to the call for input,

“i) unpacks the concept of Islamophobia, including the processes of essentialization and racialization that propel this form of bias (ii) documents the experiences of affected communities and the human rights impacts (iii) affirms the relevant international human rights framework; and (iv) proposes recommendations to address and mitigate the impacts of Islamophobia consistent with international law.”

You can download the full report by visiting the reports section of the 46th Session of the Human Rights Council. The report can be found as A/HRC/46/30.

According to the report Muslimness is an important part of the definition:

“Muslimness denotes any perceptible marker of Muslim identity; it recognises the varying targets of Islamophobia that are linked to Muslim identity. Be it visible Muslims of Muslims identifiable due to a Muslim identity marker such as their name, clothes or actions, Muslim institutions such as cemeteries, mosques, Muslim schools, or indeed those perceived to be Muslim such as turbaned Sikh men for example. The phrase ‘expressions of Muslimness or perceived Muslimness’ is how the definition captures all categories”.

The report goes on by addressing some key concerns:

“Defining Islamophobia and challenging obfuscation of denial; racism and racialisation of Muslims; islamophobia and antisemitism: similarities between the two racisms; Muslimness; and exploring the development and evolution of British Muslim identity”.

You can read and download the full report by following this link.