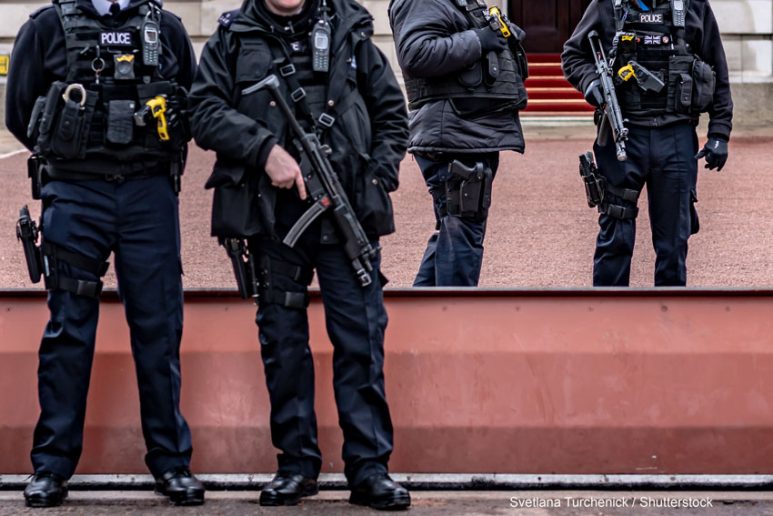 Will the media rise to the challenge of accurately conveying the threat Prevent represents to civil liberties in the UK?

If the violent arrests at the tragic vigil for Sarah Everard, the outcry against a bill that would heavily restrict protests in the UK, and the government commissioning a report denying the existence of systemic racism in the UK are anything to go by, this springtime end to the first year of the Covid-19 pandemic feels particularly dangerous for civil rights in the UK. Yet in the background of all this, one of the UK’s least covered civil rights efforts ticks on, one case at a time: The struggles of Britain’s Muslim communities and human rights NGOs against a controversial 18-year old counter-terrorism programme, commonly known as Prevent.

Nowhere can this more clearly be seen than in headlines such as the following: “Muslim boy, 4, was referred to Prevent over game of Fortnite”. The article in question, published in The Guardian in January, goes directly into detail how a young boy from the West Midlands was referred to Prevent after an exuberant discussion at his after-school club about “guns and bombs”, which were revealed after police intervention to solely exist in the popular video game Fortnite, which the boy’s cousins were playing when he last went to visit his father. According to the same article over 2000 children up to 9 years old have been referred to the scheme. 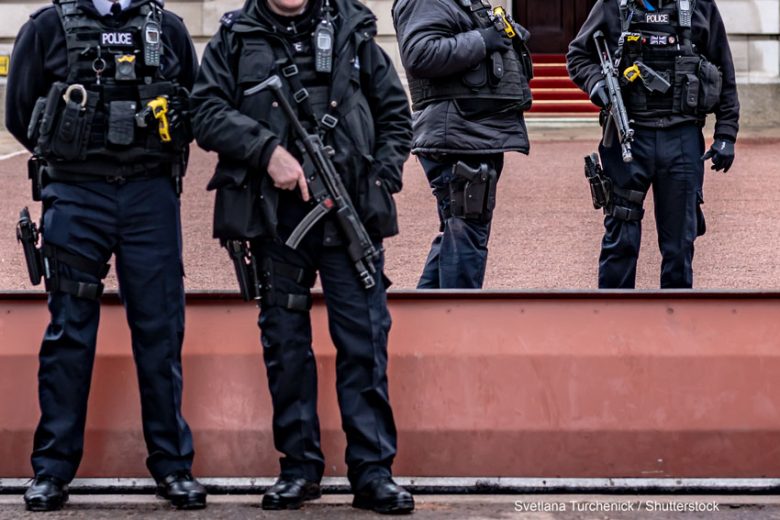 Founded in early 2003 Prevent is one part of the United Kingdom’s 4-part counter-terrorism strategy, known as CONTEST. From the beginning, Prevent was inherently designed to target Islamic extremism in particular, rather than all forms of extremism in general. This targeting is clearly demonstrated by a 2009 report from the Institute of Race Relations “Spooked: How not to prevent violent extremism“, which clearly shows the correlation between the Muslim population in different counties of the UK (as reported by 2001 census data) and the Prevent budget allocated between 2008-2011: Counties with a greater Muslim population received a correspondingly greater share of Prevent funding during this period.

Over a decade after its foundation, the Prevent program would undergo the greatest evolution in its scope on the 1st of July 2015, with a corresponding increase in referrals. As a Rights Watch (UK) study explains: From then “all schools and registered childcare providers in England, Wales, and Scotland (including registered child minders) were subject to a duty, under section 26 of the 2015 Act, to the effect that, in the exercise of their functions, they must ‘have due regard to the need to prevent people from being drawn into terrorism.’”

“So the stated aim is a reasonable aim: To have ‘due regard’ to stopping people from being drawn into terrorism, but how it works in practice is very dissociated from essentially what its stated aim is,” explains Dr. Layla Aitlhadj, director of Prevent Watch, an NGO that assists people who have been referred to Prevent and their families in understanding their rights and legal recourse.

“What it looks like on the ground is that you have millions of public sectors workers – and increasingly private sector workers – being trained on how to spot signs of – not terrorism – but signs of vulnerability to radicalisation,” she continues.

“Now, the training in-and-of itself – when it was leaked in the very early stages – was clearly very targeted at Muslims. And that’s no surprise, because Prevent was introduced post-9/11 and then kind of strengthened post-7/7,” explains Dr. Aitlhadj.

“And the study itself that Prevent bases itself on, is a study that was done on convicted Islamist extremists.” (The study which Dr. Aitlhadj refers to is known as the “Channel Vulnerability Assessment Framework 2012”  which “contained 22 factors derived from a tool called the Extremist Risk Guidance 22+ (ERG22+)”.)

Despite many reports and institutional criticisms being levelled at the program since its inception, the media coverage of Prevent has been less extensive than expected. While outlets such as The Guardian, the Independent, and BuzzFeed News have regularly published pieces critical of Prevent since its 2015 expansion, the relative dearth of traffic and publications concerning the program (especially when compared to the topic of counter-terrorism in general) is surprising.

For Dr. Aitlhadj, there is a clear explanation:

“I know for a fact that journalists tend to come back and say that they’ve been put under pressure, especially when they put out a scandalous story. They’re often threatened with legal action.”

Dr. Aitlhadj concludes: “They end up getting obstacles in terms of how much they can report and what they can report, and they come under a lot of pressure.”

As to the source of this pressure, Dr. Aitlhadj explains further:

“It shows how Prevent works in a way to perpetuate its own presence and protect itself. The way in which Prevent operates means that any criticism against Prevent is then seen as extreme, and this also goes for the media.”

Despite a 2016 UN Special Rapporteur warning that “by dividing, stigmatizing and alienating segments of the population, Prevent could end up promoting extremism, rather than countering it”, it is now clear that the programme is considered by many in the current UK government to be a success, and as a result there are increasing signs that the program is expanding in three worrying dimensions:

Firstly, despite the program’s initial clear targeting of Muslims, it is becoming increasingly clear that Prevent is no longer simply aimed at policing this community: from the scandal that broke out last year after the Guardian reported that non-violent climate activist organisation Extinction Rebellion had been added to the list of “extremist ideologies” that should be reported to Prevent, to statistics from the past two years showing that growing numbers of non-Muslims are being targeted by the program.

For Dr. Aitlhadj, these numbers illustrate “the danger of acceptance”:

“people accepting that ‘okay, it’s fine, because it’s only the Muslims that are being targeted.’ And then you see that, gradually, these same laws and these same duties are being applied outside of the Muslim community. And so the argument from pro-Prevent is ‘it’s not discriminatory towards Muslims, cos we’re targeting all forms of extremism, and look – we’ve also increased our far-right referrals.’ ”

However for Dr. Aitlhadj all Prevent referrals have a chilling effect:

“We have had a few non-Muslim cases, and it’s equally heartbreaking and it’s equally wrong in terms of how certain children are being treated and referred to Prevent, and the consequences that it’s having.”

The second avenue of Prevent’s expansion would be in the legal means it has to pursue its suspects. This is primarily visible in the recommendations of a legal review delivered in February by the Commission for Countering Extremism, in which they (among other measures) call for the creation and then criminalisation of the legal notion of “hateful extremism” (as opposed to existing hate speech legislation), which would include actions taken “to create a climate conducive to hate crime, terrorism or other violence”.

The intended effect of this change, according to Dr. Aitlhadj, would be to criminalise many actions which currently would incur a Prevent referral (which is not normally a legal obligation on the person referred):

“So now, instead of referring someone to Prevent, it would actually be a criminal act that they would be committing. […] So now, they wouldn’t just be looked at with suspicion, they could actually have some kind of conviction.”

Despite the clear dangers of these two expansions, when asked, Dr. Aitlhadj named a third dimension as the most dangerous: “Prevent is being exported around the world – as CVE – as if it is an ideal model for how to deal with radicalisation, despite the fact that it is so deeply flawed.” Indeed, the Prevent model is being promoted across Europe and within the United Nations, both by sovereign states and by transnational institutions (such as the EU’s Radicalisation Awareness Network, or RAN), as a report by the Transnational Institute suggests.

However, in Dr. Aitlhadj’s scathing concluding statement, neither of those three threatening expansions is as shocking an indictment of Prevent as its track record: Over 624 children under 6 referred since 2016, over 44 million pounds of funding per year, and yet

With a new scandal surrounding the upcoming review of Prevent, it’s little wonder why Dr. Aitlhadj, her organisation, and manyothers like it are calling for Prevent to be abolished. However, will the media rise to the challenge of accurately conveying the threat Prevent represents to civil liberties in the UK? For Dr. Aitlhadj, those journalists brave enough to take aim at Prevent must be aware of the tactics of its campaign of media suppression:

“If you’re gonna speak up about anything governmental – any kind of policy or practice – then you kind of expect that backlash.”