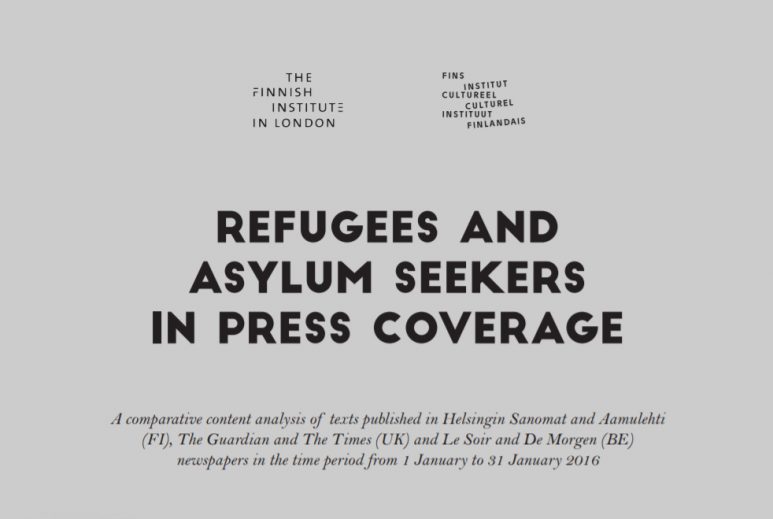 Finnish Institute on Refugees and Asylum Seekers in Press Coverage

In Finnish, British and Belgian media coverage of the refugee crisis, asylum seeker and refugee are the most frequently recurring terms in the data, a study by the Finnish Institute in London and the Finnish Cultural Institute for the Benelux reveals. All the newspapers report on questions relating to refugees and asylum seekers mostly in a neutral tone, striving for objectivity. The point of view of all of the newspapers is eurocentric. The voices of the refugees and asylum seekers are heard less often than that those of authorities, politicians and experts. In the British newspapers, a particularly high amount of coverage was devoted on the asylum seekers’ journey to Europe. Negative viewpoints towards immigration are heard as well, counter-balanced by the writers’ own comments and commentaries by guest writers.

The comparative content analysis examined texts published in Helsingin Sanomat and Aamulehti (FI), The Guardian and The Times (UK) and Le Soir and De Morgen (BE) newspapers in the time period from 1 January to 31 January 2016, analysing how many texts in each of the studied newspapers dealt with refugees and asylum seekers, what kind of terms were used in the context and which were the most prevalent themes, on which sec­tions of the newspapers the terms appeared in and in which type of coverage the subject was featured most frequently. 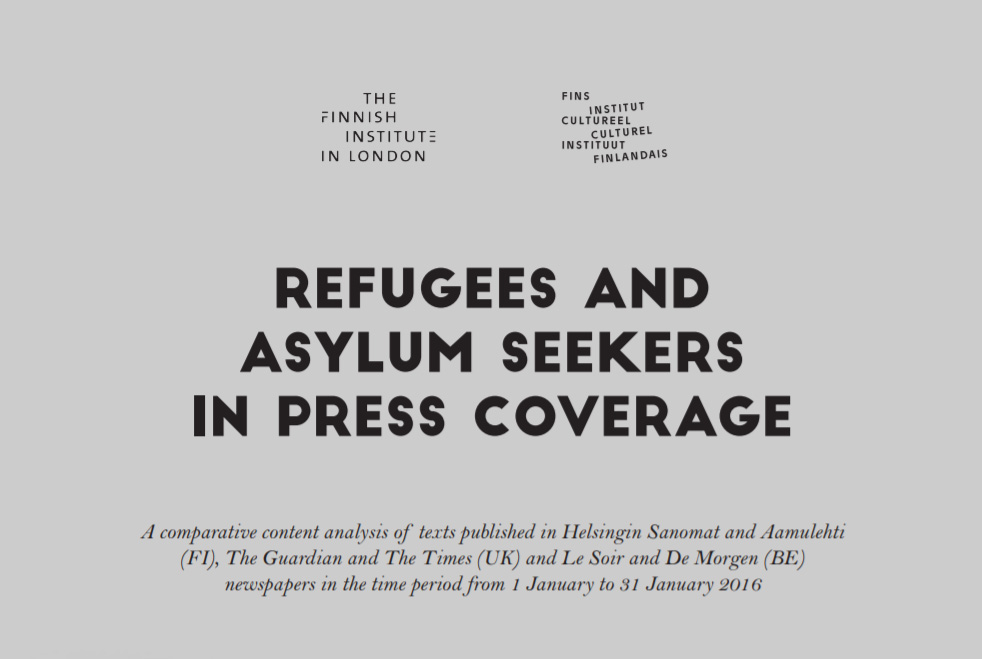