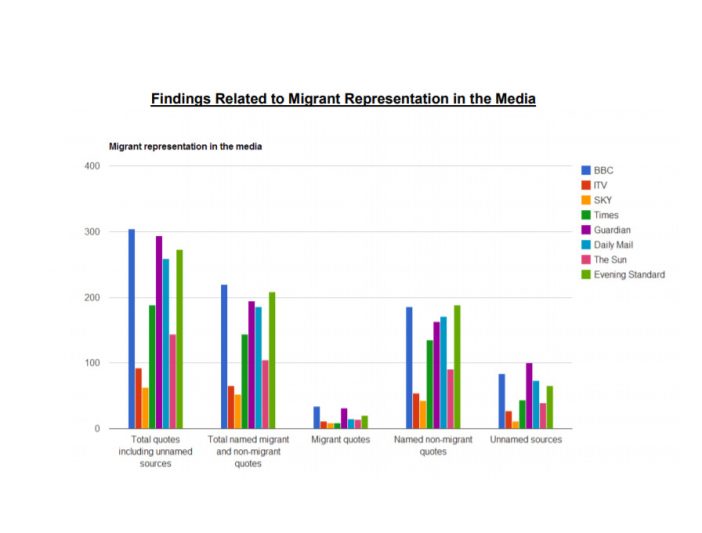 The lack of immigrants’ voices in media stories regarding immigration and its impact on the UK was revealed in new research conducted by the organization “Migrant Voice”. Only 12% out of those quoted were migrants, in a total of 577 stories about immigration from eight different media outlets.

This research project was undertaken with the goal of assessing how migrants are represented in various media outlets within the United Kingdom.

Questions asked in approaching this project include how many migration stories were in each media outlet, how many people were quoted, and how many of those quotes came from migrants. For practical reasons we have focused on a small number of online media sites, but ensuring a broad range of different types of outlets. Data was collected from The BBC, ITV, SKY News, The Times, The Guardian, The Daily Mail, The Sun, and The Evening Standard. The study was conducted on a weekly basis. For each week, articles from the previous sevendays were searched and read using keywords such as migrant, migration, immigration, refugee and asylum seeker. 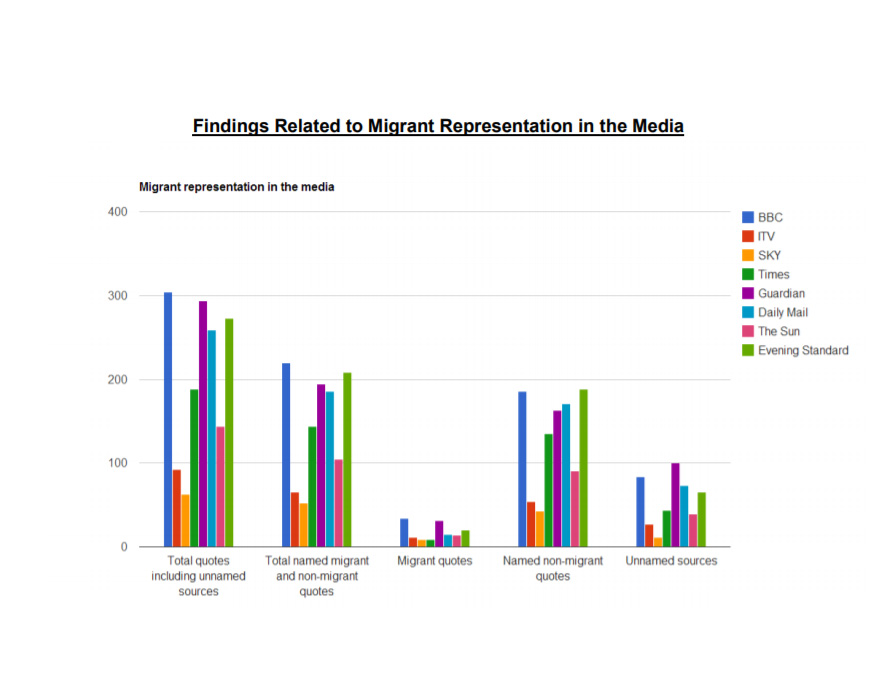