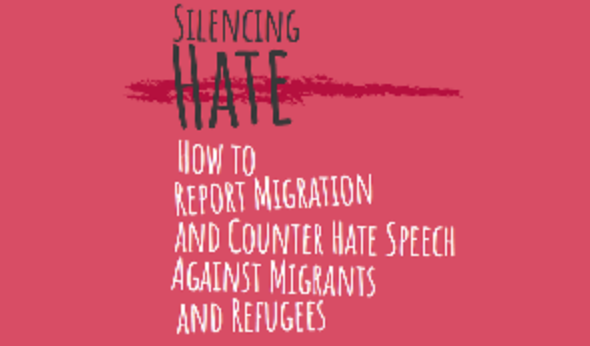 We are excited to share that our #SilenceHate participants are starting to publish their articles after several months of hard work.

Our #SilenceHate project kicked off more than one year ago in London, with a five day “Media Camp,” training thirteen participants in the intricacies of how hate speech is used to target migrants, and what journalists can do to counter it.

“Hate speech against migrants is really connected to the rise of the far right narrative,” said Dasha Illic, the project coordinator. Illic ran the training in her capacity at Media Diversity Institute (MDI), while the project was lead by COSPE and run alongside European Federation for Journalists (EFJ), Amnesty Poland, Amnesty Italy, Karpos, Affiria, and the Cyprus Community Media Centre.

“We are very unaware of the negative sides of social media. Hatred can spread very quickly through digital platforms,” she continued. “When it come to migrants, this is very specific—they’re a vulnerable group, and have become the central focus of a lot of anger.”

After the workshop, the thirteen participants went back to their home countries to report and produce the stories that they pitched to the workshop. Now, we are excited to share that most of them have been produced, and published in the local media. One project is a podcast called “The Undocumented” in which Greek journalists Aristea Protonotariou and Sotris Sidaris interviewed migrants about hate speech they experience in the street. MDI’s Eline Jeanné worked with fellow journalist Beeke Katarina Melcher on an article examining football as a safe haven for refugees in Germany, which was published in Red Pepper magazine.

“We are really glad to introduce a new format to Greece’s media landscape,” said Protonotariou and Sidars, discussing the podcast. (Read more about it here).

“Each episode of our first season has something new to say by focusing on refugee stories that go unseen, underreported or undocumented by the mainstream media. That’s also the biggest challenge we’ve had to face; the ability to present something different and interesting to both Europeans and refugees or migrants. We are not presenting any of these stories just because there is space to fill in your free time. We are presenting them because we think that, by developing a new and creative counter-narrative, we can combat and prevent hate speech against a population at risk of marginalization.”

For a complete list of the projects, see the #SilenceHate website here. For resources on how to properly cover migration, and combat hate speech related to migrants and refugees, click here.

For additional MDI projects focusing on migrants and refugees in the media, see our projects page.