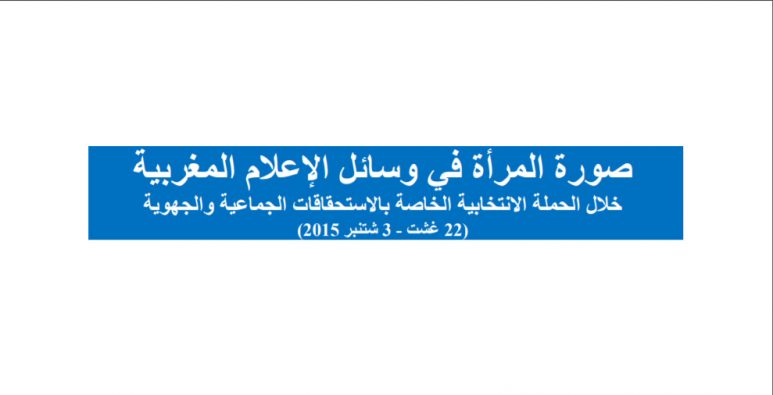 Study: The Image of Women in the Moroccan Media

The Study “The Image of Women in the Moroccan Media in the Run-up to and During Local and Regional Elections 2015” shows that a better representation of women and women’s issues in the Moroccan media is needed. This Study produced by the Media Diversity Institute (MDI) in partnership with ISIC Alumni and AEF (Association of Women Start), represents the final product of monitoring process and research led by professor Dr. Abdelouahhab Errami.

“Most of the Moroccan media considered women to be voters rather than actors in political processes such were elections 2015. Our Study shows that women’s issues are only tackled during specialized programs for women, cooking or talk shows. In political shows on TV and radio, women would only appear as guests and rarely women’s issues would be a topic of a serious debate,” said Dr. Errami.

Some of recommendations of the Study are to raise the number of women journalists and to give them more high-ranking and editorial positions in media outlets, as well as to stop limiting women’s representation to family, marital status and children’s issues and programs. 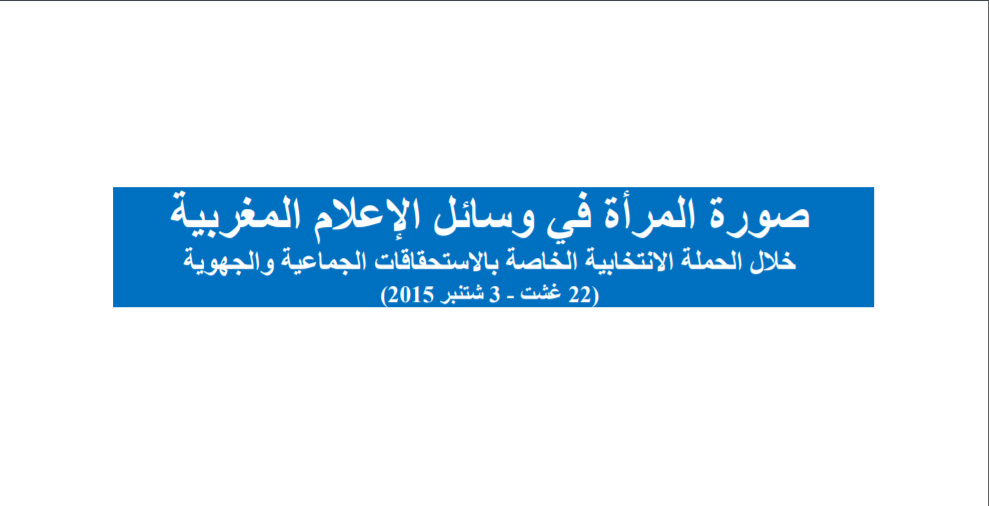 MDI Study on the Image of Women in Moroccan Media