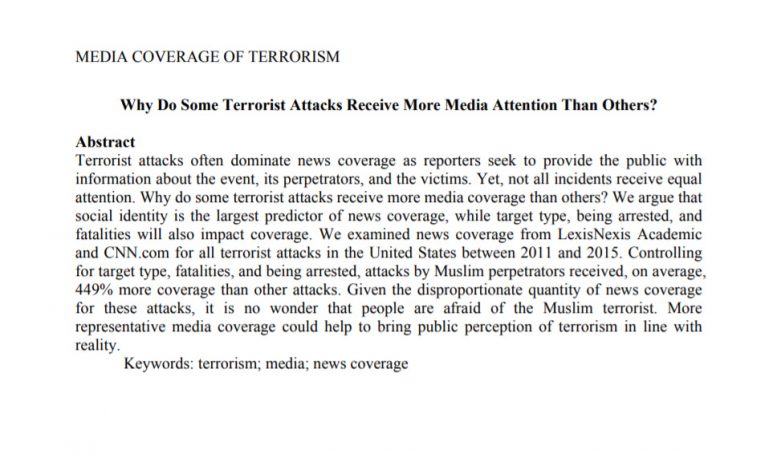 Why Do Some Terrorist Attacks Receive More Media Attention Than Others?

Research completed by the University of Alabama found that terror attacks by Muslims receive 357% more press attention that those by non-Muslims. Analysing coverage of terrorist attacks in the US media between 2006 and 2015, the researchers concluded that terror attacks committed by Muslims receive significantly more media attention. Specifically, they receive an average of 105 headlines, whilst terrorist attacks committed by non-Muslims only receive and average of 15.

The research conclusion is clear: the media is heavily skewed towards Muslim-related terrorism: 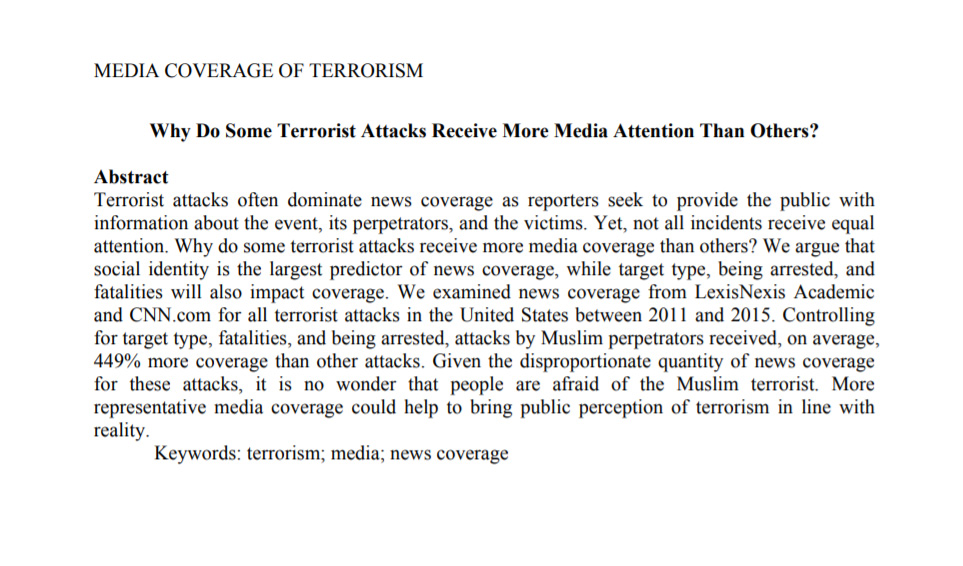 “When people think about terrorism, events like the Boston Marathon bombing and the Fort Hood shootingare what come to mind. This is not surprising considering that these two incidents received over a quarter of the coverage in the U.S. over the last decade. Yet, so much is missed.

These attacks have two things in common: the perpetrator was a white man and the targets were both religious and minority groups. These instances highlight disparity in media coverage of terrorism.”