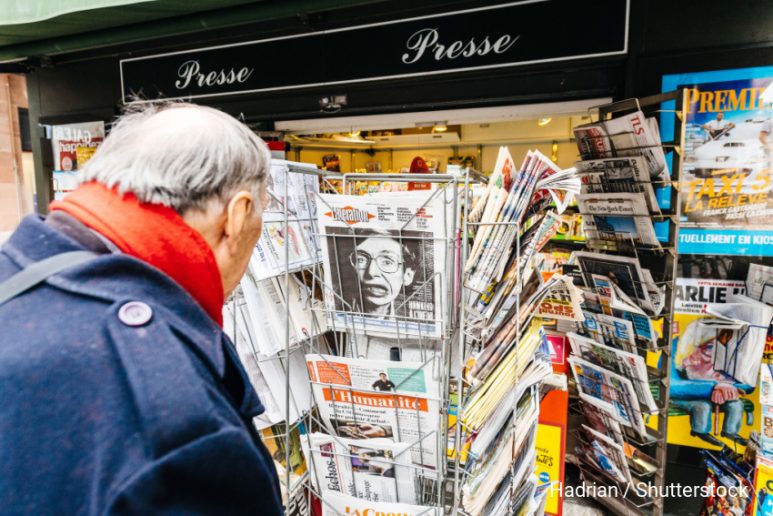 The horrendous killing of a 12-year-old girl has fuelled an anti-immigrant backlash in French media and political spheres.

On Saturday, October 15, the media revealed that the body of a schoolgirl, who went missing the day before in the 19th arrondissement of Paris, was found curled up in a suitcase left in the courtyard of her building. The news sparked emotional debate on social media and across the country. On Sunday, French outlet le Parisien revealed the prime suspect was a homeless Algerian woman residing in the country under an OQTF (Obligation to Leave French Territory).  A racist frenzy took over the media landscape soon afterwards.

Demonstrations in support of Lola, led by the far right across the country, framed the case as a civilizational war on the French by those identified as others: Muslims and immigrants. 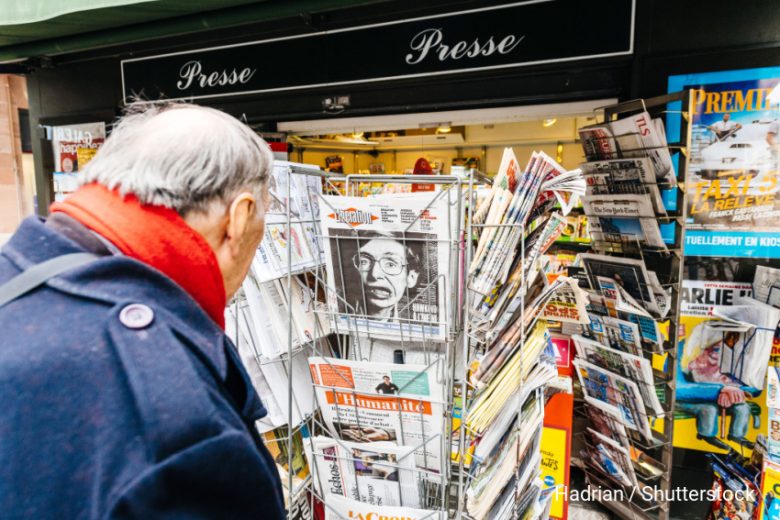 For Donia Ismail, journalist and deputy editor-in-chief of Arabia Vox, this is a typical example of the politicalisation (or weaponisation) of an issue by the far- right.

‘There has been a political instrumentalization on social media, politicians like Damien Rieu tweeted and said, ‘once again it is the fault of immigration,’ in their logic and rhetoric the Lola affair supports their point,’ she tells Media Diversity Institute.

The journalist explains that such an attempt to control the media narrative serves far-right parties in search of political legitimacy:

‘They play their legitimacy. It is a matter of political survival. For instance, Reconquete, Eric Zemmour’s party, which has died since the presidential elections, is in search of legitimacy, and of an audience. They surf on those events to feed their xenophobic rhetoric and claim it’s a murder against France,’ Ismail explains.

The far-right came up with a racist new term, Francocide, which is used to describe the murder of a French person due to their nationality or a person who destroys what is French. The term was made popular by essayist and former candidate at the last presidential elections, Eric Zemmour. This is how he described it at his political party summer school in early September:

‘The murder, the stabbing of a Frenchman or a Frenchwoman by an emigrant, is not a news item (…) It is a political fact that I will henceforth call ‘francocide’’.

In the theatre piece, where France is under attack, Lola is given a role. She becomes a martyr, and her killing is turned into martyrdom.

‘The despicable murder of Lola was one too many on the long list of innocent and too often forgotten victims, sacrificed on the altar of living together’.

‘All this storytelling was created without the parents’ agreement. Eric Zemmour registered a domain name and organized demonstrations across the country without their consent,’ says Ismail.

Through their lawyer, Lola’s parents have asked for all usages of their daughter’s name and photographs to stop immediately. They have pleaded that her death is not politicised.

According to Yasser Louati, political analyst, human rights advocate, and president of CJL, The Justice & Liberties For All Committee, which defends human rights and civil liberties,   such framing serves a political agenda:

‘We see that the victims serve as scapegoats, and it is not new. We saw it with terrorist attacks, with Samuel Paty (a French teacher who was murdered near his school in 2020). We use tragedies to advance an ideological agenda and to hammer out a reactionary discourse that has become the norm in France, at least in the political and media sphere.’

‘It became a political debate about how the government is not going far enough. The opposition parties, except NUPES (The New Ecological and Social People’s Union), but all the right and far-right, to show their disagreement with the government, say it is still a symbol of Macron not going far enough to ‘handle’ immigration. For them it is the forecast that France is doing badly, France is doing badly because of immigration and ‘look immigration kills, and kills a little girl, and look at how it kills, it kills in a barbaric way’ for them it was blessed bread for their political business.’

This link between immigration and criminality has been entertained for years by the far-right. Underlying it is the racist view that immigrants are criminals and threaten the French people. Valeurs Actuelles, speaks about a ‘migratory madness’ of the State that ‘threatens the country’.

To Yasser Louati, this media treatment exemplifies the monopoly of xenophobic discourse in France.

‘No one has talked about child protection, sexual violence, or the need for social services. Nobody spoke about the Judicial Youth Protection (PJJ) which we know is in a chronic lack of funding. Nobody spoke about the violence made on women. We are a country which registers as nearly as 100 000 rapes a year, we do not see the media seizing these subjects.’

The political analyst makes it clear that racism is at the centre of such coverage. He explains:

‘We had the murder of Justine Vayrac only a few days after that of Lola. Justine was violently murdered by a white man; we did not have an outcry. The only crimes that get national and government coverage are those where the accused is non-white. This says a lot about the state of discourse in France. It is the racial question that takes precedence and not the question of violence against women.’

The horrendous circumstances surrounding the killing of Lola were used as proof of the essential barbarism of immigrants and Muslims.

This idea was also used by femonationalists, those who use feminism in the pursuit of xenophobic agendas. One group used the case as a demonstration of the link between immigration and femicides. Collectif Nemesis is a French feminist collective that ‘struggles for the fulfilment of Western women’ and ‘denounces the dangerous impact of mass immigration on Western women’.

On Twitter, Collectif Nemesis posted a video of their demonstration in support of the victim. The video opens with ‘Lola was only twelve when she joined the long list of immigration victims’ and ends with ‘For Lola and all victims of immigration’.

‘In reality, if we look at the big crimes of the last few years, crimes of little girls, I’m talking about Estelle Mouzin, Maelys, the killers are white. But for the far right and politicians, it is not so serious. The murder of Estelle, of Maelys, does not legitimize their political strategy, the murder of Lola does.’

This media treatment exemplifies the racist and neo-orientalist view that the Arab, the other is barbaric by essence.

It legitimizes the theory of the great replacement. Emphasizing the killing of French people as a step towards an Islamic takeover of the country.

In the streets of Lyon, a French city often considered the cradle of neo-fascist movements, one could hear the crowd chanting ‘death to immigrants, outside terrorists’ or ‘remigration’, or even ‘Europe, Youth, Revolution’, a well-known motto of Italian nationalist movements in the 1960s.

Those slogans make it clear: an immigrant is a Muslim and is in essence a terrorist. The suspect’s nationality is used in validating theories of great replacement and the idea that Muslims and Arabs have the intention to kill and destroy the French people.

‘When the media push the view that there is a population in France that is the internal enemy, that it is the only one capable of committing this kind of crimes, you justify its perpetual criminalization, you maintain the idea that it does not belong to the national community and therefore you justify special laws that target this ‘other’ specifically. No one has talked about remigration when women are assaulted by white men.’

Such discourse takes more and more space in the French media landscape, normalizing racist and Islamophobic ideas. Donia Ismail speaks about an escalation. To Yasser Louati, such an escalation is partly due to the political profitability of Islamophobia:

‘Islamophobia is not only an acceptable racism but also a profitable racism. An unknown political figure that seeks to be known can just say ‘if I am elected, I will ban the veil in the National Assembly’, and the whole press will give them a platform. You can use Islamophobia in politics, it brings a lot of visibility, and it costs very little politically,’ says Yasser Louati.

In such a climate, political scrutiny, and violence against those identified as immigrants and/or Muslims are legitimized. In the past 20 years and after Macron’s first mandate in 2017, islamophobia has become more and more institutionalized.

For Yasser Louati, it is a political agenda that is meant to advance more and more anti-immigration, racist and repressive laws in France.