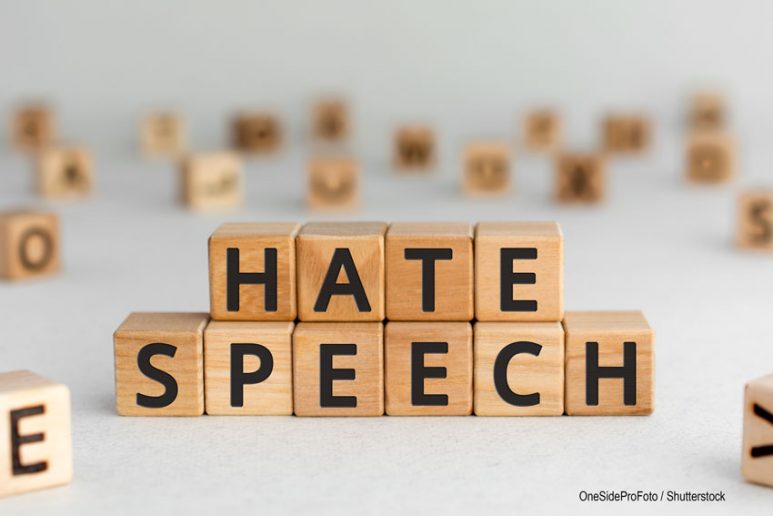 The challenge of hate speech in the Albanian media environment

The urgency of media literacy has been recognized in Albania and actions are being taken supported by European Commission, UNICEF, UNESCO, CFI Media Development and others.

This article was initially published on Reporting Diversity Network 2.0.

Main trends of hate speech in the Albanian media environment 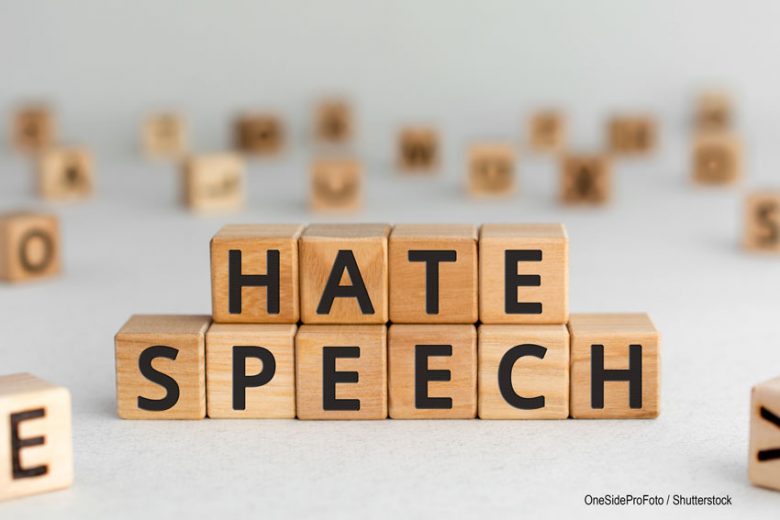 Monitoring hate speech in the Albanian media environment is a difficult process, first and foremost, due to the challenge of defining hate speech. In fact, there are not many monitoring reports on this topic. Those that exist are mainly carried out by organizations or activists of minorities such as Roma or LGBTQI groups, as they feel more threatened and prejudiced in the media. However, even from these organizations, monitoring is sporadic and often limited to a few media, which leads to a general lack of data in this regard.

There are two main trends related to hate speech in the Albanian media, as identified in surveys and monitoring conducted by the Albanian Media Institute (AMI). First, the primary source of hate speech in the media seems to come from politicians, especially their direct quotes. The extensive coverage of political life and debate in the media reflects the way politics has invaded almost every area of life in the country. The frequency of political hate speech in public space, and its repeated dissemination in the media reinforces the problem of hate speech and aggressiveness in politics and society. If we add the overall problems of Albanian media, along with the phenomenon of fake news and the post-truth moment, it seems that the media unwillingly contribute to legitimizing political hate speech. This is even more obvious during electoral periods, where political rhetoric becomes more severe and verbal assaults on opponents are at their peak.

Second, user-generated content is a rich source of hate speech, producing inflammatory comments, insults and derogatory speech against all possible groups, peoples or individuals and the source of this content is found almost exclusively in online media. In fact, most online media outlets allow the public to comment without filtering or moderating comments which creates a battlefield of insults and offences. Some other media outlets have started taking measures including requiring the registration of people that comment and filtering comments or deleting comments after publication. Other media do not take any action at all. A monitoring report of the most popular online media by the Albanian Media Council (2020) concluded that hate speech generally comes in a camouflaged way. The provocative comments that users leave on the comments section of the articles are the primary source of hate speech language, and not the content of the articles themselves. This finding confirms that the comments in the online media outlets are the primary source of hate speech in the media.

Online media seem most prone to hate speech, however, this phenomenon is certainly not limited to that. A survey of 50 journalists and editors from the country’s leading television stations revealed that half of them believe that there is an increasing trend of hate-speech-related content in television. Furthermore, 67% of them said that in their media outlets, little or no attention is paid to hate speech.

Another less frequent type of content, but a strong one, is found in those articles where journalists attack their colleagues, not speaking of arguments, but by attacking their privacy, personal choices, looks, career moves in general,etc. Although this kind of narrative is not affected by gender, it often happens that female journalists are more easily prone to these attacks through their appearance or private life.

When speaking of minorities as targets of hate speech in the media, the Roma community is one of the most targeted ones. It should be noted that user-generated comments are significantly different from the reports produced by media staff. A case study and a comparison of newsroom content to users’ comments, conducted by Albanian Media Institute (2014) reveal a clear dichotomy between generally neutral coverage of Roma from the press and the reflections and comments of users of online media. While the first seem to show no signs of prejudice in reporting and convey the statements and events as they happen, the comments clearly show prejudice and hate speech against Roma. Another characteristic of Albanian media related to the Roma community is “hate silence”. In this case, hate is not expressed through the discourse or reporting, but through ignoring and staying silent. While specific groups or minorities are not particularly attacked by the media, they are also under-reported or completely missing from the media scene.

Media outlets do not have proactive reporting on LGBTQI issues either. However, the LGBTQI community has been increasingly present in the media, albeit the quality of reporting is debatable. Sometimes there is more coverage of actors opposing this community. In fact, currently the opposition to the LGBTQI community and its derogation in the media come from political actors or other public personalities, while journalists themselves have generally behaved professionally and impartially. By contrast, the LGBTQI community seems to be the most persecuted community in user-generated comments, where inflammatory language, curses, and threats are published continuously.

Another scarce phenomenon which is noticed is related to religious hate speech. Albania has a long-standing tradition of religious harmony and tolerance, in which the main religious communities have coexisted peacefully. Although there are no obvious problems, there have been incidents from time to time, which have shaken the idea of tolerance and peaceful co-existence.  Religious hate speech is present in online media comments. Users use hate speech against religious groups including islamophobic speech, and verbal attacks against Orthodox and Catholic religious groups. However, at the same time, anti-Semitism does not seem very prevalent in the Albanian media environment.

Hate speech and disinformation is readily available on social networks, due to their ease of access, lack of filtering or regulation, and the immense possibility for fast dissemination of the content. In this respect, anyone with a social media account can potentially become a vehicle for spreading hate speech or disinformation. Among social media, Facebook is used to spread disinformation and fake news. Disinformation, propaganda or hate speech spread on Facebook by public figures who spread conspiracies, have a particular political agenda, or even are controversial on their positions.

In recent years local proponents of conspiracy theories, take an increasing space and attention including during prime-time slots on important television stations. While topics related to conspiracies at the global level are pushed by ongoing developments, local conspiracies sometimes tend to emerge from political debate or struggle in the country. The emergence of coronavirus gave a more prominent spot and media coverage to several conspiracy theorists, who were already present on Albanian media, even on national and prime time television. Regarding the coverage of coronavirus, it is difficult to find a program without the presence of conspiracy theories pushed by individuals who have engaged in promoting conspiracy theories for years, but also other people, even of scientific training or background, who do not believe in coronavirus, or on the measures to contain and fight it.

The efforts to respond to hate speech in Albanian media environment

In response to the hate speech presence in media environment, “No hate Alliance” was founded in Albania in December 2019 by People’s Advocates/Ombudsman, the Commissioner for Protection from Discrimination, Audiovisual Media Authority, and the Albanian Media Council. The Alliance constitutes a joint approach in fighting hate speech and promoting diversity in Albania. Additional to the national efforts to combating hate speech, Reporting Diversity Network 2.0 has been activated. The project is supported by the European Commission, and aims to activate the role of civil society in countering narratives of the divide and replacing them with positive discourse contributing to the values of respect for human rights, respect for diversity and good neighboring relations amongst Western Balkan countries. In order to do so, the project will empower a regional network of CSOs to work together with the aim to influence the quality of media reporting about issues of ethnicity, religion, gender, sexual orientation, and age.

While these are important steps forward in combating hate-speech, it would not be possible to respond and react on every hate speech narrative. Therefore the approach that fosters media literacy among large and diverse audiences in also needed.

The urgency of media literacy has been recognized in Albania and actions are being taken supported by European Commission, UNICEF, UNESCO, CFI Media Development, etc. The intention of media and information literacy is to create an educated audience, capable of thinking critically, able to distinguish fake news, misinformation and hate speech, preventing their widespread in different mediums.

*Note: This article is based on Albanian Media Institute’s (AMI) research and monitoring reports.